Mark Cuban Will Now Take Your Call (For $10k an Hour)

The premise of Clarity is so deceptively simple that it's surprising so few like it already exist. Essentially, the service links entrepreneurs to experts via a call-request service. Users, who sign up with Facebook Connect, can submit a question on a particular topic, and Clarity's algorithms will search for relevant advisors. It then suggests three experts with whom users can request a private call. If an advisor is immediately available, they can accept the call right away. If not, the user gets added to a callback list.

Advisors set the terms of the call and, if they choose, they can specify a per-minute billing rate. If they don't need the cash, they can instead ask users to donate the fee to a charity of the advisor's choice.

Right now, all this is offered via a website, which is optimized for mobile, but an iOS app will hit the market in a matter of weeks.

Clarity has been in private beta for four months, during which time it has signed up 1,200 advisors and helped place more than 4,000 calls. Big-name experts already offering their services through Clarity include Josh Elman, principal at Greylock Partners, Dave McClure of 500 Startups, and Eric Ries, author of The Lean Startup. Mark Cuban has also signed up, offering his advice at $10,000 an hour. Martell estimates only about 15 percent of the advisors actually charge a fee. Of that number, he reckons, 80 percent donate their fee to charity.

Clarity’s closest analogues are "expert networks" such as GLG, AlphaSights, and ExpertView, which are focused primarily on financial services. [Update: A commenter has also pointed out it's very similar to MinuteBox.]

Martell's goal is to unlock knowledge and insight for entrepreneurs from around the world. “Most of the calls that happen are actually from entrepreneurs around the world calling the hotbeds," he says, explaining the influence the likes of Silicon Valley and New York wield for the outside world. 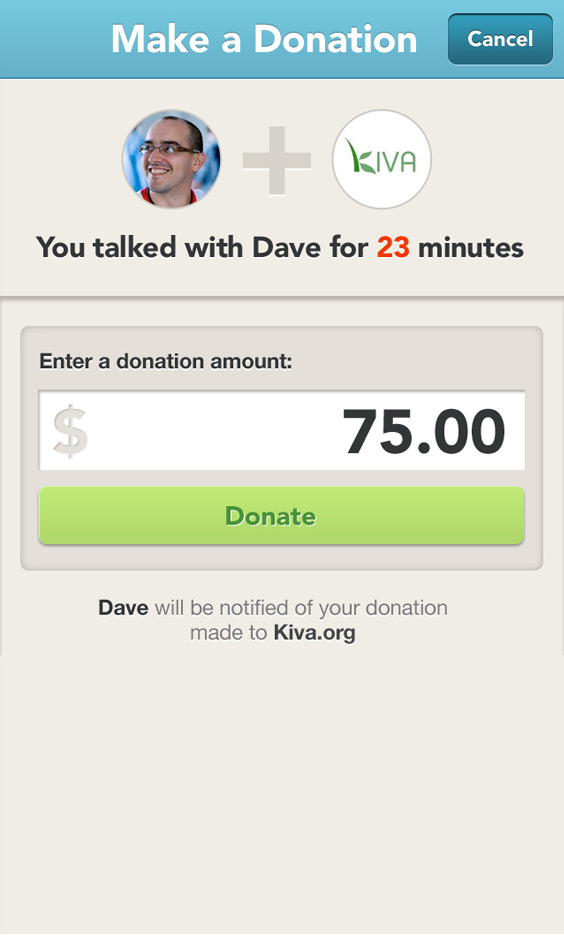 People in Silicon Valley tend to take it for granted that they'll have access to top-level information and advice, but that's certainly not a given for people in other cities and countries. This represents the best of the Internet's globalizing potential. Picture a young entrepreneur in Kathmandu getting advice on the phone from Dave McClure or Eric Ries. As long as they can speak English, there’s an advancement opportunity. Clarity already supports 120 countries and Martell plans to add localization features as the company grows.

Clarity is run by a four-person team split between San Francisco and New Brunswick, Canada. The service is already generating revenue – Clarity takes a 15 percent cut of the non-charitable fees – and it is a bootstrap operation. Martell’s lofty goal is to build a business that reaches a billion people within 10 years. Considering Clarity is so far focused on entrepreneurs, at first glance that seems preposterous. But there is plenty of scope for expansion.

Advice, after all, is a sought-after commodity across a wide range of sectors. I can picture a younger me calling up my journalism idols for advice on writing the perfect lead, getting my first piece published, and interviewing despots. (Alas, these days I have to settle for VCs.) Similarly, the service could appeal to investors, educators, health professionals, and athletes who want to improve their career prospects. It could even be useful on a social level.

Martell could tell you something about that. As a teenager, he twice went to jail on drug charges. By 18, he was in rehab, which he says saved his life. The reason rehab worked, he says, was that all the staff were ex-drug addicts. They helped him climb out of the same hole in which they had once found themselves.

Good advice, as Martell well understands, is hard to come by. Bad advice abounds. Sometimes, it might just be worth paying for a little clarity.