When Eduardo Saverin was 13, his family discovered that his name had turned up on a list of victims to be kidnapped by Brazilian gangs. Saverin’s father was a wealthy businessman in São Paulo, and it was inevitable that he’d attract this kind of unwanted attention. Now the family had to make a permanent decision. They hastily arranged a move out of the country. And of all the places in the world they could move to, the Saverin family saw only one option. They took their talents to Miami.

Would it be too much to say that America saved Eduardo Saverin? Probably. Maybe that’s just too overwrought. The Saverins were just another in a long line of immigrants who’d come to America for the opportunity it affords—the opportunity, among other things, to not have to worry that your child will be kidnapped just because you’ve become wealthy.

Yet if you study the trajectory of Saverin’s life—the path that took him from being an immigrant kid to a Harvard student to an instant billionaire to the subject of an Oscar-winning motion picture—it emerges as a uniquely American story. At just about every step between his landing in Miami and his becoming a co-founder of Facebook, you find American institutions and inventions playing a significant part in his success.

Would Eduardo Saverin have been successful anywhere else? Maybe, but not as quickly, and not as spectacularly. It was only thanks to America—thanks to the American government’s direct and indirect investments in science and technology; thanks to the U.S. justice system; the relatively safe and fair investment climate made possible by that justice system; the education system that educated all of Facebook’s workers, and on and on—it was only thanks to all of this that you know anything at all about Eduardo Saverin today.

Now comes news that Saverin has decided to renounce his U.S. citizenship, most likely to avoid a large long-term tax bill on his winnings in the Facebook IPO. Saverin owns about 4 percent of Facebook stock. By renouncing his citizenship last fall, well in advance of the IPO, Saverin will pay an “exit tax” on his assets as they were valued then. But he’ll pay no tax on income derived from stock sales in the future—that’s because he now lives in Singapore, which has no capital gains tax. It’s unclear how much this move will save him, since it depends on how Facebook’s stock performs. But let’s say the value of his stock doubles over the long run, from an estimated $3.8 billion now to around $8 billion. If that happens, he won’t pay any tax on the $4 billion increase in value—which, at a 15 percent capital gains rate, will save him $600 million in taxes.

Is this fair? No. It’s worse than that, though. It’s ungrateful and it’s indecent. Saverin’s decision to decamp the U.S. suggests he’s got no idea how much America has helped him out.

So, to enlighten him, let’s list all the ways Eduardo Saverin has benefitted from America. First and most obviously, he lived a life of relative safety in Miami, something that wasn’t guaranteed for him in Brazil. Second, also obvious: If Saverin hadn’t come to America, he wouldn’t have met Mark Zuckerberg, and—not to put too fine a point on it—if Saverin hadn’t met Zuckerberg, Saverin wouldn’t be Saverin.

Third: Harvard. Zuckerberg and his cofounders met in the dorms, and while Harvard is a nominally private institution, it enjoys significant funding and protections from the government. In 2011, Harvard received $686 million, about 18 percent of its operating revenue, from federal grants; that’s almost as much as it received from student tuition.

Would Facebook have been founded without Harvard? Perhaps—maybe Facebook would have come about wherever Zuck went to school. Still, there were social networks at lots of other schools. There was clearly something about Harvard’s student body that was receptive to Facebook.

More generally, elite, government-sponsored American universities like Harvard have been instrumental in the founding of many tech giants. Microsoft’s founders met at Harvard. Yahoo and Google’s founders met at Stanford. But even if you believe that these universities shouldn’t claim credit for the companies they brought about, it’s still hard to argue that Facebook would be where it is today without the American taxpayers’ large investment in public education. Facebook depends on really smart people to make its products. You don’t get smart people without tax dollars.

Fourth: The American government’s creation of the Internet. The strangest thing about Silicon Valley’s libertarian politics is how few people here recognize how the Internet came about. ARPANET, the earliest large-scale computer network that morphed into the Internet, was funded by the U.S. Defense Department, as was the research into fundamental technologies like packet switching and TCP/IP. Delve deeper into the network and you get to the microprocessors that run the world’s computers—another technology that wouldn’t have come about by loads of federal research grants.

Even the Web itself can trace its founding to government grants. Tim Berners-Lee worked at CERN, the research group funded by Europeans governments, when he worked on the HTTP protocol. Marc Andreessen worked at National Center for Supercomputing Applications—which is funded by in a partnership between the federal government and the state of Illinois—when he created the Mosaic Web browser. Then you’ve got GPS, a technology that makes much of the mobile revolution possible, and one that is wholly created and operated by the U.S. government.

Fifth: The judicial system. If it weren’t for the U.S. courts and laws, Saverin might have been permanently shut out of Facebook. But in 2009, he settled a lawsuit with Facebook that gave him credit as a co-founder and his current stake in the firm. In other words, it’s only because Saverin could sue Facebook and depend on a relatively fair judicial system that he’s got the billions on which he’s now skirting taxes.

Fair courts aren’t to be taken for granted, by the way. There are many places in the world where, if you are wronged by a billionaire, you wouldn’t be able to do anything about it. One of those places is Brazil; according to Transparency International, the courts in Saverin’s birth country are beset by corruption.

Now, none of this is to discount Saverin’s own contributions to Facebook’s success. Though he was only there at the beginning—and although he had some pretty terrible ideas for Facebook, including his plan to show interstitial ads when you went to add a friend—let’s assume that he did in fact add $4 billion of value to the world.

The question is, what’s fair for him to keep?

As an immigrant myself, I’ve got no patience for the argument that he should keep all of it. Pretty much everything in my life that I enjoy wouldn’t have happened without my being in the United States. My education, my job, my wife and family, the fact that I’m not persecuted for my race or religion (I was born in South Africa), the fact that I can sometimes forget to lock my doors at night and not end up killed by marauding bands—I hate paying taxes as much as the next guy, but when I think about all the ways that the United States has been integral to everything in my life, taxes seem like a tiny price.

Now, remember that the tax rate on long-term capital gains is only 15 percent. In other words, Saverin gets to keep 85 percent of everything he’s making from Facebook’s IPO. Given how much of his wealth depends on the government, that’s more than fair. 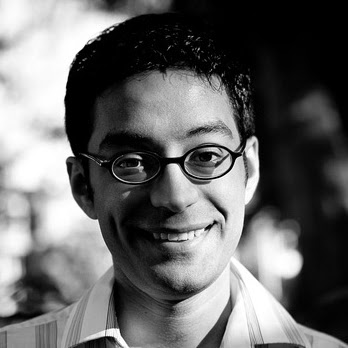 Written By
Farhad Manjoo
Spread your love, share the article