UC Web Has 200m Users and the Potential to Disrupt iOS: Bring It On

Mobile applications that are hosted on platforms such as iOS and Android probably have a limited time on earth. There are too many of them, they balkanize our data, and they require constant updates. They’re also a huge inconvenience for developers, who have to tweak their products for multiple platforms and ever-changing requirements. Some people – and at least one major Internet company – are already thinking of a mobile world without apps.

In his recent interview with Wired, Marc Andreessen [disclosure: he’s an investor in PandoDaily] said they’re a “temporary step along the way toward the full mobile Web." That step might last a long time, he conceded, because networks are still limited. But if ubiquitous, high-speed wireless connectivity does come, “then in time everything will end up back in the Web model. Because the technology wants it to work that way.”

As it stands, however, we don’t have anything that comes close to replacing the convenience of platform-hosted apps. For now, we still rely on their superior speed and customized design. There is one major player creeping into view, however, that could change that fast.

UCWeb provides a slick and centralized Internet browsing experience for mobile. In one sense, it’s an old-school portal, with links to top sites and a homepage that users can tailor for their Internet needs. It’s also a media destination, providing a seamless, fast, and consistent way to read aggregated news. But it also has social integration, and recently it joined forces with Evernote.

Most of those, you might have guessed, are in China, where the UC Browser has 56 percent of the mobile browser market. Three-quarters of those users downloaded the app, while the other quarter came to it because it was pre-installed on their phones. The browser is also rising fast in developing countries. It has users in nearly 150 countries and in India, it enjoys 20 percent market share (and rising). Its Facebook page has 1.5 million Likes – and Facebook is blocked in China. On Android, which comes with affordable smartphones in many developing countries, it is adding 200,000 users a day.

Earlier this week, I talked to UCWeb CEO Yu Yongfu, and he told me the company’s target is 1 billion users within five years.

Until recently, nothing quite like UCBrowser existed for the US market. But then, ever so quietly, that changed. Last week, UCWeb launched an alpha edition of the browser with an American audience in mind. I’ve been using it for a few days now, and I like what I see.

It’s very early days for the browser – or platform, as the UCWeb guys prefer to call it – so it comes with numerous bugs. The team is deliberately moving slowly in the US, because it understands the perils Internet companies face in trying to barge their way into foreign markets. Because of the failures of eBay and Yahoo in China, they’re more than familiar with the cultural missteps that can bring down a company. With that in mind, they’re concentrating on developing markets. 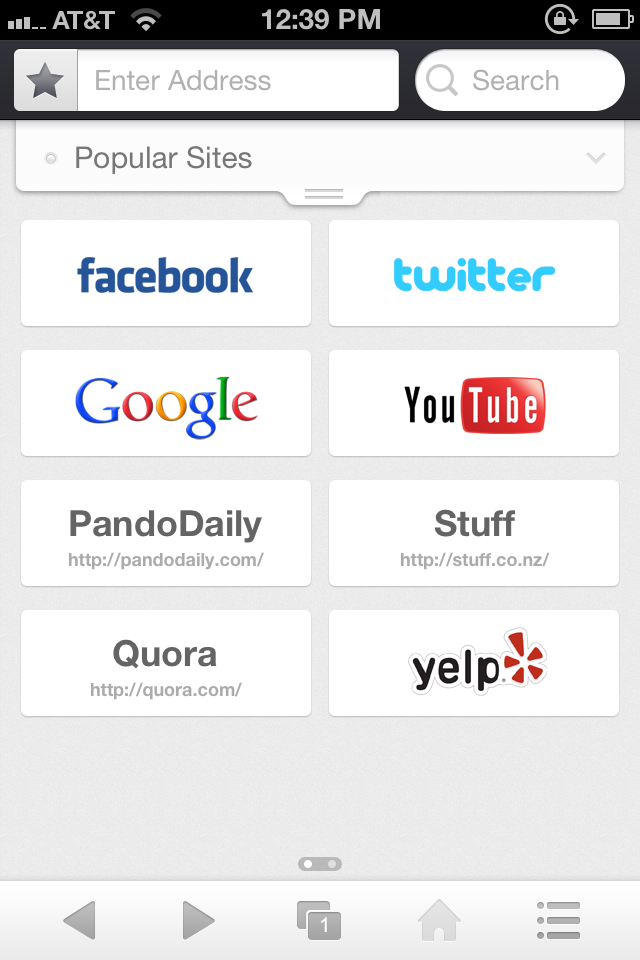 That said, both the technology and strategy behind the US version of the UC Browser are impressive. For a start, there’s the terrifically named “Thunder Mode,” which uses its own cloud servers to help power faster downloads, just as is found in Opera Mini and Amazon’s Silk browser for Kindle Fire. The difference is that UC has been using this technological innovation for years. (The company was founded in 2004, long before the iPhone revolutionized the mobile market.)

I’m a tentative fan of the interface, too. There’s a home screen to which you can post big links to your favorite websites. This page is, rather awkwardly, called “QuickDial” – they were probably shooting for SpeedDial. At the moment, there’s a limit of eight, with Facebook, Twitter (which for me totally bugs out at the sign-in page), Google, and YouTube pre-loaded. Then, there’s a pull-down “curtain” that sits on top of the homepage, offering links to “popular sites” in the entertainment, news, tech, social, and shopping categories. The UC team needs to do more research on this front especially. Neither PandoDaily nor TechCrunch are included in the tech category, and the presence of India Times and Rediff suggest that this a pretty hasty remix of the browser’s Indian version. 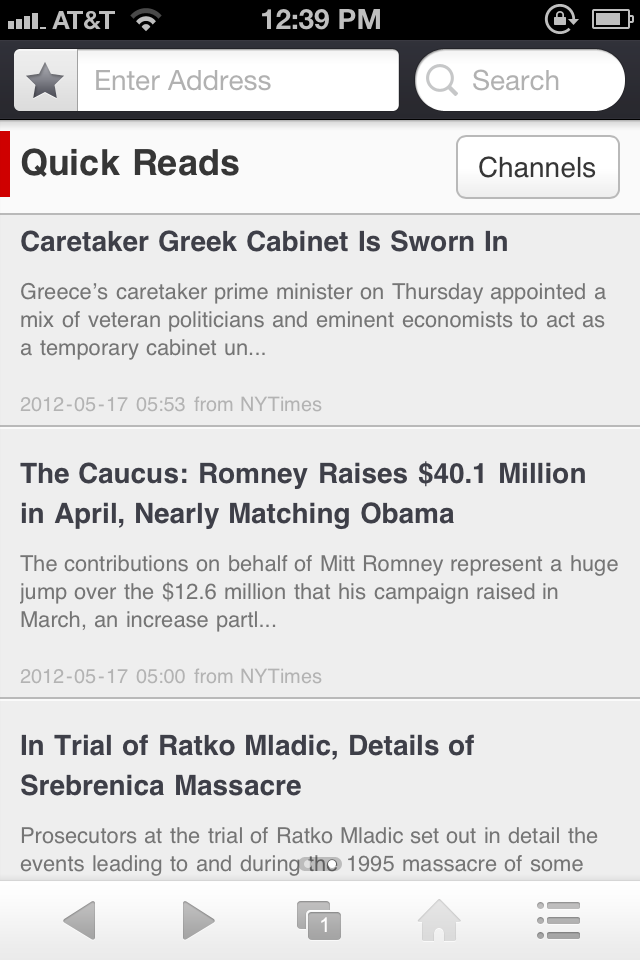 I also like the “QuickReads” section (again, “SpeedReads” might have been better). It’s a straight-up RSS reader that is perfectly tailored for mobile. You get to it by side-swiping from the homescreen, and you can add channels across numerous categories. The reader provides headlines and an intro excerpt, and then sends readers to the publishers’ mobile sites for more. (It was because of this, incidentally, that I discovered something interesting: the New York Times mobile site is much more useful than its iPhone app, even if less pretty.)

Today, UCWeb makes its money from advertising and by serving as a Web platform for third-party apps. In China, it takes a 50-50 cut on revenues generated by such apps. Clearly, that’s not going to fly in the US, where Apple’s 30 percent commission on iOS revenues is considered egregious. So far, CEO Yu has remained tight-lipped on the private company's finances, but at a recent mobile Internet conference in Beijing he said UC will not be rushing towards an IPO. The company has enough money, he said. Part of it comes from GGV Capital, which was ushering the company on a tour of Silicon Valley last week.

Will UCWeb be able to spark a new war among mobile browsers? I certainly hope so. Giving the iPhone a larger screen so it can display another row of apps on each page is not going to solve the problem of app-overload. And in the meantime, UC Browser makes Safari look pedestrian. Its portal-like approach mimics the native iPhone and Android experiences, but in a total Web environment.

UC's goal of 1 billion users within five years sounds overly ambitious right now, but when super-fast and ubiquitous wireless connectivity does come along, it will have an early advantage. That's fine with me. Let's see Safari, Chrome, and Opera scramble to catch up. Let's see Dolphin, another Chinese company, push its voice search into new realms. Let's see the fight begin. The mobile Web needs it.