This approach to publishing is nothing new. In fact, it has already been done better by Push Pop Press (since acquired by Facebook) for Al Gore’s book “Our Choice," and by Atomic Antelope for an iPad-only version of "Alice in Wonderland". But they were apps. This is one of the first substantial initiatives using Apple’s iBooks Author, which allows developers and self-publishers to create their interactive books for the platform.

“Cleaning Mona Lisa” is an elegant reading experience that Tapity designed for iBooks from the ground up. Tapity typically makes apps – such as the student-focused Grades, which won an Apple Design Award in the same year that Push Pop Press won one for “Our Choice” – and is very design focused.

Jeremy Olson, the 21-year-old software and information systems student at the University of North Carolina who founded Tapity, said they designed the book in a way that best fit the technology, and not the other way around. The company thinks of itself as the producer of the book, rather than a publisher.

“We tried to really enhance the story with it,” says Olson, who is also an app designer and does the company’s marketing. “I’ve seen other interactive books where they have a lot of widgets and things, but it almost seems arbitrary sometimes... With these books it’s really like making nothing else we’ve ever made before. It’s really like making a movie.” 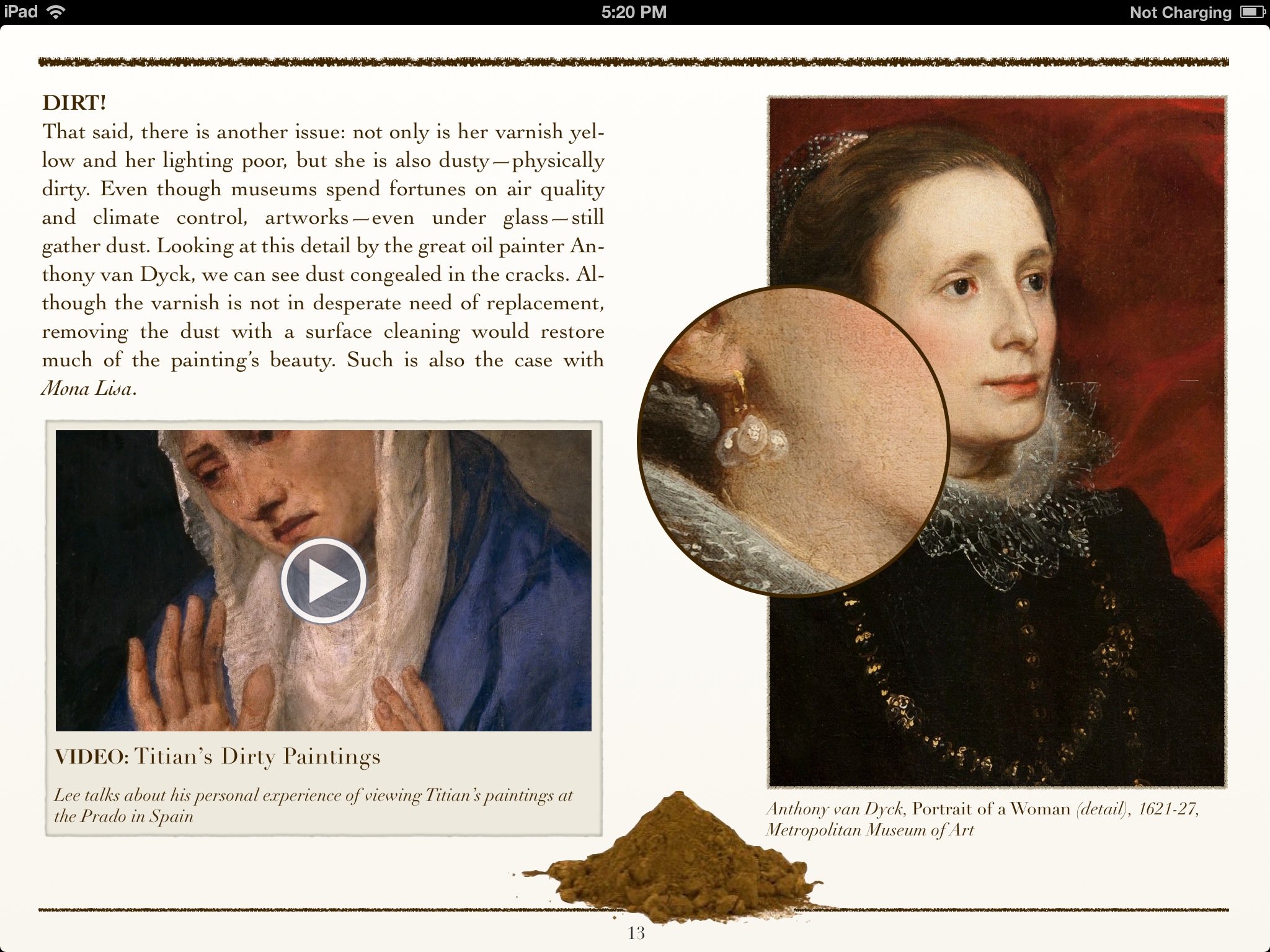 Building an app like “Our Choice” would have cost in the range of $100,000, Olson estimates, but Tapity was able to produce “Cleaning Mona Lisa” for just a few thousand. That in part speaks to the power of Apple’s still-emerging and, by some accounts, flawed iBooks Author program. It also represents a small step closer to a future of digital publishing, outlined by Craig Mod in his essay Books in the Age of the iPad, that to date has been far from fulfilled.

The book is so far just an experiment in the business sense. Tapity will be selling it through iBooks for $3, and the revenues will be split among the company, Sandstead, and, of course, Apple. So even with the low overheads, they’ll have to sell a lot of copies to make the venture profitable.

But the bootstrapped company does have the advantage of having only three employees – and they shouldn’t be too hard to mollify. After all, one of them is Jeremy’s older brother Josh, who’s also a designer. The other is his dad, Todd, who last year joined as the head of business.

Olson says Tapity is still at its core an app company, but the three will watching closely to see how well the interactive book does. In the meantime, they’re working on a offline translation program called Languages, a joint project with Sonico, the developers behind the popular iTranslate app.