What Is Silicon Valley?

Tell me what it is that makes Silicon Valley so special. Why should startups move there? Why, in this age of always-on Internet, does it still matter to be there? To get all metaphorical, what is Silicon Valley?

Despite the years of brow-furrowing on these matters, few people can really answer that last, crucial question. When I was in the Valley last month, I put it to a bunch of top-shelf VCs, entrepreneurs, mentors, and fellow journalists. All had a response, but none was the same as the next. There was no unifying theme; no clarion call that defined the Valley’s unique place in the world – which seems a glaring deficiency at a time when other places are lining up to challenge the Valley’s status as the world’s preeminent technology center.

Rockets are being launched by a company from Los Angeles. China is building social media products that count users in the hundreds of millions within their first year. Mayor Michael Bloomberg is transforming New York into an innovation hub at a remarkable clip. Yet, somehow, the Valley can’t be dislodged from the podium.

Why? Because it is the ultimate social network. Just don’t expect anyone there to tell you that.

Critics do a great job of pointing out the Valley’s shortcomings. It has a herd mentality on big industry themes. It’s full of comfortable careerists who aren’t challenged by their environment. It’s an echo chamber. People in the Valley, too engrossed in Quora, aren’t dealing with “real word” problems.

The response to these volleys has been muted or muddled, with no-one stepping up to offer a bullet-proof defense of what makes the Valley unique. And so the blows are allowed to land. And they’re not just coming from rival New York. Worse, they smack of legitimacy.

Example: “Too many people in the Valley are focusing on issues that are interesting to tech people, but not on the on-the-ground needs of communities in the real world,” says Ben Brown, the founder of Austin-based app development company XOXCO. Brown spent three years in San Francisco in the mid-2000s after selling Consumating.com to CNET.

Like startups Branch and Qwiki, who have recently packed their bags for the Big Apple, Brown wasn’t seduced by the Valley’s supposed charms -- which is part of the problem. No-one seems really sure of what those charms are.

It’s the talent pool, a few VCs told me, suggesting that all the world’s star programmers come to the Valley. It’s the ability to scale, said someone else. All the major platforms – the Facebooks, the Twitters, the YouTubes – are there, said another. It’s the “can do” culture and pervasive entrepreneurial spirit, apparently. Nearly everyone said Silicon Valley investors and entrepreneurs alike have an unparalleled willingness to take risks – and big ones at that.

All of those are at least partly true, but none provides a firm, galvanizing answer to the question, “What is Silicon Valley?” What is missing is a cohesive statement that captures the Valley’s essence. Not a slogan, but a wide-angle lens. Something that brings all those blurry notions of advantage into sharp focus.

Actually, for me the best explanations of what puts the Valley above all others came from conversations I had with two authors who operate outside the tech bubble. One was Enrico Moretti, an economist at UC Berkeley who has just published a book called “The New Geography of Jobs”. The other was neuroscientist and journalist Jonah Lehrer, who a couple of months ago published “Imagine”, a book on how creativity works. Both authors talked about the powerful social multiplier effect at play in Silicon Valley. 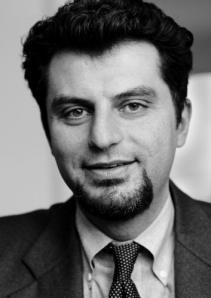 Moretti looked at it from an economic perspective. He said that the social multiplier effect – how a phenomenon in a particular area is amplified by the interactions of people within a network – is a crucial competitive advantage that innovation clusters have over other localities. “An innovative firm in the Valley grows not just on the expertise of its own workers, but it grows on the entire ecosystem that surrounds it,” Moretti told me.

Lehrer, on the other hand, compared today’s Silicon Valley with the age of excess genius in Shakespeare’s London. “One of the reasons you get a cluster of geniuses is because they all make each other better,” Lehrer told me. “In part, that’s through competition, but it’s really about the sharing of ideas and knowledge, and the more sharing that takes place, the more horizontal interactions – the more William Shakespeare steals lines from Christopher Marlowe, who steals lines from Francis Bacon – the better everyone gets.”

Ideas are a currency in Silicon Valley, and they’re passed around in almost every aspect of life: In meetings, at parties, in incubators, in conferences and at talks – even at the urinal. Steve Jobs famously designed the Pixar headquarters to encourage chance encounters between employees in the bathrooms. The absence of no-compete clauses in contracts, meanwhile, also helps ideas spread and mutate as talented people jump from, say, Apple to Facebook to Path. 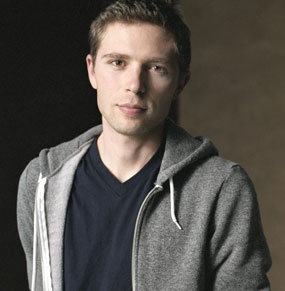 Lehrer pointed to a 2003 study by Martin Ruef, now a sociologist at Princeton, that found one of the biggest predictors of success for entrepreneurs was the diversity of their social networks. Ruef measured innovation in terms of the number of patents, the number of trademarks, and the amount of revenue from those patents and found that entrepreneurs with more diverse social networks were three times more innovative than ones with tight networks. His study also concluded that the most creative entrepreneurs spend less time than average networking with business colleagues and more time with strangers and acquaintances.

Silicon Valley's real strength, in other words, lies in its social network. And that network is a bulwark, a self-reinforcing buttress that only grows stronger as it grows bigger.

Take it from a guy who knows what it’s like to work as a venture capitalist and entrepreneur from far outside the Valley. Brandon White, founder of TidalFish and Zuess, lives on the Eastern Shore of Maryland, near Baltimore. He chooses to stay there because he wants to contribute to his hometown, but he spends about half his time in the Valley. He also knows what it’s like to try to invest in the tech space from afar. He gave up being a venture capitalist in Northern Virginia, because the Valley just had too many advantages.

“They have everything,” he says: The founders, the investors, the connections to bankers, and big companies that can buy the little ones – and across all different types of tech. That powerful network has been building up since the 1960s.

As for the hopeful rivals, such as New York, Beijing, Tel Aviv, and even smaller centers in the US? Well, White isn’t totally dismissive of their chances, but he is utterly pragmatic. “They all have potential, but it will not happen overnight,” he says. “It will take a concentrated effort, and it will take a little bit of luck. Imagine what it takes to replicate Silicon Valley. It takes entrepreneurs, it takes money, and it takes successful companies staying there to help further the ecosystem.”

As Facebook and its 950 million users prove, once a dominant social network has momentum and stickiness, it is an unstoppable force. With Michael Bloomberg’s support and an ever-growing ecosystem, New York will be an important complement to the Valley, but for at least the next couple of decades it will be a mere Twitter to the Valley’s Facebook. Ditto for the international tech hubs.

Facebook built a network of nearly a billion users in eight years. But that’s Internet time. In human time – which exists in a world of real things, flesh and blood, realized ideas, and weighty, tangible infrastructure – it takes decades to build a network of equivalent strength. Silicon Valley has been at it since the ’60s. One day, that immense social network may crumble, but it’s not going to happen any time soon.

And that's why the Valley always wins.