I've spent this week in Hong Kong, a city I called home between 2006 and 2010. It's too early to write the definitive Hong Kong startup tech scene post, but I do have a few initial thoughts to share. I'll flesh each of these out into more substantial stories in the coming weeks.

Hong Kong is a city of 7 million people, and it sits on the doorstep of the world's largest Internet market. It has a cellphone penetration of 1.8 phones per person and smartphone penetration of 61 percent. There is wifi everywhere, but mostly it is offered via paid subscriptions through one of the telcos, who also offer it cheap on a day-to-day basis for mobile via 3G SIM cards. 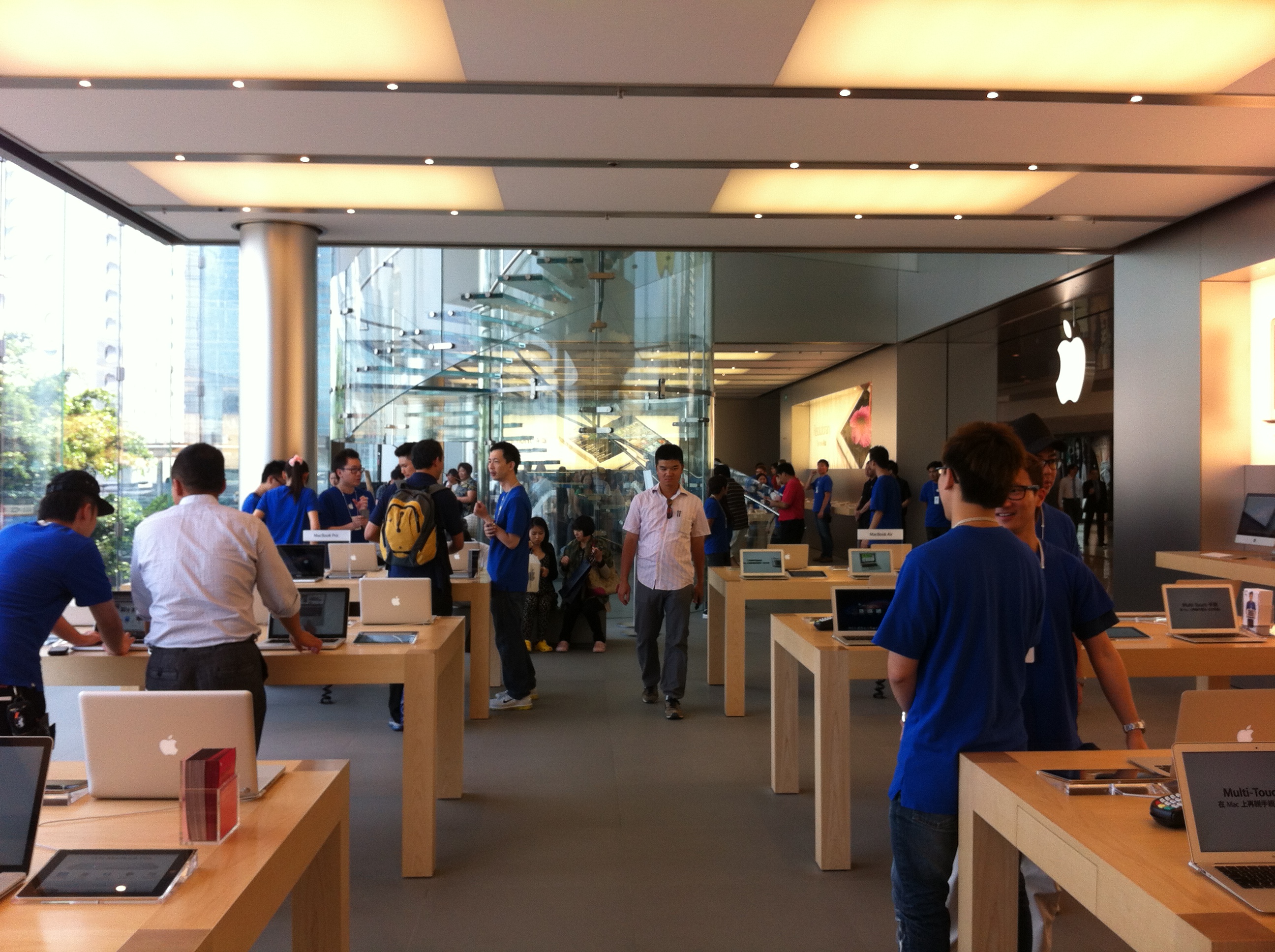 When I left the city in 2010, the only way to buy Apple products was through partner stores or the official website. Today there is a giant two-storey store in one of the city's most expensive shopping malls, IFC, which is right in the middle of the glitzy Central District. I have walked past the Apple Store almost every day of this week, and every day it has been swarming with customers, many of whom are from Mainland China. A lot of them are looking for the iPad, which still isn't available in in China (but should be within weeks). Apple's products are also cheaper in Hong Kong. The only thing more impressive than the number of customers flowing in and out of the store is the number of purple shirts. There are Apple Store workers everywhere.

Hong Kong is also a finance hub, playing host to an international banking set rivaled only by New York and London. Its economy has fared better than the Western world of late, being able to weather the financial crisis by riding the coattails of China's gangbuster economic growth, which is only recently starting to slow. It has quality universities, successful, big companies, and a strong culture of business and commerce. It also has tax rates among the lowest in the world.

Somehow, however, none of that has translated into a thriving entrepreneurial culture, nor an ecosystem for startups that is anything more than what could only kindly be described as "developing". There are a number of reasons for that, but the main one is that the dominant culture isn't friendly to the concept of risk. The schooling system in Hong Kong and the prevailing cultural mindset favors stability and security over uncertainty and innovation. So, instead of dreaming of "changing the world" or even building one's own creative business, youngsters are encouraged to get jobs as lawyers, or doctors, or businessmen, or bankers, or…well, anything that assures a secure future. That's reflected in the education system, which is based on rote learning and passing exams rather than, say, creative thinking or leadership.

This conservatism feeds into ecosystem at all levels, something our own Sarah Lacy has written about in relation to China. So not only is there a lack of risk-taking entrepreneurs, but there's also a lack of risk-friendly venture capitalists, which means few startups get started, fewer get funded, and the ecosystem has trouble growing. There are some people working hard to change that in Hong Kong – I’ll get to them in a later post – but they’ll have a tough fight ahead. I used to report on the arts scene in Hong Kong and saw the same cultural forces at play, stymying creativity.

Benefitting From a More Expensive China

One area in which Hong Kong's tech industry could really stand to gain is in its proximity to Mainland China. That might seem obvious, because China should be a huge market opportunity for its small neighbor. But what's less obvious is that as China gets more expensive, it increasingly makes sense to shift small-scale production to Hong Kong, even though most of its factories long ago hopped across the border to Shenzhen.

The New York Times recently did a series that asked why iPhones aren't made in the US. The answer, as it turned out, had little to do with cost. Because of the appreciation of the yuan and increasing wages related to China's improving economy, it's just not that cheap to do manufacturing in China anymore. Instead, what really matters is China's ability to produce things quickly and to completely change its processes with just a moment's notice. So, if Apple decided one night to change the screen it was using on its iPhone, its factory partners in China could get the job done quickly and without fuss, delivering an altered product the next morning. Another major advantage is that China's manufacturing clusters can take care of every step of the supply chain, and fast. It’s almost impossible for post-industrial America to compete with that, and the geographical distance only makes it harder. 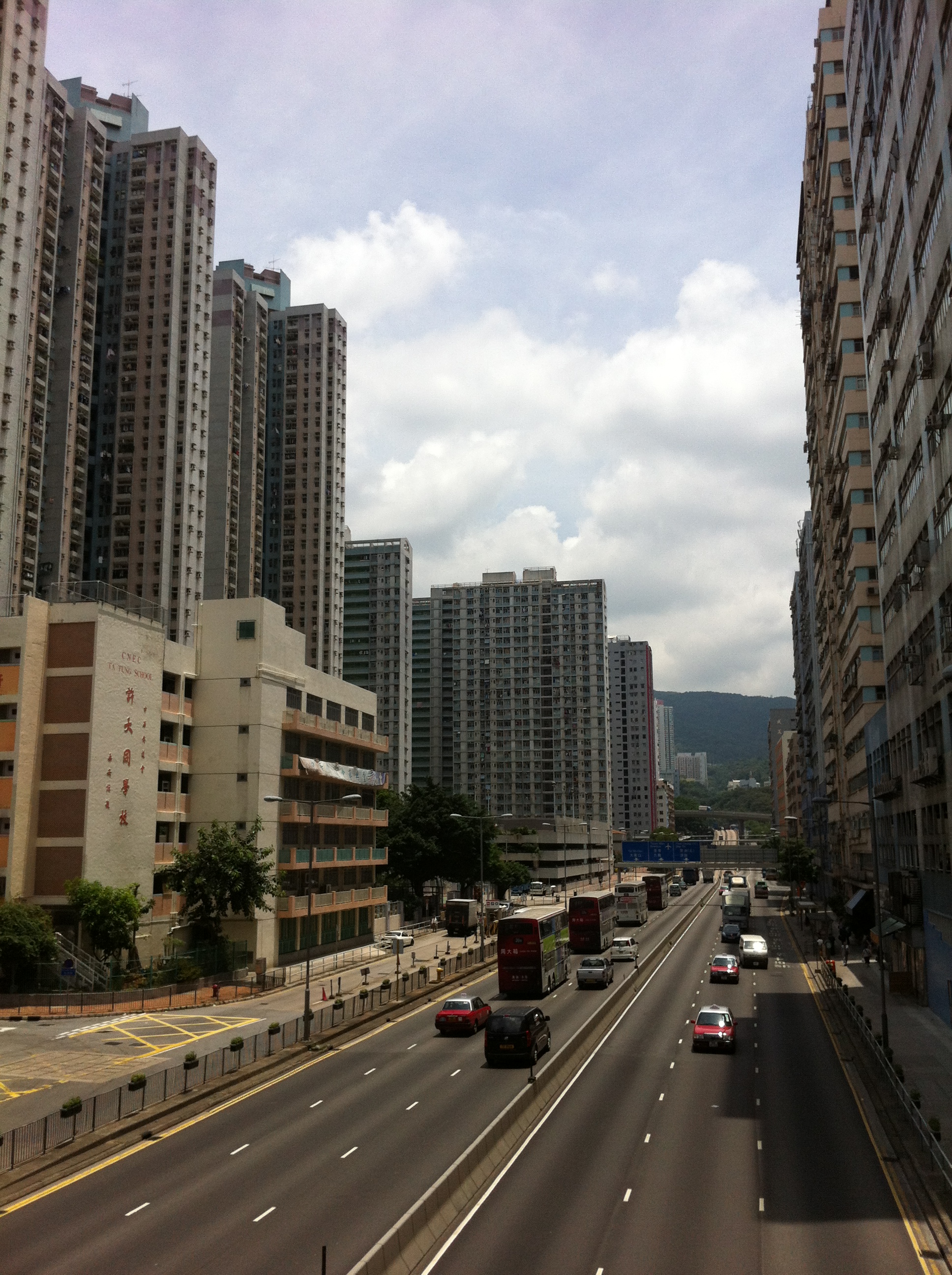 One of Hong Kong's industrial areas

Post-industrial Hong Kong, on the other hand, has a better shot. Here, it’s possible to find labor that’s not much more expensive than it would be on the Mainland, and also more reliable. (Although Hong Kong has a dizzying number of millionaires, one NGO estimates nearly one in five Hongkongers live below the poverty line.) Until factories started jumping the border in recent decades, Hong Kong had a burgeoning manufacturing industry. Now, many factories on the Mainland are starting to find that it’s hard to retain workers, who jump from job to job for better wages and who sometimes don’t return to work after holiday breaks. As industrialization escalates in cities outside the major centers, many migrant workers are finding they can work in factories closer to home. That fluidity has contributed to increasing instability and inconsistency in China’s labor marketplace.

In that sense, albeit on a small scale, there are opportunities for companies to base themselves in Hong Kong and get the best of all worlds: a free port, low taxes, low shipping costs from China, access to sophisticated and reliable factory workers, a stable business environment, and, most importantly, almost-seamless access to the immensity and power of China’s agile supply chain. In the coming weeks, I’ll be highlighting a few of the companies taking advantage of that.

Despite its ecosystem handicaps, there are a few bright spots in Hong Kong’s tech world. A small group of individuals and close-knit teams (many of whom are expats) has managed to find a way to either self-fund, or raise funds for, ambitious startups in the areas of big data, publishing, gaming, trading, clean energy, and environmental innovation.

There is much to be excited about among these companies, but in a city of 7 million tech-savvy citizens in one of the world’s richest economies, it has to be said that Hong Kong is punching well below its weight. The challenge for these startups will be to scale within an ecosystem that lacks mentors and a healthy venture capital structure. The challenge for the city will be to keep them here.