The Great Replacement: Microsoft, Yammer, and a New World in Enterprise Computing

As with Facebook's Instagram acquisition, Microsoft's reported $1.2 billion purchase price for business-software company Yammer likely doesn't really reflect what the startup is worth in earning potential. Rather it's an indication of how much the buying company is willing to pay to keep it out of competitors’ hands, acquire the talent on the team, and neutralize a potential threat to its business.

Also like the Instagram acquisition, which confirmed the transition from Web 2.0 to the Age of Mobile, it's part of a momentous paradigm shift. It signals the end of an old world of enterprise computing, which has been dominated by large and entrenched corporations, to a new world in which smaller, more nimble outfits upset the status quo with cloud-enabled software and mobile platforms.

We are in the middle of a $600 billion disruption, but hardly anyone has noticed. The once-staid world of enterprise computing is in silent convulsions, with incumbent giants being assaulted by startups that are building from scratch for a new era in which the cloud, mobile, and on-demand software will dominate. Hot companies such as Dropbox, Asana, and Atlassian will ascend to the throne, while the corpses of the old rulers – Microsoft, Oracle, SAP – will lie rotting in the gutter. The Great Replacement is beginning.

Maybe. Some people beg to differ. But I’ll get to them soon.

“There is really a full blown reawakening in the innovation of enterprise,” says Peter Levine, a general partner at venture capital firm Andreessen Horowitz. “This is a renaissance in enterprise computing.”

And for many, Levine says, that’s going to hurt. Data centers are being supplanted by cloud infrastructure. On-premise applications will be surpassed by software as a service (SaaS). And, thanks to the rise of mobile, PCs will become increasingly marginalized. These three shifts are dramatic, real, and they’re enlivening a sector of computing that a decade ago everyone thought was dead.

“In my 25 years in this business, I’ve never seen three simultaneous shifts of this magnitude,” says Levine, who spent 11 years as a senior employee at Veritas Software and later went on to be CEO of XenSource, a provider of open-source virtualization software that in 2007 was acquired by Citrix for $500 million.

On an individually occurring basis, says Levine, there have been shifts like this since the beginning of tech. It happened with the move from the mainframe to the personal computer or the custom usb drives, for instance, and again with the advent of the Web. In each case, major players, once dominant, got left behind. It happened to IBM, Sun Microsystems, and Cisco. Now there’s a risk it’s going to happen to the likes of Microsoft, Oracle, and SAP.

Of course, even accounting for market expansion, those new franchises will come at someone’s expense. But the rewards are massive. Every year, Levine says, about $600 billion is spent on data centers, on-premise applications, and PCs. “There’s a massive opportunity for new companies and new players to take shape."

Levine says it’s not impossible for legacy corporations to make the leap over the “chasm,” as he calls it, but it’s hard for a company to change course so drastically when it has done business in a particular way for so long.

Take Microsoft, for example. “It’s just really difficult when the fundamental Microsoft franchise has been built on licensing software to PCs. It’s very difficult to shift that into a world where mobile devices don’t run the Windows operating system, and mobile devices are now running applications that are driven from the cloud.”

(For the uninitiated, "software as a service" can also be understood as "pay-as-you-go software" and "cloud" refers to storage and computing hosted remotely, usually by a third-party Internet service.)

Startups, then, have a significant tail wind. And – surprise! – Andreessen Horowitz are backing a number of them, including Nicira, Box, and Mixpanel. “While they may not have market share or customers [as a] startup, it’s just a huge advantage if I can start with a new model and not have all the legacy baggage to take along with me.”

Naturally, that idea gets a lot of pushback from the incumbents. And here’s where I introduce the unbeliever.

Tim O’Brien, Microsoft’s general manager of platform strategy suggests it would be foolish to underestimate Microsoft. The company might be known for selling software out of a box (even pioneering some of the best HDD Recovery Services ever), but since 1997, when it acquired Hotmail, it has been delivering cloud services on a global scale for 600 million consumers. Microsoft has also been in the enterprise software business for more than two decades, O’Brien points out. All of that adds up to valuable institutional knowledge and experience, which are non-trivial in the enterprise context.

What Microsoft has learned and startups are only now finding out is that there are no shortcuts to understanding enterprise requirements, says O’Brien. “The things that keep businesses up at night have as much to do with compliance and security and governance and data portability, and things like that, as they do with innovation and disruption and business agility, and some of the new things that probably get more attention in the press," he says.

And in any case, wherever it might have shortcomings, Microsoft can always spend the big bucks to absorb younger, more agile players – as it has proven with the impending Yammer acquisition. (I spoke to O’Brien before the Yammer news broke.) 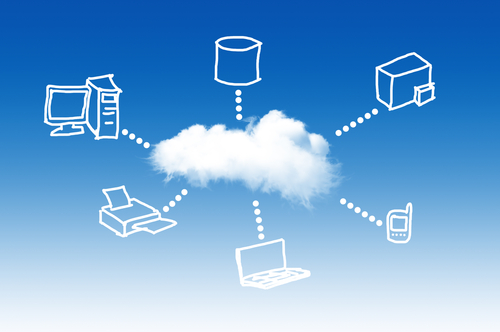 Microsoft acknowledges the shifts to cloud, mobile, and SaaS, but it sees the transition as an opportunity rather than a threat. Today, 80 percent of the enterprise market is still using traditional commercial software packages, O’Brien estimates, while the service component accounts for the remaining 20 percent. While the move to a more distributed ecosystem is occurring, Microsoft envisages an interim period of 10 to 15 years when a hybrid scenario will prevail, in which case his company is well placed to cater to both needs.

What Microsoft does suffer from, O’Brien concedes, is a perception problem. “A lot of people still look at Microsoft through the lens of the more visible businesses, like Windows and Office, when the fact of the matter is we have a multibillion dollar business in server operating systems, and databases, and management tools and development tools,” he says. “The overwhelming majority of those products are sold to enterprise customers."

When it comes to this line of argument, O’Brien has a surprising ally in one particularly disruptive startup. Mike Cannon-Brookes is the co-founder of Atlassian, a Sydney-based enterprise software company that last year generated $103 million in revenue without a single sales person. Over the last five years, it has enjoyed a compound annual growth rate of 47 percent. Microsoft must look at Atlassian and quiver.

But Cannon-Brookes doesn’t buy the Great Replacement line. Companies like his, which have changed the way businesses find and buy software, will “somewhat replace” and “somewhat augment” the existing market structure, he says. A lot of SaaS companies will tell you that SaaS will become 100 percent of the software world, but he doesn’t think it will. “The simple answer that SaaS is taking over the world is usually sold by pure SaaS companies,” he says.

Cannon-Brookes thinks the future will be a lot messier than just total SaaS. And even though the landscape is changing dramatically, the likes of Microsoft, Oracle, and SAP are by no means a spent force. “There’s certainly a place for those guys,” says Cannon-Brookes. “Will they have the same business in five years' time? Of course not. But they would argue that they don’t have the same business as they had five years ago.”

Microsoft now owns Skype, for instance, and even its own services – such as its Azure cloud platform and Office 365 – show that it is moving with the times. “But do they still sell shitloads of Office behind the firewall? Absolutely.”

There will be pain, for sure. But Cannon-Brookes strikes a charitable tone for the likes of Microsoft, Oracle, and SAP. “The concept for enterprises that they would buy software, rather than be sold it, is a new one,” he says. “And I think they’re getting used to that. Do I think that those companies will not adapt to that world? No, I don’t. They have very good businesses, and they will certainly adapt. They will need to.”

If it only came down to a matter of mindset, then there’s no question: The Great Replacement in enterprise is well under way. Microsoft's Yammer acquisition is proof of that. When it comes to end-game business forces, however, it's probably too early to make such a bold pronouncement. For now, we might just have to settle on “The Moderate Replacement With a Bit of Augmentation”. But that doesn't have quite the same ring to it, does it?