The rapid evolution of the Internet and its life-changing consequences is perhaps the greatest story of my generation, and the last five years have been among the most important in that process. In that time in the Western world, we've seen the emergence of the iPhone, the iPad, clouding computing, and the proliferation of mobile apps that have (for the most part) made life easier. But that's nothing compared to how important the last five years have been to improving the lives of ordinary Chinese citizens.

China today looks very different than it did five years ago, when I first visited the country. In Shanghai, especially, the development has been immense, with glitzy new buildings, huge malls, and entire shopping districts springing up where before there were just quiet neighborhoods. While those physical changes are obvious and immediately noticeable, however, the changes in the less-tangible world of the Internet have been even more wide reaching.

Over the last five years in particular, the Internet has become an integral part of daily life for more than 500 million Chinese, affecting their lives in a more meaningful way than seen in the US. That's because China is still very much a developing country, with weaknesses and infrastructure that can in part be addressed by the power of the Internet's super-connectivity.

And so, I present to you a list of five key developments that are reshaping the way China exists.*

China has an underdeveloped brick-and-mortar retail infrastructure, especially outside the major centers. In second, third, fourth, and fifth-tier cities, it can be difficult to get the latest clothes, electronics, cars, or whatever else. The explosion of pervasive ecommerce has changed that, with the likes of Alibaba's Tmall, Taobao, and Walmart-backed competitor 360Buy now sending goods to even the most remote parts of the country, and offering great prices.

More recently, Groupon-like group-buying services such as Meituan, Lashao, and Ftuan have taken off like crazy, to the extent that there was at one point as many as 3,000 such sites in existence. The Chinese, as these sites will attest, love a discount.

This sector's explosion was also helped by Chinese people's pre-existing proclivity to research online before making purchases offline, as well as the pay-on-delivery mechanism that dominated the early era of ecommerce, before online payments were made easy through Alibaba's Alipay. As I wrote a few days ago, there are now 193 million online shoppers in the country, a good 20 million more than there are in the US.

Sina kickstarted the popularity of microblogging in China with Sina Weibo, a Twitter clone. Since then, however, it has innovated and the service has evolved to become more of a blend of Facebook and Twitter, but with unique Chinese characteristics. For example, Sina Weibo now offers premium accounts – an idea, I have argued, that Twitter should steal. Tencent also has a popular weibo service that is a fierce competitor. Each service claims somewhere in the order of 300 million registered users. (With new Internet rules that may clamp down on real-name registration, however, those numbers could well be revealed as hugely over-inflated.)

Chinese have taken to weibos with even more alacrity than Americans have taken to Twitter, using the platform to discuss their everyday lives, gossip about entertainment, connect with friends, and, yes, occasionally, bitch about the government.

Citizens have also used weibos as a tool for organizing, helping to spread news, for instance, of the face-off between authorities and villagers in Wukan, and alerting people to perverts on Shanghai's subway.

It seems mundane, but today many everyday services – such as doctor appointments, government services, banking, ordering food – can be done online. That's a phenomenon that certainly wasn't prevalent five years ago, and it's a huge step forward for China, which isn't known for efficiency in its service sector. Getting a pre-pay mobile phone number here, for instance, is an ordeal that involves visiting an office, waiting in line for up to an hour, handing over your passport, and signing a bunch of documents.

Review sites such as the Yelp-like Dianping, and hospital-review site Haodf.com, have also arrived on the scene in the last five years, bringing wisdom-of-the-crowds recommendations to a society that still mistrusts a lot of its institutions. By the same token, Web services and apps have emerged to help citizens keep track of food-safety issues, a crucial concern in today's China.

Apple grabs the international headlines, and the iPhone is very popular and desirable in China, but Apple is not the be-all and end-all here. Thanks in part to Android, affordable smartphones are proliferating, reaching into lower-tier cities and rural areas, allowing many people to access the internet for the first time, all the time, thereby opening up new avenues in ecommerce, communications, online gaming, and social networking. For 38 percent of China's Web users, the mobile phone is their primary Internet device, a figure that will grow with the spread of cheap smartphones. 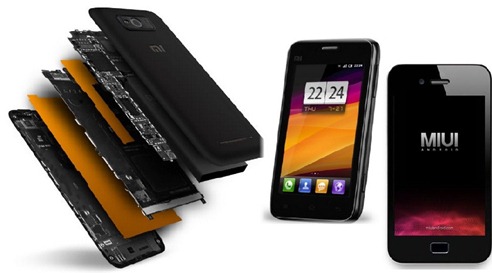 Xiaomi's competitor to the iPhone

Last year, about 70 million smartphones were sold to dealers in China, and that's not including millions of iPhones that were brought in from outside the country, where they are cheaper. By the end of this year, that figure is expected to be more than 113 million, according to iResearch. Already, more smartphones are sold in China than are sold in the US.

Preempting what could happen in the US if Facebook decides to build its own smartphone, many of the big Internet players are piling in to the space, with Baidu, Tencent, Alibaba, and RenRen all creating their own customized devices. The most interesting player to watch, however, will be Xiaomi, which offers high-spec smartphones at mid-range prices, undercutting the iPhone by as much as $470 per device.

Xiaomi uses the Apple model of building, and tightly integrating, its own software, services, and hardware, but it is doing so on an open platform – Android – and targeting a huge gap in China's market: People who want high-quality devices but can't afford Apple's prices. Xiaomi has just closed a Series C funding round of $216 million, reportedly valuing the company at $4 billion. In the two years since the launch of its first smartphone, the Beijing-based company has sold 3 million devices.

The newest disruptive, and empowering, mega force in China's Internet is Tencent's Weixin, a mobile instant messaging app and social network that has accrued more than 100 million users in just a year. Chinese love Weixin (which has an English-language version called WeChat), because it replaces the need to send text messages and make voice calls. That's largely because of its HeyTell-like walkie talkie function, which allows users to send quick audio messages over the Internet, but it's also because Weixin serves as an address book, a photo-sharing service, and a networking tool. Its used by businessmen, social groups, and families alike. Even older generations are using it, which is significant, because China's Internet demographics skew young.

The changes in China's Internet over the last five years in part reflect the rapid modernization of a country that is destined to be the world's biggest economic power. But they also demonstrate that a country doesn't have to rely entirely on bricks-and-mortar infrastructure to make substantial economic, social, and cultural advancements. The confluence of ecommerce, microblogging, sophisticated online services, and accessible high-tech hardware has set the stage for a new China, one that is richer, more dynamic, and, perhaps, more open.

At least, that is, until the censors catch up.