Yodo1 Launches With Message for Western Developers: It's Game On in China

WIth $2 million in its pocket, a new games company intent on helping US developers break into China launched today, promising to open up a $200 million mobile market to Western invaders.

The Beijing-based Yodo1 will offer a full suite of services, from in-country cultural expertise, to localization, distribution, promotion, IP protection, and monetization of mobile games in China.

Because of the fast spread of smartphones in China, there's an opportunity for game developers to make serious money in the country, Yodo1's CEO Henry Fong says. China is already the largest smartphone market in the world, and it's growing more than 100 percent a year. By the end of this year, there will be up to 120 million smartphones in the country, which should further fuel China's already raging addiction to – or, let's say, fervent fondness for – games.

"It's a very big pie, and now is the right time to compete for market share," says Fong.

Despite a history of American Internet companies struggling in China, Western game developers stand to do well in the country, Fong reckons. Most of the top 30 games in the iOS App Store for China are made by Western companies. Especially popular ones include Fruit Ninja, Plants vs Zombies, Cut the Rope, and Angry Birds. And while local companies such as Tencent and NetEase dominate distribution, they are hungry for content.

"Who is the market leader in China?" Fong asks. "There really isn't any. Everyone is vying for it, but there's no established incumbent by many measures."

Bruno Bensaid, founder of investment firm Shanghaivest and organizer of Shanghai's Mobile Monday, agrees. "It's a very open market, but it's also extremely hard to get visibility," Bensaid says. As long as Western companies accept that it is a super-competitive field, they do have a reasonable chance of success in the market. "Gaming is probably the most fair playground for developers around the world," he says. 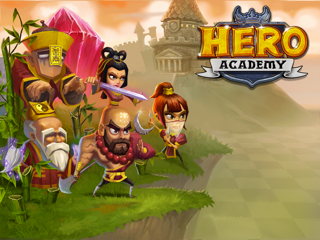 Hero Academy is the first game to get the Yodo1 treatment

Yodo1, which boasts $2 million of investment led by former Focus Media CEO Zhi Tan, has a full production studio and a partnership with games reviews and social site YoPing, which in turn integrates with microblogging service Sina Weibo. All the company's resources will be focused on helping Westerners get up to speed in China.

"This entire team, their job is to work with western games developers and help them adapt their game for a Chinese audience," says Fong. "We spend a lot of time working on storyline and theme and helping them culturalize that for a Chinese gamer."

The company will also pay special attention to helping developers adapt their games to a model based on micropayments. In China, the overwhelming majority of mobile games are free, but users make small in-app payments to unlock extra features.

Yodo1's first partnership is with Robot Entertainment, creators of strategy game Hero Academy. Even before Yodo1 has helped localize the game, Hero Academy has seen more downloads in China in any country except the US.