Bonus Life: How a Korean Gaming Startup Saved Itself From Certain Death

Nurien was supposed to be the perfect gaming company. With $25 million in Series A funding from investors in Silicon Valley and China – an unprecedented achievement for a Korean startup – it planned to take its flagship Internet game, "Mstar," global. The company’s co-founder Andrew Ku, a Harvard-educated serial entrepreneur, wanted to build it into a platform that would conquer China and perhaps even the US. The funding round made for big news in South Korea, where Valley-anointed ventures are rare.

Drawing on Ku’s experience as CEO of the Asian arm of Realtime Worlds ( whose founder created "Grand Theft Auto") and the founder of a New York-based gaming startup called Upstream Networks, and some top-tier engineering talent, the company had the confidence it would become a serious international force.

But that huge early investment proved too much, too soon. The intensely involved investors messed with Nurien’s priorities. Instead of focusing on development, the founders adjusted their focus and direction to suit the investors’ demands. The company wasn’t able to make decisions fast enough, and the ones they did make weren’t the best. Egos clashed.

Then, in 2008, the Great Financial Crisis hit, and Nurien failed to raise a Series B round of financing. It was forced to change strategy, abandoning the platform idea and focusing narrowly on Korea. Meanwhile, the company was burning through cash at an alarming rate. Investors started to jump ship. Ku had to step aside from his CEO role. Nurien got hammered in the press, as it saw its team shrink from 200 to 20. The management left. For all money, it seemed, Nurien was dead.

By 2010, no one had faith in Nurien’s survival. No one except Ku. With "Mstar" so close to launch, Ku wanted to prove his vision. He pleaded with investors to throw in half a million dollars to give him a shot. People told him he had no chance. But he still believed.

In order to save Nurien, Ku set up a new company: A games-focused incubator called Blue Ark. He raised $1 million from friends and family, as well as a considerable chunk out of his own pocket, to start it. Half of that money went into buying a controlling stake in Nurien, and he soon installed himself, once again, as CEO. This time he put passion first. As long as everyone was committed to the idea, he wouldn’t need a big team. Passion is Ku’s preferred talent metric. “If you have that,” he says, “you can do anything."

The next 10 months would support that theory. In that time, Ku managed to launch "Mstar," a 3D community game for girls and guys who download the PC game for free but pay to dress their avatars in hip fashion (swimsuits are a major seller). While user numbers aren't massive – registering in the tens of thousands – the average revenue per paying user per month was astonishing: US$55. It will soon launch a touch version for mobile. 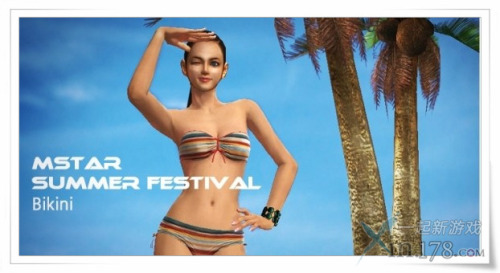 "Mstar" found its market, and before the year was up, Ku had bought out all the investors, delivering them a handsome return. “Entrepreneurs by nature are extremely stubborn,” Ku says, by way of explanation. “But that’s because they believe in themselves.” Today, "Mstar" launched in Turkey. In the coming months, it will launch Taiwan, Singapore, Malaysia, Japan, and China. In September, Korean Internet giant CJ Entertainment and Media acquired a 52 percent stake in Nurien for an undisclosed sum. (Because it is dependent on the game’s financial performance, the price is yet to be determined.)

In person, Ku is a Zen-like figure. I meet him in Blue Ark’s new offices, in an upscale business district on the south side of Seoul. Ku and two of his partners moved into the space just last week, occupying lonely and spartan corner rooms of the open-plan space. Desks with room for about 50 people sit empty, waiting for bums to fill ergonomic chairs. In the next couple of weeks, they'll be fully occupied. A large window looks out over the city and the tops of tall office towers towards the Han River, which dissects the capital. Dressed in a plain, sky-blue shirt and sitting in front of an abstract depiction of a cityscape painted by one of his friends, Ku speaks in soft tones, drawing on 13 years of failures and success in Internet entrepreneurship to explain why he wants to help the next generation.

After graduating from Harvard in 1999 with a double degree in architecture and urban planning, Ku decided to capitalize on the dotcom boom, returning to Korea to set up a consulting group for local Internet businesses that wanted to break into the US market. He soon realized, however, that online gaming was the big new thing. Korea, he felt, was the only country doing it right.

Soon, he went to New York to start Upstream Networks, a company that would take advantage of Korea’s gaming knowledge and talent pool to serve the US. At the time, however, he knew nothing about how to raise funding, so he couldn’t scale the company. It fizzled. For his next venture, he and Realtime Worlds founder David Jones wanted to take console-style games online. That was in 2004, when the concept was new and totally unproven. Together, the two raised a lot of funding from Silicon Valley VCs, but the partnership didn’t work out. Put that one down to “creative differences."

It was in 2007 that Ku decided to start Nurien. You know what happened next.

Ku is a big believer in nurturing. He built his companies the hard way, not knowing the pitfalls, and falling prey to his naivety. “If Nurien only had a single investor with much a smaller check, and therefore we had a more focused vision,” he says, “I think it would have been a different story.”

Blue Ark currently has seven small gaming companies under its umbrella, but he hopes to expand that to a maximum of 30. That, in fact, is his magic number. No company in Blue Ark should have more than 30 employees, he says. If they grow bigger than that, they’ll be spun off into separate branches. At that size, it’s easier for people without management skills to keep the companies running and healthy. 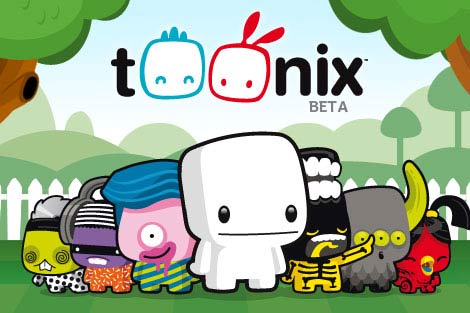 Blue Ark invests seed money of $100,000 to $500,000 in each company, but more important is that Ku and company focus on mentoring and training. Each of the mentors works with three to five companies and provides guidance on things entrepreneurs hate to think about: Administration, business development, financing, and legal matters. The company also feeds them business from major partners such as MTV and Turner, the owner of the Cartoon Network. Included among its gaming portfolio are such hot IP properties as SpongeBob SquarePants, Dora the Explorer, and Toonix, a new creation from Turner that was recently selected by McDonald’s to be the toy in its Happy Meals.

Ku is happy to be in Seoul, even though it is miles from the financial allure of Silicon Valley. When it comes to gaming, his home country still has the edge. “The talent level is still where it’s best overall. It’s especially very strong in the server network, and we have very great know-how and experience in monetizing based on a microtransaction level,” he says.

The country is also well placed to take advantage of two giant markets: China and the US. While China is preoccupied with its domestic market and sees little reason to expand, the US is still figuring out the free-to-play model and, despite Zynga, continues to be dominated by console games. Korea, which pioneered in-game micropayments and understands China’s Eastern mindset, can straddle the two worlds, he believes.

In the meantime, however, he has a bigger challenge on his hands: Building up Korea’s startup ecosystem for gaming. Faced with a culture that prefers to send its young into the security of steady jobs with major firms such as Samsung, it can be difficult to convince people to give startup life a chance. The big players in gaming, such as Nexon and NCsoft, quickly gobble up mid-sized companies that have proven successful. Now the ranks in that middle tier are wearing thin. Ku sees it as his responsibility to build it back up.

He is being helped in that mission by the arrival of one truly disruptive force: Mobile. For years, the likes of Samsung, SK Telecom, and search giant Naver have been able to set their own terms by copying and improving upon ideas from competitors, crushing them in the process. Mobile is another game, though, and the arrival of the iPhone in this country has changed the startup landscape. Apple’s device finally arrived in 2009, after the Korean Communications Commission – likely a mere proxy for the conglomerates that dominate business and influence politics in South Korea – stalled its entry for years on technicalities. Since then, developers have viewed the iOS App Store as a potential ticket to success. Korean startups are now proliferating.

“The wall has been destroyed,” says Ku. “Anyone can now build their own startups and chase after their dream and be very successful.” It’s his intention to get that message across to a country that is still in thrall to Samsung and the conservative path to life security. He has to convince people that startup life is a wise choice.

“I want people to know how exciting this is,” he says, still evincing those calm tones, which bely his enthusiasm for entrepreneurship, “and how rewarding this experience is.”