Today I met with one of South Korea's most promising startups. IDIncu offers a slick mobile market research product that is almost unbeatable on price and delivers results at lightning speed.

The company already has its sights on the US, but let's first talk about its impressive flagship product, Open Survey, which is aimed at the Korean market and launched last August. Open Survey faces two audiences: companies that want to do quick and targeted market research on the cheap, and mobile users who get rewards for filling out surveys. (It might have to do something about that name, however. An American competitor that appears to be offering a similar, albeit less sophisticated, product has an even-more similar name.)

Through Open Survey's slick Web site, companies can build surveys and specify exactly what kind of audience they want to reach. They can choose, for example, by age, gender, occupation, locale, telco, and between Android or iOS devices. The companies pay per respondent – usually about $1 per head – and the price goes up with each level of targeting. So, for example, a general 20-question survey that goes out to 1,000 people would cost about $1,000. A large consulting firm might charge more than $10,000 for a similar survey.

The turnaround time is quicker, too. For a survey with 1,000 respondents, it takes about an hour for Open Survey to deliver results to customers, all of which can be viewed through a dashboard on the Web site. 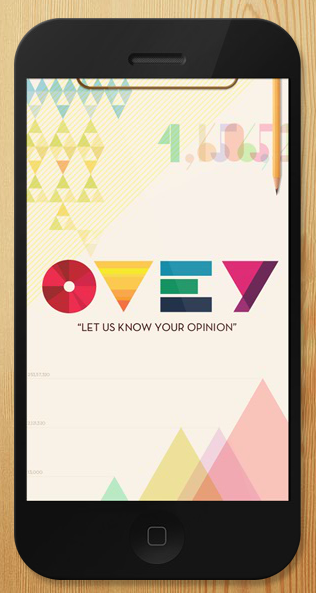 Consumers get a share of the goods. Between 30 and 40 percent of each dollar goes towards coupons that are redeemable at retail stores. With each completed survey, users accumulate virtual cash, which they can later spend on items offered through Open Survey's commerce platform. After visiting the app's "store" and selecting what they want – a coffee, say, or a sandwich – users are delivered a mobile coupon that is redeemable in physical outlets. IDIncu (it's short for "Idea Incubator," a name that reflects the company's first incarnation) so far has more than 40 retail partners.

Co-founder Kelvin Dongho Kim told me the company is trying to make market research more mainstream. "We want to be the Henry Ford for market research industry," he said. Kim envisions expanding the market by reaching small companies, budding entrepreneurs who want to test the viability of their ideas, and graduate students who need to conduct research for academic purposes.

IDIncu took $1.5 million in Series A funding from Softbank and Stonebridge Capital in March of last year. It has also "between $100,000 and $300,000" in angel investment. (Kim wouldn't disclose the exact figure.) It has a team of 30 people in Seoul, and another five in Palo Alto.

In August, it will launch a product for developers to do in-app surveys. That is only a tentative move to see how well the technology is received by the US market. In the meantime, Kim sees more promising expansion opportunities in Asia, where the company won't have to compete against as many VC-backed startups as in Silicon Valley.

They might find it's worth a big push. There are surprisingly few competitors in this space, and Thumbspeak, one of the most promising mobile research startups, was last year acquired by research software firm Cint. The length of time from the moment the service launched until acquisition? Eight short months.