Korea’s Internet infrastructure is probably the best in the world, but the its startup ecosystem is way behind. The country has had high-speed broadband since the early 2000s, and the government plans to bring one-gigabit-per-second Internet to every household in the country. Its 4G connectivity hits full bars even in the darkest depths of Seoul’s immaculate subway system.

But for almost a decade now, Internet innovation has been both dominated and hindered by a few giants. SK Telecom and KT have a death grip on the telecommunications sector and own many of the most popular and profitable Internet properties. NHN and Daum, the owners of the largest portals and search operations, have protected their own businesses by locking up talent and only rarely looking outside their own walls for new ideas.

And then there’s Samsung, an island unto itself, sucking up much of the country’s best engineering talent, and priding itself on being a “fast follower” that copies and then crushes any aspiring opposition. It’s impossible to have a conversation with anyone even tangentially involved with Korea’s Internet industry without hearing its name. The conglomerate is so pervasive that many locals refer to this country as “The Republic of Samsung”.

There are, however, signs of change. Tiny flecks of optimism are creeping into the mindspace of the leaders in Seoul’s startup community. For the first time since the early part of last decade, a number of important forces are converging to provide the right conditions for an ecosystem to emerge.

There is, of course, the growing global appeal of startup culture, fueled by the excitement of $1 billion acquisitions and only recently tempered by Facebook’s tepid IPO. Then, there’s the national government, which is investing big to encourage innovation, spurred by fears that Korea’s hot economy is following the same trajectory as 1980s Japan, which floundered after becoming too reliant on a select few golden corporations, such as Sony and Toyota.

On top of that, there’s the widespread adoption of Internet in the lives of everyday Koreans, so every Ma and Pa is now online. More significantly, there have been some recent startup success stories, and even those dominant conglomerates are starting to open up to the idea of acquisitions. Perhaps most importantly, however, there is mobile. It is, says Richard Min, a veteran of the Korean Internet industry, the great leveler.

“The first truly disruptive technology in Korea was the iPhone,” says Min, who with ex-Googler David Lee set up Seoul Space and Kstartup, two of the country’s most prominent incubators. “It has changed the whole landscape again.” (Lee, incidentally, is now a Silicon Valley-based partner for SK Telecom’s $100 million venture fund. He is not to be confused with David Lee of SV Angel.)

Even though the iPhone didn't come to Korea until 2009 – it was held back thanks to delaying tactics by the protectionist Korea Communications Commission – it is already looking like a startup savior. Its real power, says Min, is that it is a Trojan Horse for apps, which Koreans enthusiastically consume. In an app world, startups have as much chance of success as the incumbents, who are entrenched in the desktop Internet mindset. 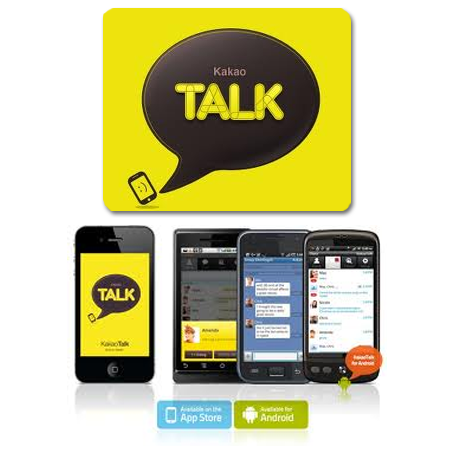 One prominent example is Kakao, established in 2006 by Brian Kim, a former NHN co-chairman and the founder of HanGame. Kakao's mobile messaging app KakaoTalk – which is like WhatsApp but with a social network, a commerce platform, and voice calls – has more than 50 million registered users and has expanded to Japan. In April, the company, which remains independent, sold 14 percent of its shares to China's Tencent for $61 million.

But Kakao is not alone. In three days here, I have talked to 13 companies and individuals from various parts of the startup community, and all but a couple gushed about Ticket Monster. The Groupon-like daily deals company sold to LivingSocial in August for a sum that is estimated to lie somewhere between $150 million and $300 million. Entrepreneurs and investors alike are excited by the deal. Ticket Monster’s success, they say, inspired them to start their own company, or start investing in tech startups. Kelvin Dongho Kim, founder of mobile market research startup INDicu, says that none of his friends were interested in starting companies two years. Since the big deal, 10 of his friends have started their own startups. The enthusiasm has spread up the funding chain. “That success was what we were waiting for,” says Joon Kyung Shim, a venture capitalist with Premier Partners.

In the last year, there have been a handful of other exits. In November, Kakao bought location-based commerce service Lotiple, a deal believed to be worth about $10 million. In December, media-recognition service Enswers sold to KTF for $40 million. In April, MADSmart, which owns a KakaoTalk competitor called Tic Toc, sold to SK for an undisclosed figure that was probably in the neighborhood of $20 million. In the same month, Intel bought facial recognition technology company Olaworks for an undisclosed sum. The numbers aren't huge, but the effect on the scene has been substantial. Before last year, there was no M&A activity to speak of. Very few previous acquisitions in the last decade amounted to more than $3 million per purchase.

Jimmy Rim, CEO of KCube Ventures, says these days he’s taking calls from the conglomerates who want to find out more about startups. That’s a big improvement. In the past, they had remained completely aloof. “At least they now have the will to learn the startup community,” says Rim.

KCube is one of the few firms in Korea that does early-stage investing. Another is called Bon Angels. Buoyed by confidence in the quality of Korea's developers, Rim is moving aggressively. In just two months, he has invested in five companies, covering areas ranging from mobile commerce to recommendation engines. To illustrate just how small the scene is here, you need look no further than KCube's bankroller: Brian Kim of Kakao. His office is next door.

One of the major challenges facing Korea's startup ecosystem is that there are too few early stage investors like Rim, and too few angels. For that matter, there are too few VCs who are willing to invest at a later stage. There are two few M&A deals, and there are even too few startups. “In general, are there enough startups?," Richard Min asks, rhetorically. "Is the talent here? So far the answer’s been no.” Min says that after receiving more than 300 applications for its latest round of admissions to its 100-day accelerator program, Kstartup accepted only three.

Still, there is definitely something afoot. Government departments and enterprises such as Samsung and Hyundai are starting their own incubators and accelerators by the dozens. Independent incubators like Seoul Space, Kstartup, and VentureSquare have also arrived on the scene. Where startup meetups in Seoul two years ago attracted only 20 or 30 people, these days a couple of hundred people show up each time.

Min likes to say that South Korea’s startup ecosystem in its Precambrian phase, referring to the period of time in the planet's history just prior to an explosion of life. It’s still very early days, but there are promising green shoots forcing their way off through cracks in the dry earth. “You’re going to see a massive flood of creativity and innovation," says Min. "Especially in mobile.”

In the meantime, people like Min are striving to build an innovation culture. The startups, they hope, will follow. Min predicts it will be in mobile that their presence will suddenly be felt. “People are going to be like, ‘Where did all these Koreans come from all of a sudden?”