It looks like Google, it talks like Google, and its company culture is just like Google’s. But China’s Baidu has a different vision for how search should work. In fact, Baidu’s head of organic search and consumer-facing products told me on Thursday that Google isn’t doing much to push search forward.

“We look at Google really closely, but in the recent two years, we don’t think they’ve done a lot of innovation,” Wang Mengqiu, Baidu’s VP of engineering, said. “A lot of the steps in search, we think they’re learning from us.”

I interviewed Wang in her office at Baidu’s 91,500-square-metre headquarters on the edges of Haidian, Beijing’s high-tech district. The company moved into the building, which is shaped like a search box and is supposed to signify “complexity within simplicity,” in 2009. It is the daytime home to 5,000 Baidu employees and, save for a preponderance of dark-suited security guards, it looks a lot like a Silicon Valley-style facility, complete with yoga rooms, giant cafeterias, nap areas, and a ladies-only lounge housed in a dome covered with twinkly lights. 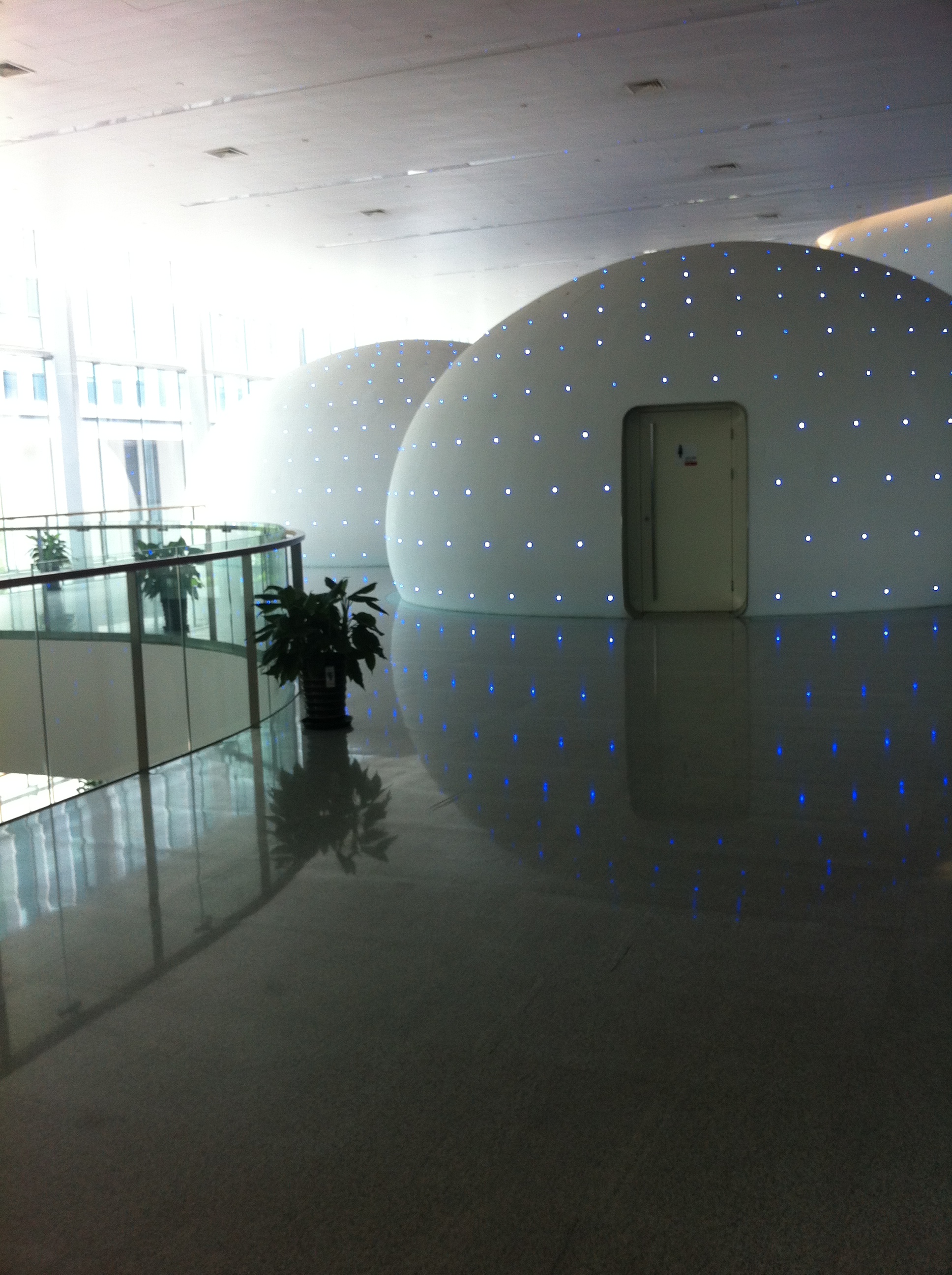 Wang outlined to me the company’s vision for “box computing,” in which users can consume rich media and use apps within the search results page. For example, they can play games within the results page, read books, order products online, book travel, and play music, all without leaving the comfort of the search box. That way, there’s no need to download apps, or client software, or to remember URLs.

“We try to satisfy every user’s requirements within our box,” Wang said. “It’s a very big vision. If we can achieve that, it’s a very great job.”

Google and Bing have taken steps to deliver similar functions within their results pages – displaying weather results, currency conversions, and restaurant information up top of their results – but they haven’t gone as deep. The American players have focused more on data and information than on applications. That approach was well illustrated by Google’s recent move to display Knowledge Graph summaries in its search results.

These developments speak to the companies’ diverging visions. While Google seeks technological solutions to solving search problems, Baidu is intent on working with humans. The company is focusing on building an ecosystem for developers that turns its results pages into a platform. Said Wang: “To do search better, we have to involve more users to generate higher quality content.”

I asked Wang if she thought a box computing approach – which is rooted in the cloud – might ultimately compromise the viability of operating systems that are based around native apps. She thought about that for a while before agreeing that that could be the case. But it’s still early days, she stressed.

At least on the face of it, Wang’s views mesh with Marc Andreessen’s belief that native apps are a “temporary step along the way toward the full mobile Web”. (Disclosure: Andreessen is an investor in PandoDaily.) So far Baidu’s box computing initiative is focused on the PC, but as its general manager for mobile and cloud computing told me, the company believes the best value it can add to mobile is in the cloud. Baidu’s mobile strategy, in other words, is actually a cloud strategy, which applies across devices. To my mind, that speaks of a company that is building an infrastructure for a world beyond native apps, which could ultimately undermine the importance of Apple’s and Android’s app ecosystems.

Baidu is a long way from owning the ecosystem, and, like Google and Facebook, it faces tremendous challenges in adapting to an Internet world that is no longer centred on the desktop. It is a big, cumbersome company, and it will have difficulty in shifting its weight into a new mobile paradigm. Even though it owns close to 80 percent of the desktop search market, it can claim only about 35 percent of the mobile search market. Accordingly, its shares have recently taken a battering.

But rather than try to catch up by hurriedly building apps and pushing out more products, it is taking a step back, assessing its strengths, and erecting a structure that, if successful, would place itself at the center of China’s Internet, whether that be on desktop or mobile. For now, that’s a huge “if”, but it seems as smart an approach as any other.