I’ve met with several gaming companies with Western connections during my time here in China, and I’ve been struck by the different approach each is taking to the market. All seemed pretty confident that they were doing it the “right” way, which probably means they’re all “right” to a different degree. Here’s a rundown of what I learned.

Cmune: From Beijing to the World, Then Looking Closer to Home

Cmune is the creator of Uberstrike, a cross-platform first-person shooter that claims 1 million monthly active users and one of the most popular games on Facebook. It boasts 1 million downloads from the Mac App Store alone, and the company received first-round funding from Atomico, the venture firm started by Skype co-founder Niklas Zennström.

While Cmune has a very international team, headed by a Frenchman and a New Zealander, and so far targets an international market that doesn’t include China, it chooses to be based in Beijing. CEO and co-founder Ludovic Bonin told me the company is there because it’s strategically placed between East and West. In Beijing, the guys can get easy access to the likes of South Korea, Japan, Hong Kong, and Southeast Asia, but it's also a tech hub, so industry people from Silicon Valley and Europe are visiting on a daily basis.

Cmune plans to take on the China market eventually, but it's not in a hurry to do so. Because the market is so competitive, Bodin told me, if you’re going to enter it you have to be all in. “We’re going to enter China when we’re in a position to win, and not just to play,” Bonin said.

Red Atoms: From Silicon Valley to Dominance in the Three Kingdoms

David Liu spent 20 years in Silicon Valley before ultimately deciding to return to China. The founder of mobile gaming company Red Atoms, who holds a PhD in software composition from Stanford, worked for HP, Silicon Graphics, and McKinsey & Company before starting two of his own companies. One of which was an enterprise software business, the other did digital outdoor advertising. It wasn’t until 2010, picking up on consumer trends, that he decided to focus on social games. 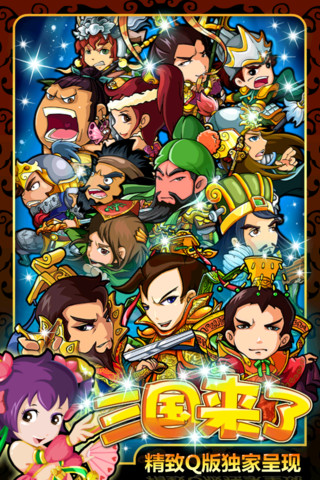 In Red Atoms’ first year, the company concentrated on producing games for Facebook and the US market, starting off with Bar Society and Treasure Life. The company also launched a game in Japan. While the management team was based in California, much of the production team was in China. The US and Japan turned out to be very tough markets to crack, so in 2011 Liu decided to move his whole team to China to focus on mobile games.

It was a risk, but consequences of not acting were just as severe. “It was a hunch,” Liu admits, albeit one grounded in careful market analysis. “If we were wrong, we were dead. But we could be right. If we didn’t change, we could have been dead too.”

In the year since Red Atoms has been based in Beijing, it has released three games, one of which – Three Kingdoms Now – is on of the top-grossing games on both the iPhone and the iPad.

What advantage does Liu’s company have over its competitors? “We have an inherent understanding of what the Chinese customers want,” Liu said.

I pointed out, other companies such as Spil Games and PopCap have offices in Shanghai. Does that not mean they’re well placed to compete here, too? Liu let loose a small smile. “If they moved their headquarters here, that would be different.”

PopCap Games, the maker of Plants vs Zombies, has a large office in Shanghai. Even though the company was acquired by EA, it operates independently. PopCap’s approach to China differs from Red Atoms’. The company’s Shanghai office leader James Gwertzman told me that it does “extreme localization” for its games in China, with impressive effect. 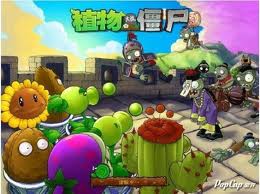 The original iPhone version of Plants vs Zombies, for instance, sold pretty well in China, but when the company launched a Chinese-language edition, sales of the game doubled. Then, PopCap went one step further: It launched a “Great Wall” edition, with localized characters and settings. Internet giant Tencent helped distribute the game, and it did far better than the company's previous efforts in China.

“We’re not just localizing in text anymore,” said Gwertzman. “We’re localizing the content as well.” The results suggest that PopCap is doing just fine without having its headquarters in China. “When you really make it very local, it demonstrates that you’re really making a commitment to this market,” he said. “Fans absolutely respond to that.”

PopCap’s localization approach is similar to that of Spil Games, which uses a common platform for its products but localizes the interfaces and experiences for markets all over the world, including China.

Even for Western companies that have no presence in China, there is still hope for entering the market. Although China’s gaming market is not yet as lucrative as Japan or the US, opportunities in mobile are opening up fast and wide. Especially in mobile. By the end of the year, analysts expect there will be more mobile gamers than PC gamers in the country, and revenue from mobile games is expected to grow to a few billion dollars in the next five years, up from $600 million in 2011. 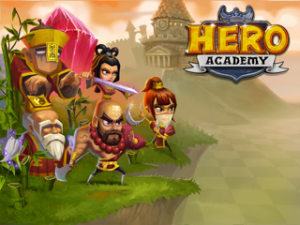 A new company called Yodo1 hopes to take advantage of that by helping Westerners localize their game for the China market. Robot Entertainment, creators of Hero Academy, are the first to partner with Yodo1, which offers localization at every level of the game, from graphics to business model, to culturalizing the storylines.

If the world really is flat, Yodo1 provides game developers with a pretty good skateboard.