Twitter Has Been Shredded Into Slices – Just What It Needed

In June, I pleaded with Twitter to institute premium accounts to help me sort through the daily rubble that populates my Tweetstream. Unsurprisingly, I'm not the only one who thinks the service could be much better.

Kansas City's OneLouder – makers of the popular Twitter client TweetCaster – also saw an opportunity to improve the experience. And so they’ve developed Slices, a new app for the iPhone, Android, and the Web, which helps you easily explore the Twitter universe, organize your timelines into "slices," bookmark key accounts, and follow live events Tweet by Tweet.

Slices launches Thursday, August 2, at 9am EST (you heard it here first) and it’s a pretty attractive beast. Probably its biggest selling point is its claim to be the first app to allow you to browse Twitter by category. Slices offers 21 searchable categories – humor, technology, sports, and so on – that lead you to people and lists to follow. Included among those top-level categories is the "Live Events" option, which allows you to select an event – a football match, say, or a TV show – and follow Tweets from a curated list.

What I like best about the product, however, is that it synchronizes between mobile devices and the Slices website (slices.me), which means it knows which Tweets you’ve already read, no matter where you access it from. Strangely, not even Twitter offers that.

Actually, Twitter doesn’t offer many of the now seemingly obvious features that Slices has. The directory of categories is one, but there are several others, including bookmarks. That feature is particularly useful during an event like PandoMonthly, when you want to prioritize one particular account for a sustained period of time. The “Timeline Slicer” also outdoes Twitter’s Lists as a way to organize the people you follow into specific categories. They’re easier to set up and easier to access, sitting just below the "Timeline" link in the app’s lefthand sidebar. When you first use Slices, it automatically sorts the people you follow into default categories, just to demonstrate its usefulness.

The user interface, while a bit boxier than Twitter, is pretty enough, and it remains relatively clean, despite the many data hooks. Slices also retains a number of the best features from TweetCaster, including the "Zip It" function, which allows you to mute anyone you follow who happens to be getting on your nerves, and support for read-later software, such as Instapaper, Readability, and Pocket.

OneLouder president Evan Conway told me that Slices is “front and center all about bringing content discovery to the forefront”. I asked him if he had any concerns about Twitter’s sometimes ambiguous Terms of Service, misunderstandings of which have recently led to the shutdowns of third-party apps, such as Thunderclap, and the blockage of Instagram’s "Find Friends" on Twitter option. YouTube product manager Hunter Walk highlighted the confusion in a recent blog post:

[O]ver the past 18 months Twitter just can't seem to rip the bandaid off. The blog posts are unclear and come from various people in the org. They cause confusion and paralysis in the ecosystem. I love Storify to help me organize tweets to tell a story. Are they in violation of the ToS? I don't know, and I bet they don't either.

Earlier today, All Things D's Mike Isaac speculated on what might happen when Twitter introduces its "cards":

When the hammer drops and Twitter changes its guidelines, those apps that can’t deliver this consistency will no longer be able to integrate with Twitter. The most likely candidates to go first, according to multiple sources, fall into two camps: Third-party-client apps which essentially reduplicate the Twitter stream — such as Tweetbot, Echofon and Osfoora [and, one could argue, Slices] — and news reader apps like Flipboard, which re-renders Twitter data to create a different visual experience of a tweet entirely.

Conway says that in past discussions with Twitter, the company has been very clear that it wants to support curation and content discovery, which is what Slices specializes in. “We hope Twitter likes this,” Conway says. “We think we’re bringing lots of new inexperienced Twitter users to the table for them. I’m pretty comfortable that we’re doing what Twitter has suggested.”

Slices will be available free in Apple’s App Store, in Google Play, and in the Amazon App Store. An ad-free version will cost $4.99. In the continued absence of premium accounts for Twitter, I think that’s a price worth paying. 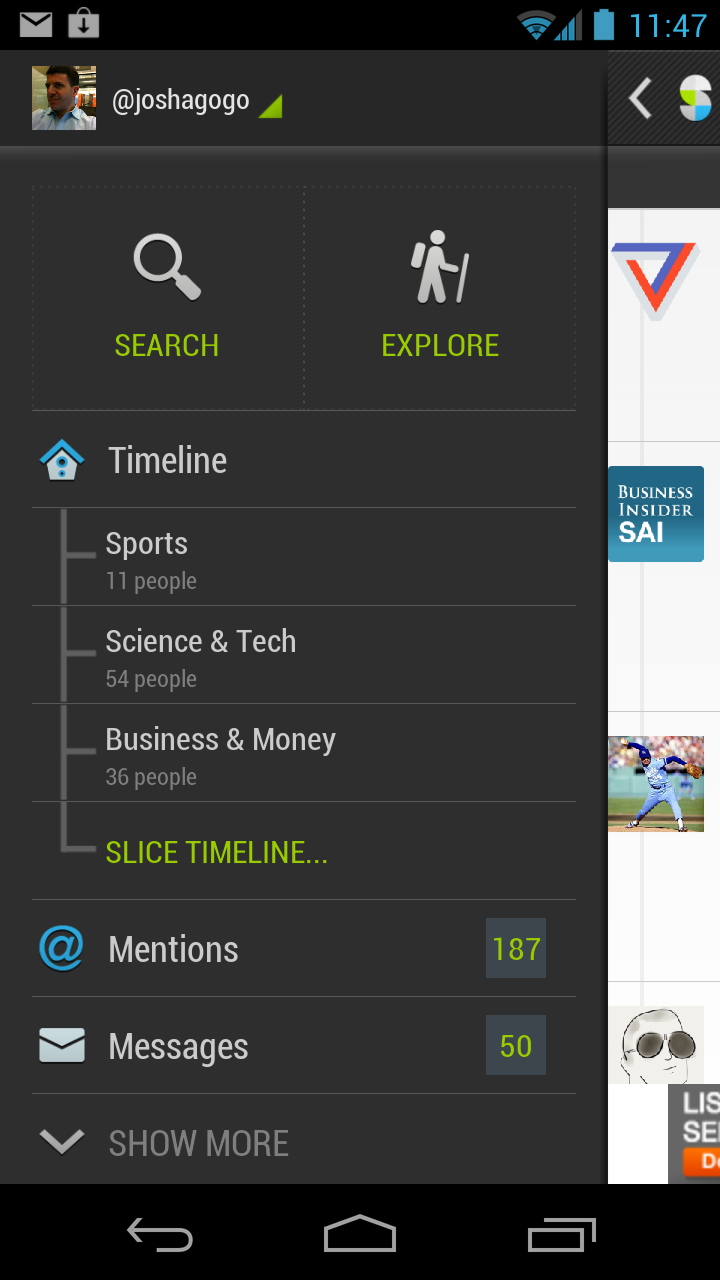 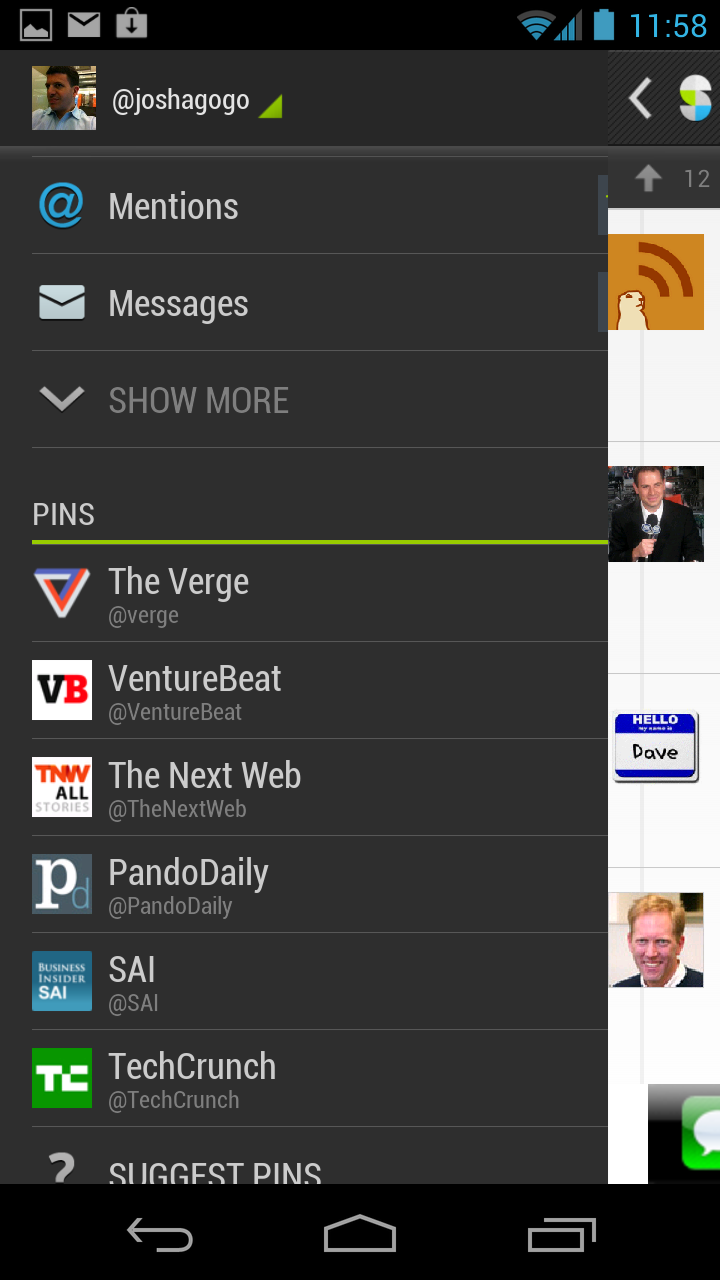 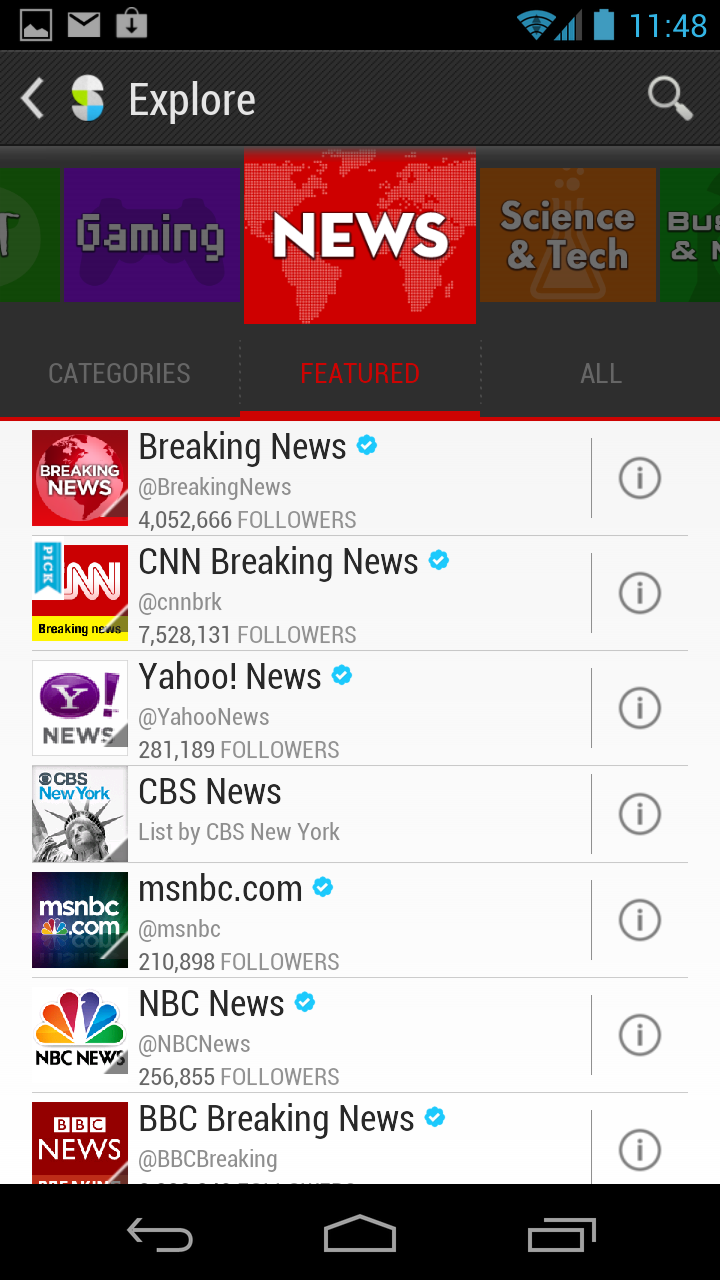