An American Entrepreneur Looks For a New Way To Reach the Hearts of Chinese Consumers: Through Their Stomachs

It’s hard enough for a local entrepreneur to build a company in China’s heavily regulated and torridly competitive Internet sector, but for foreigners the challenge is even greater. Faced with cultural and linguistic hurdles, and a business environment that favors and sometimes protects the local players, many foreigners decide China is simply more trouble than it’s worth.

I met a handful of Western entrepreneurs in Shanghai and Beijing – most of them Americans – and was always impressed by their determination to make things work, despite the odds against them. In both cities, the divide between the international startup scenes and the local startup scenes was very noticeable. If that divide existed among entrepreneurs, I wondered, would it not also apply to the consumers who would be using their products? In other words, would Chinese users respond well to services and products developed by Westerners? After all, Yahoo, eBay, Groupon, and Google had already found out the hard way that even the biggest Western companies can fall flat in China.

One American entrepreneur in Shanghai is about to put the “Westerner takes on China” model to the test again. Tomorrow, Lucas Englehardt is launching Delivery Hero China, an aggregator site for food delivery services targeted at white-collar workers. Delivery Hero China is the second iteration of Englehardt’s food business, which started life as Aimifan before the American sold it to German company Delivery Hero for an undisclosed sum.

Englehardt’s approach to China, however, doesn’t resemble the “import and adapt” strategy attempted by Google, eBay and friends. “It's nearly impossible to be successful here without speaking the language and having spent some serious time on the ground understanding the local tastes and landscape,” says Englehardt, who has spent six years in the country, and longer learning the language. “Of course, foreigners will never understand these as well as locals, but it's been proven that it's definitely possible for foreigners to have success here with a strong local team.”

Englehardt, 29, is the only foreigner on his 10-person team. He grew up in Rochester, New York, and first went to China to study abroad while at college. He caught the “China bug”, and in 2006, after working for PricewaterhouseCoopers in Boston right out of school, he moved to China in search of adventure. He relies on his team to localize the Delivery Hero product – which is called Waimai Chaoren in Chinese – and communicate it to customers. “Hopefully I'm able to bring some international best practices and experience marketing to foreigners living here.”

The site is available in both English and Chinese, and is designed and branded in such a way as to make it feel international. Most competitors in China are going after the low-end market, which has huge volume, says Englehardt. By positioning itself as an international brand, Delivery Hero China makes itself more attractive to the middle and high-end consumers. It might not stay that way for long, but in China it’s much easier to move downmarket than up, he says.

In the meantime, Englehardt reckons there might even be some advantage to Delivery Hero’s foreign cachet, especially in a country that continues to be beset by food safety crises. Many status-conscious Chinese consumers also associate “international” with “quality.” Says Englehardt: “I expect at some point it won't be useful to be seen as international, but for now people put more trust in foreign brands.”

“In terms of larger companies, I respect what Google had before pulling back. Amazon and Microsoft are both generating serious revenue here,” Englehardt adds. “The key for all was giving the local teams independence to operate autonomously and adapt to the local conditions.”

Before starting Aimifan, Englehardt co-founded an Asia-focused research community called Blogger Insight, which the team built into a successful service but couldn’t scale effectively as a platform. He came to the food delivery aggregator idea after localizing an online ordering system for China’s largest restaurant delivery company, Sherpas. Delivery Hero won’t necessarily compete with Sherpas – in fact, because it’s an aggregator, users can still order from Sherpa’s via the Delivery Hero platform.

The food delivery market in China is still young – probably about five years behind the US, says Englehardt. But the explosion of ecommerce in the country is likely to fuel fast growth in the sector. Because Chinese families are used to cooking cooking and eating at home with their families, most of the market is focused on lunch deliveries to offices, with McDonald’s, KFC, and Pizza Hut leading the charge. Funnily enough, those are all examples of American companies that have done rather well in China. 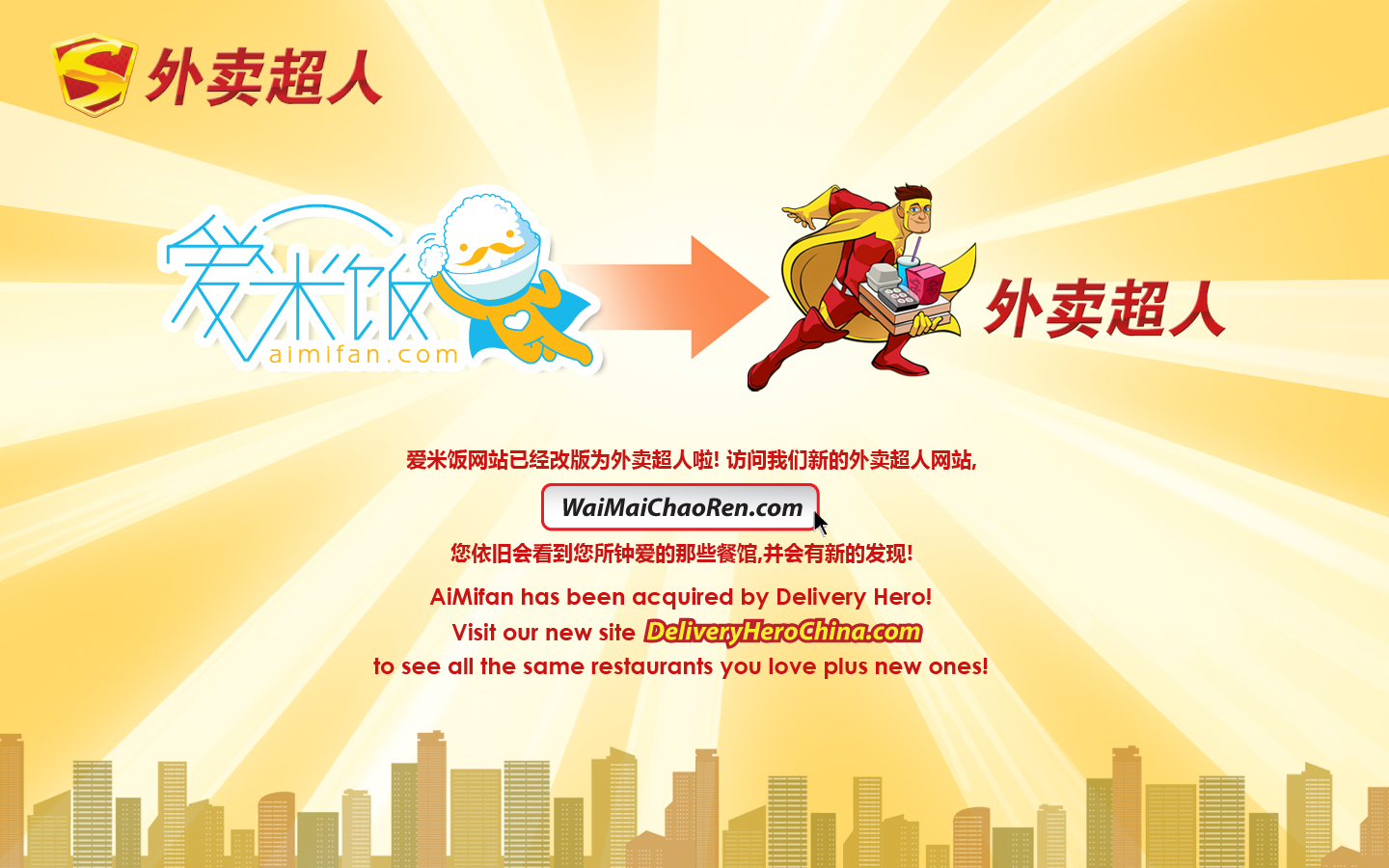 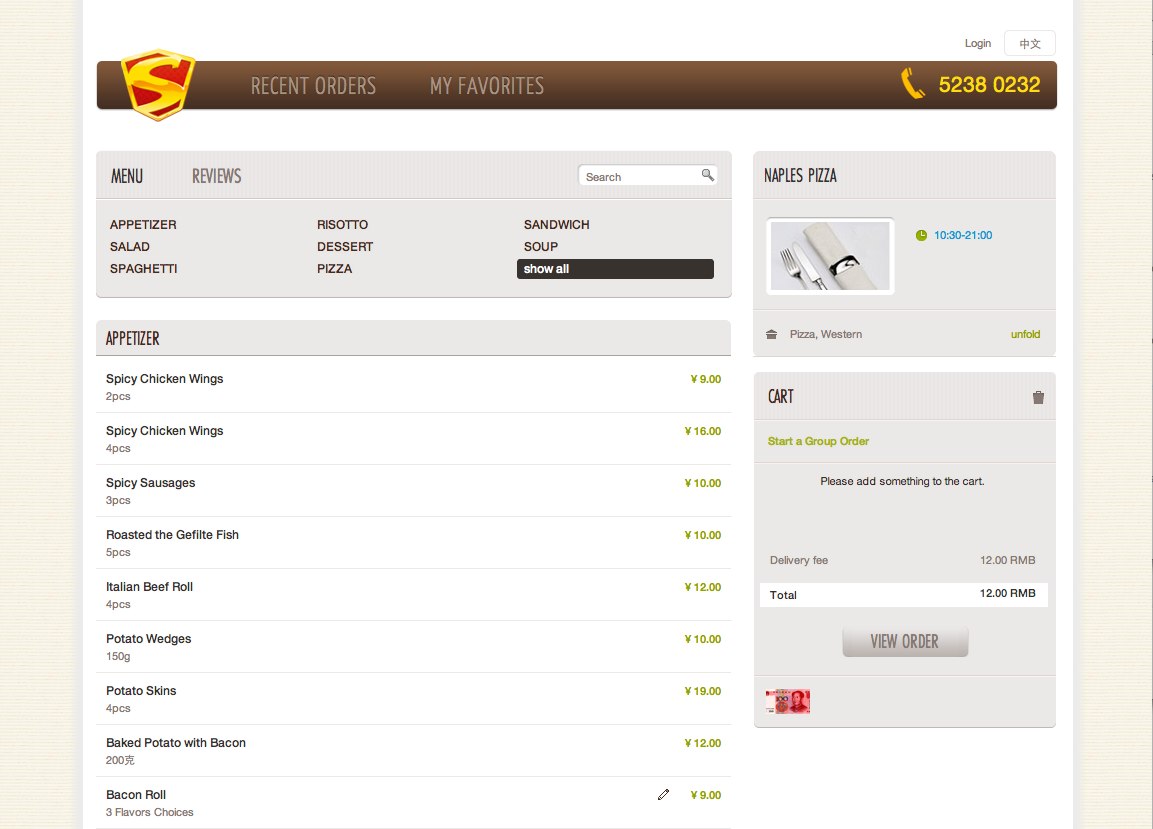