It’s hard to decide on where to start when it comes to discussing the sprawling, complicated, tangled but enticing mess that is China’s tech startup ecosystem, so I’m just going to go straight to the money.

For all its recent economic problems, China is still a country full of opportunities, especially related to the Internet, where online-to-offline services stand to benefit from the lack of developed retail and service infrastructure. One VC I talked to in Shanghai suggested that in China there isn't even a need to place big, risky bets on exciting but unproven Internet companies. It is enough to just pick technologies and services that have succeeded in the US but so far haven't been fully implemented in China, and wait for them to succeed as the market matures. Even restaurant chains and hotels are still attracting VC funding in China, not to mention higher-tech opportunities in clean tech and bio sciences, which are starting to benefit from Big Pharma's R&D outsourcing.

As low-risk, big-win investment opportunities become ever harder to come by in the Western world, common sense would suggest that China presents an obvious opportunity for foreign venture capitalists. But sometimes common sense loses to practicality – and in this case, the scales for venture capital in China are tipped strongly in favor of locals, who don't have to navigate the byzantine rules and regulations that exist for foreign funds. There is no such thing as a US dollar fund in China, because the government, which isn't all that keen on foreign investment, simply doesn't allow it. To get around that, foreign funds have to set up complicated VIE structures that incorporate shell companies for Chinese startups in places such as Bermuda or the Cayman Islands. Not only are such workarounds a pain in the ass for VCs, but they're often too much of a nuisance for startups, who would often rather just opt for the locally based money.

And that is where Kaifu Lee's Innovation Works comes in. Thanks to his celebrity and RMB fund, Lee – who has 15 million followers on Sina Weibo and a library of books with his face on the cover – has been able to corner a large part of the market for early stage startups in Beijing, which is the centre of China's tech universe. For any Chinese startup looking for an incubator, Innovation Works is an obvious and easy choice. And with the recent opening of a 10,000 square meter space in Shanghai that influence is likely to spread. That has the perhaps undesirable effect of, to some extent, blocking out foreigners and concentrating power in one man’s hands, but it is just one impediment that the ecosystem faces. There are plenty of others.

For almost its entire 12-year history, China's Internet has been dominated by four or five major players. Today, they can be summed up with the acronym "BATS". That's Baidu, Alibaba, Tencent, and Sina (and sometimes Shanda). Traditionally, these guys have not been friendly to startups. In fact, a universal complaint I heard among the startups that I spoke to – and many of the VCs – was that these giants, which are all worth well north of $10 billion, would frequently steal the ideas and teams of upstart competitors in their spaces. I'm going to call this the "copy and crush" doctrine.

The attitude among the giants has long been "We've got the traffic, so why don't we just take your idea, replicate it, and distribute it to our huge user-base?". Often, to do so, the large companies will raid the startups, offering much higher salaries to a few key people in order to build the new product in-house. One egregious example I heard involved a major company lying to security guards at one company's offices in order to gain access to the engineers inside, in front of whom they then dangled large offers.

Copy and crush still happens, but things are starting to change. In the last 14 months, for the first time, there have been some significant mergers and acquisitions that could enliven and legitimize the ecosystem. As the BATS giants have come under increasing public scrutiny and pressure from shareholders, and as their venture war-chests swell, they have started to plug holes in their armor by investing in companies that go deep in verticals. And so we have seen Baidu pay $306 million for a majority stake in online travel platform Qunar, valuing the company at $500 million. We have also seen the high-profile merger of Youku and Tudou, two of China's biggest online video sites, in a billion-dollar deal. Prior to that, Sina paid $66.4 million for a 9 percent stake in Tudou. And social network RenRen bought video-sharing site 56.com for $80 million. Meanwhile, Tencent invested $88.4 million in travel site eLong for a 16 percent stake.

That is not enough to sustain a healthy ecosystem on its own, but it's a start. And even though those deals have been slow to eventuate, many VCs in China are optimistic that M&A activity will go from strength to strength, a topic I covered in greater depth a few weeks ago. 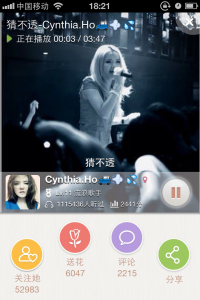 The giants are also now mature and big enough that they are spawning the new generation of entrepreneurs. For example, YY.com's founder, David Li, started the communications portal after leaving NetEase. Xiaomi co-founder and president Lin Bin came direct from Google, and so did LightInTheBox’s Alan Guo and Wandoujia’s Junyu Wang. The founders of Changba and Shakey Shakey Food God previously worked at Alibaba and Baidu respectively, just to name a few.

I could talk for quite a while about the other handicaps China’s startup ecosystem faces. For a start, the Internet industry is over-reliant on gaming. Tencent, RenRen, and even security software company Qihoo rely largely on games for the bulk of their revenue. Then there’s the hyper-competition, which means that startups must move at light-speed just to survive. That can be a positive thing when it comes to micro-innovations and product localizations, but it is rare that a company will be allowed to grow slowly and make mistakes.

The aforementioned lack of infrastructure means investors are less likely to fund high-risk ventures. That low-risk approach is also embedded in Chinese culture, and the education system – based on rote memorization and a one-off exam that determines a student’s future – which hampers creativity and innovation. Then there’s a lack of experienced C-level management.

There’s the ongoing lack of respect for intellectual property, and a preponderance of copycats, a phenomenon that is still promoted by the likes of Innovation Works, which has no qualms in encouraging Chinese versions of already proven American business models and products, many of which are yet to take hold in the country.

And, perhaps most damagingly, the IPO exit option seems to be closed off, at least for a year or so. A series of accounting scandals of US-listed Chinese companies has turned the market against upstarts from the Orient, and many of those who have listed in recent times have underperformed, including Youku, Dang Dang, VIP Shop, and Mecox Lane. These factors have contributed to a slowdown in VC investment in the country. For now, neither startups nor investors can pin their hopes on a public exit. 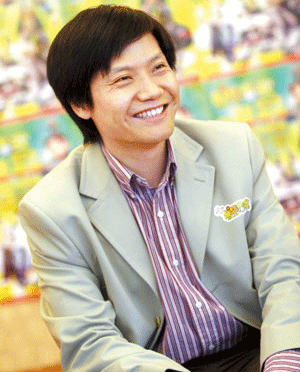 For all the negatives, however, there are enough encouraging positives to suggest that China’s tech startup ecosystem has a bright future and is increasingly robust. There is now a developed network of angel investors – among the most prominent of which is Xiaomi co-founder Lei Jun, who invested in YY and UCWeb, and Xu Xiaoping, who is behind LightInTheBox and dating site Jiayuan – and early-stage VCs, encouraged by the success of the likes of Gobi Partners, an early mover in the space. There are incubators – Innovation Works, obviously, but also others run by VC firms, such as Gobi – and now there are serial entrepreneurs. Included among the latter group are rising stars such as Meilishuo’s Yirong Xu, Shakey Shakey Food God’s Chaoren Chen, Baihe’s Jason Tian, and Red Atoms’ David Liu, just to name a few.

More importantly, China, too, has seen a paradigm shift from Web 2.0 to the mobile era, which has opened up opportunities for startups to move into niches not currently occupied by the BATS giants. Baidu has felt the sting of this new era and has seen its share price plummet as it struggles to adapt to a new environment in which it can’t claim search dominance. Meanwhile, there is palpable excitement surrounding the likes of karaoke app Changba – which is believed to have accrued 10 million users in just two months – as well as Xiaomi, the mobile Internet and hardware company that some think is China’s homegrown answer to Apple. Although it is owned by Tecent, one of the giants, there’s also Weixin, a messaging app and emerging social network that has earned more than 100 million users in just a year. I have argued that Facebook may one day end up looking a lot like Weixin.

The upshot is that while China’s tech startup ecosystem is still a work in progress, there is plenty of reason for hope. Some of its problems are so deep – the cultural ones, in particular – that they will take years to overcome. But others are being smashed to pieces as we speak. As the country’s Internet population continues to grow and smartphones become a feature of every peasant’s pocket, new opportunities will appear in every hutong. The money, foreign and local, will follow those problems, trying to solve them in record time, commensurate with the heady rate of change China has seen in the past three decades. And while China’s Internet industry has until now been plagued by copying, crushing, and a lack of M&A action, the scene is now set for some big ideas, serious innovation, and perhaps one or two homegrown companies that can find real success outside of the country’s borders. It’s a long way off from being as significant as Silicon Valley, but, IPO issues aside, it’s hard to think of anywhere in the world where there’s more cause excitement.

[I spent June and July reporting from China. I have now left the country. This post is one of the final pieces I will write related to that particular trip.]