Wondering how Apple can possibly build on its record-shattering valuation? Look at what Tencent is doing in China.

The Internet giant – which has a market cap of close to $58 billion – has today launched what it calls "the world's first large screen mobile entertainment smart cloud product." The product, called iCE SCREEN, was developed with TCL Multimedia and offers a new way to access the Internet that reaches beyond tablets and smartphones. With a 26-inch screen, it is really a new kind of TV.

The device is geared for media consumption rather than creation, and comes with a high-speed video player, a music library, photo album, and "high-definition video communications". It's available for sale in China now at the frankly pretty incredible price of RMB1,999 ($314) – the same price as Xiaomi's popular high-spec smartphone.

The iCE SCREEN comes with its own operating system, on which users can view and listen to media, as well as play games and access other apps from the cloud. The slim device – which looks like something Apple might have come up with – also comes with a portable power source.

The specs (thanks to TechNode):

In a press release, TCL's chairman, Li Dongsheng, predicted "iCE SCREEN will build a massive differentiated market much like the markets for tablet computers and smartphones. In the meantime, it is expected to drive the joint development of the relevant industries and to open up a new frontier in the global consumer electronics industry."

The iCE SCREEN comes with Tencent's popular QQ services – Video, Album, Music, Messengers, and Games – baked in. The device is built to either hang on a wall or be supported by a prop, and it comes with a swivel system so it can easily switch between horizontal and vertical positions. Tencent and TCL want this thing to be pretty, too. The device is available in sapphire blue, fantasy pink, champagne gold, and green tea green. It is not clear from the press release whether or not the device has a touch screen.

Some people think that after the iPhone 5, and then the iPad mini, the next logical step for Apple would be to disrupt the television hardware industry. In China, at least, Tencent might have just beaten it to the punch.

See more at the product site. 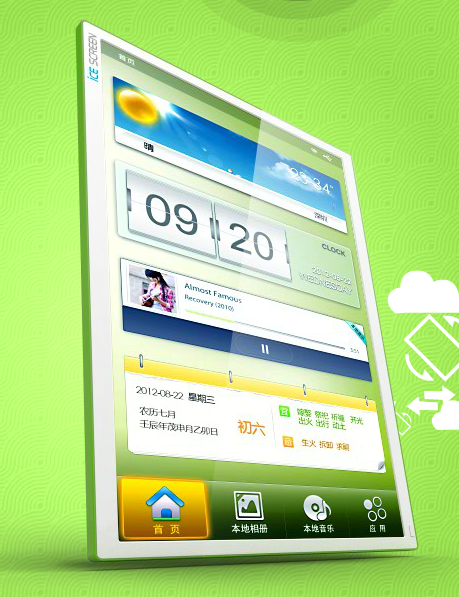 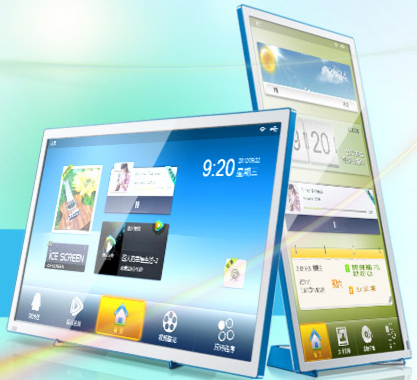