With all the talk of "legitimate rape" and dogs strapped to car rooftops in this election cycle, it can be easy to forget that policy should actually play a role in deciding who gets to lead the United States of America. A team of Berkeley students has set out to fix that by building a Web application that helps voters choose the presidential candidate that would best meet their economic needs.

Making the bold claim that it boasts one of the most advanced models of the US economy ever made public, Politify re-launches today with an interactive app that measures the financial impacts of each presidential candidate's plans according to a user's personal finances and zip code, as well as providing a national overview of each contender's potential impact on households and the national deficit.

The goal of the app is to "really visualize our economic relationship with government," says Nikita Bier, co-founder of Politify and a recent graduate with degrees in political economy and business administration. "A lot of people ask 'What does government do?', and I want to make that 100 percent clear.”

Bier and co-founder Jeremy Blalock, a computer science student, first launched Politify to coincide with the Republican primaries in February. The app attracted 300,000 users over the course of a month and a half, but its algorithms were fairly rudimentary, says Bier. Still, it won the duo Berkeley's Big Ideas competition, which netted the team $20,000. Politify also went on to win a $15,000 grant from the Sunlight Foundation. The team has now grown to six members, of whom all except Bier are students. 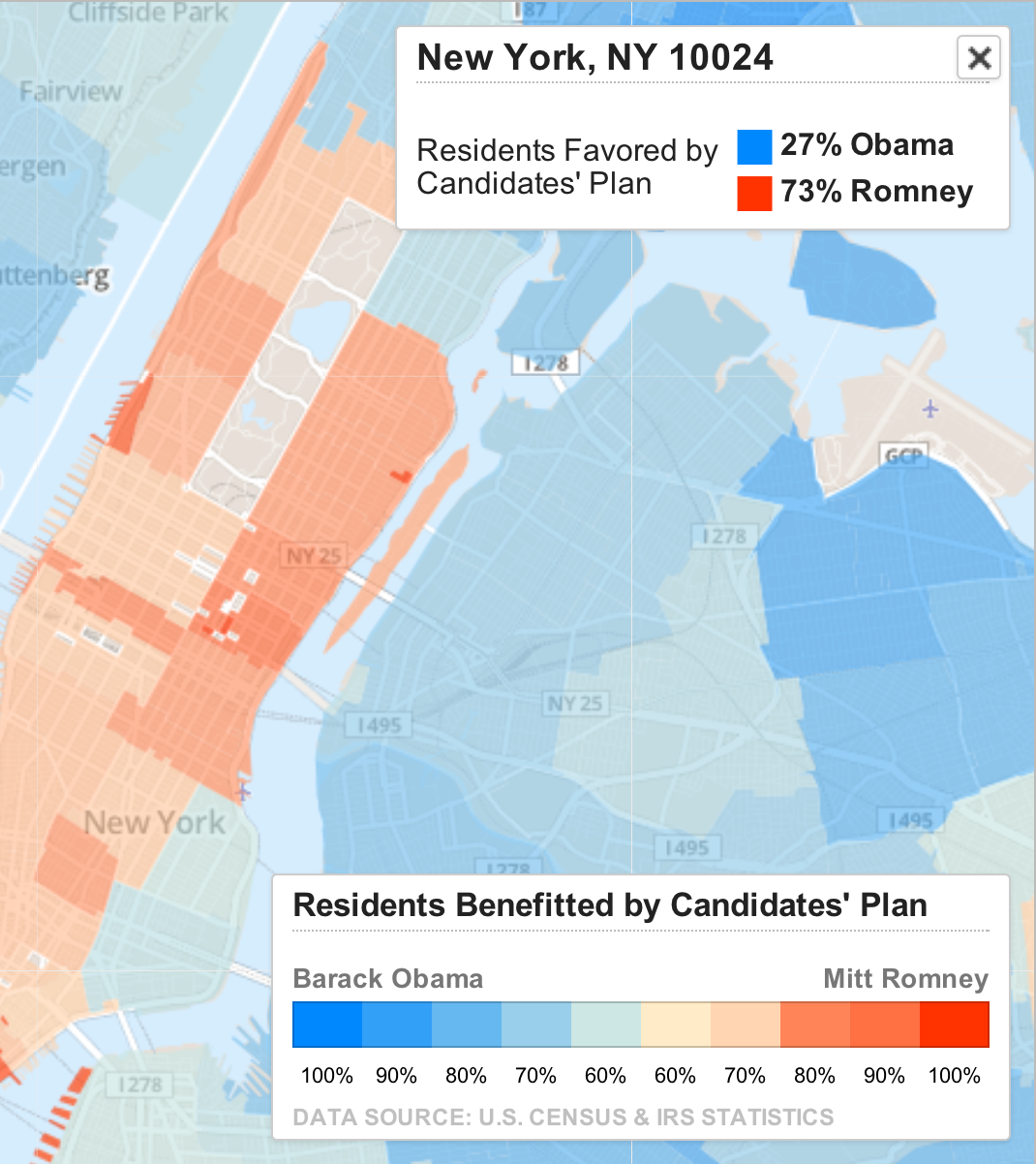 This version of the app merges data from the IRS and the Census to compare Obama and Romney's economic policies to particular parts of the country. Bier, who is 22 and now works full-time on the project, says Politify introduced the localized feature in response to claims that people vote altruistically and not just in their own personal interest.

At its base, Politify measures the extent of the change in net transfer of resources from government to individuals, says Bier. One of the great surprises from the app's findings is that Romney's policies favor voters in urban areas, who are on average much more likely to vote for Obama, while the President's policies favor rural voters, who have in recent years overwhelmingly opted for Republican candidates. Bier notes that Politify's algorithms don't take into account economic growth, which is highly subjective and difficult to measure. So even though the app shows that Obama's policies benefit more households (69.8 percent) than do Romney's (30.2 percent), it might not be telling the full story.

Bier, who in his high school yearbook was picked out to be a future politician, says the app is non-partisan and describes himself as a "radical moderate". He believes Politify can make the political process more transparent and hopes it will elevate the important issues of policy and economics to a higher pedestal than social and moral issues. “A tool like this might be able to instill some reason in the debate," he suggests, optimistically.

Politify's advisors include Pandora co-founder Will Glaser, Berkeley economics professor Emmanuel Saez (a MacArthur Genius Fellow), and former Secretary of Labor Robert Reich. Bier hopes Politify will become a long-term endeavor, but it will need to raise more funding. In the future, he hopes to expand the model to encompass post-election policy issues.

The app also comes with a full set of social sharing tools. "I feel there’s a lot of friction to engagement," says Bier. "Most people don’t like politics because it’s complicated, it’s a touchy topic, and it really shouldn’t be.”