The digital director for President Obama’s re-election campaign today said Tumblr is his favorite social media tool in this election.

Speaking on a panel about social media’s impact on the 2012 Presidential campaign here in Charlotte for the Democratic National Convention, Obama’s digital point-man Joe Rospars turned to his fellow panelists from Twitter, Facebook, and Google and apologized. For him, the campaign’s Tumblr account is the most interesting way of reaching voters, he confessed. “Our content’s the most fun there, and we have a lot of engagement.”

Recent content posted to the account includes a user-submitted photo of a hedgehog for Obama, the White House’s home brew recipe, and a gif of Obama high-fiving a toddler.

Responding to a question from the audience, Rospars also said that it was the campaign who came up with the idea for Obama’s extraordinarily popular Reddit AMA a few days ago. “Our team pitched it because it’s a big community of folks who are driving a lot of the conversation,” Rospars said of Reddit. “It’s the homepage of the Internet, and we wanted to be part of it.”

After the panel session – at which representatives from Google, Facebook, and Twitter got together to talk about how amazing social media is for democracy, etc – a couple of other tech reporters and I pulled Rospars aside. I asked him how much convincing Obama needed to do the AMA.

“He didn’t need any arm-twisting at all,” Rospars replied. “He had a great time with it, enjoyed it, understood everything about it, and...was very pleased to see so many people were excited to have him there.”

The response to Obama’s AMA was momentous, generating fevered excitement on Twitter in particular, and attracting thousands of upvotes and questions from the Reddit community – to the point where the site actually buckled under the traffic. Was the campaign surprised at the reception?

“We were surprised that we broke Reddit,” Rospars said. “Reddit is a massive traffic driver and real opinion shaper site on the Web. Those guys worked really really hard to keep it up.” 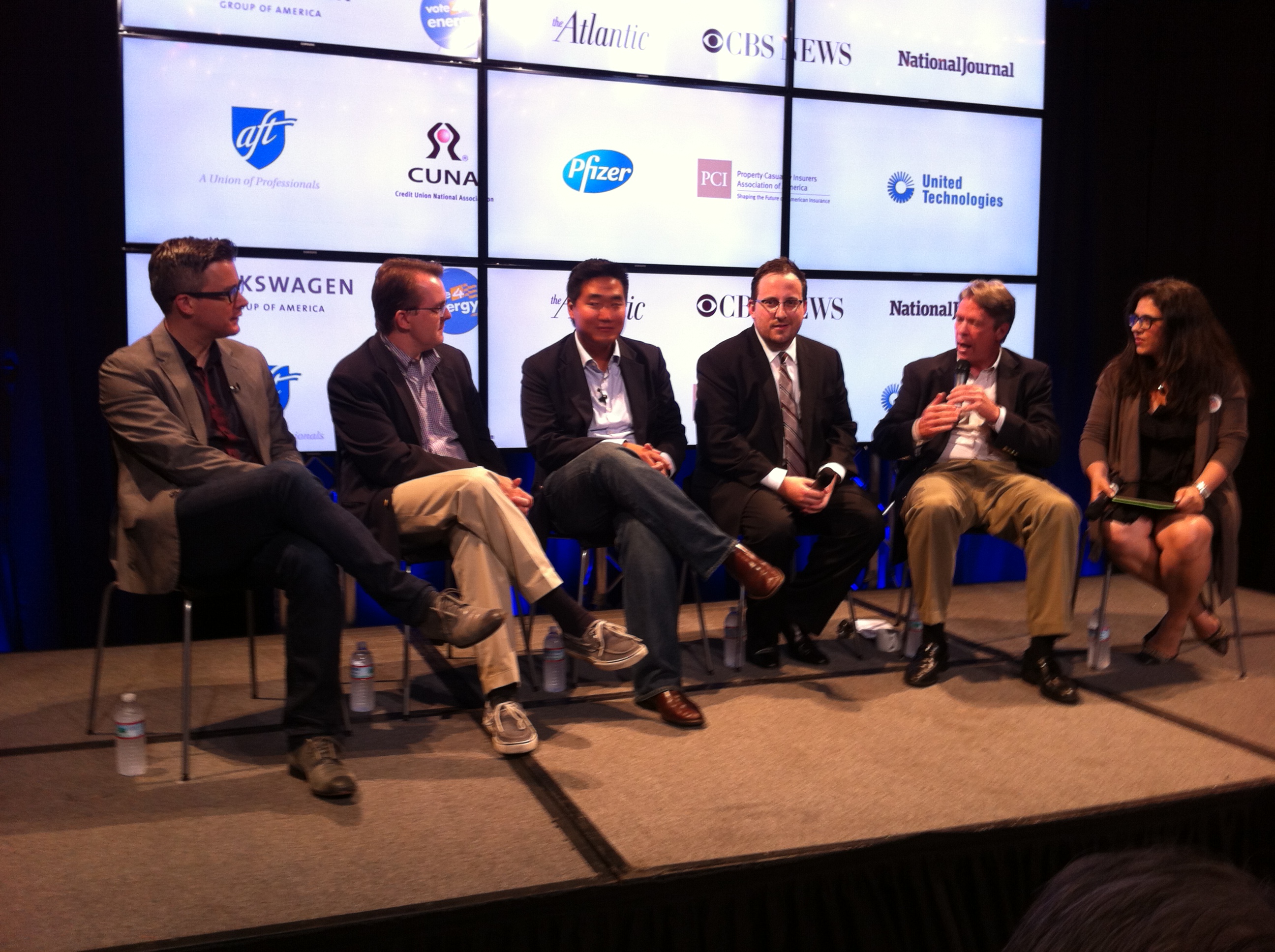 Earlier during the panel, which was hosted by the National Journal, The Atlantic, and CBS News, Facebook’s manager for public policy, Adam Conner, said social media is effectively “a new battleground state” for the election. There are more eligible voters on Facebook today than there are actual people who voted in the 2008 election, he said. He added that one of the most important differences about social media as a campaign tool is that you can track engagement.

Adam Sharp, Twitter’s manager for government and political partnerships, echoed that statement. Services like Twitter and Facebook can measure the texture of national sentiment in a way that blogs can’t, he said. “We’re also measuring for the first time, natural conversation,” Sharp said. “These are measuring reactions that a cycle ago would have been behind closed of coffee shops and office water coolers.”

Sharp pointed to an example how the President’s approval numbers sagged between May, when Osama Bin Laden was killed, to July. Twitter’s analysts noticed from the company’s data that Obama’s favorability numbers started dropping a few weeks before they were reflected as doing so in the polls. Looking at that data, they realized that, after the initial euphoria surrounding the Bin Laden news wore off, there were more Tweets about the economy in that period than all national security issues combined.

This, he said, represents a new era in political tracking. “Now we’re able to actually see where the conversation is turning.”