Naval Ravikant of AngelList always hints that he has a long 10-year plan for what he's building. With new firms like Andreessen Horowitz, out of nowhere investors like Yuri Millner, and power-incubators like Y-Combinator disrupting business as usual on Sand Hill Road all around him, Naval is like the guy in the kung fu movie in the white suit, doing nothing in the middle of a fight, absolutely dead calm. You just look at him, flipping his coin in the air, and know at any minute he's going to bust out some crazy can of whoop-ass kung fu magic.

We're seeing at least a roundhouse kick or two of that strategy today. AngelList is launching the ability for startups to close basic Series Seed documents and convertible notes -- electronically, for free, and translated from legalese into language and charts that any entrepreneur can understand. (See screenshots below.) Right now, it's in limited release and you must apply to use them, but it'll be opened up to all startups soon -- whether you are raising money on AngelList or not. If you're raising money or thinking of raising money, go here now to check it out.

If you've ever raised a round of venture capital, you know why this is a huge deal. Even having written about hundreds of deals, I was stunned at how antiquated the process was when I actually went through it last December. We did a straight-forward convertible note, I had great lawyers, and I was dealing with highly professional investors. Even still, it took months to get all the signatures and the right pages routed to all the right people. I can't count how many times I had to stop doing something incredibly important to print, sign, scan, and email back documents. People complain about the cost of closing these rounds -- some $20,000 at least. Indeed, that's money a startup could better use elsewhere. But the worse tax to me was the time and the hassle.

For companies in a startup ecosystem like Silicon Valley or New York, this is a nice money and time saver. For startups being formed anywhere else -- where law firms don't do deals like these on spec, where there's social pressure for mainstream firms not to screw entrepreneurs over, where there aren't mentors who can explain the arcane terms -- this is nothing short of a game changer.

Here's how it works: You enter the specifics in a Turbo Tax-easy form, using tools to help you figure out things like ownership and vesting schedules. The documents are automatically generated, the electronic signatures are managed for you via HelloFax, and PDFs are generated for the requisite parties.

There's a small amount of legal work an actual attorney has to do, such as generating the schedule of exemptions. Either a startup's own attorney can do that part or Wilson Sonsini Goodrich & Rosati will handle that for any startup using these documents for free. Ravikant says he's working on adding more attorneys as partners, and says most have been amenable. "Attorneys don't hate this," Ravikant says. "Closing docs are a loss leader to acquire new customers."

The transfer of funds doesn't actually happen over AngelList -- that would make them a broker dealer, running afoul of existing securities laws -- but wire instructions are sent to the investors. The other key to this being legal is that the forms are completely optional and AngelList doesn't negotiate the terms. It's just the conduit. And it's all been made possible by the JOBS Act, which Ravikant lobbied heavily to make a reality.

The key to making these closings this cheap and simple is taking out any pet clauses or specific terms. That likely wouldn't work for closing larger, later stage rounds, but it's the direction everyone has been pushing the industry, when it comes to seed deals. The mania around convertible notes is largely because they are cheaper and easier to close, ditto Fenwick & West's pioneering Series Seed documents and Adeo Ressi's new Convertible Equity concept.

This is not to say no one will have an issue with AngelList's move -- it is sure to rankle some of the gate keepers in the Valley and worry those who feel the business is becoming commoditized. There have always been those uncomfortable with AngelList's mission of dragging a confusing, back-room world of venture capital into the light.

But while they may still hate it -- few will talk about it openly, because the move is so entrepreneur-friendly, and no one wants to look like he or she is against entrepreneurs. But few can argue with AngelList's uncanny success in demystifying and automating nearly anything that pains entrepreneurs. As we first reported, companies have raised $1.1 billion on AngelList to date, including large Series A deals like the one raised by Rally.org.

And in June, AngelList launched a talent vertical to match entrepreneurs looking for talent with job seekers. It has connected startups with 10,000 candidates since then, and in the early days it was already doing triple the velocity of match-making between job seekers and startups that AngelList does with investors and entrepreneurs.

One thing is for sure: AngelList isn't close to done here. I know a little about what they have planned for the future, so it would be unfair for me to speculate. Come to our November 15 PandoMonthly with Ravikant, where I promise to pry more out of him on stage.

In the meantime, expect more product launches in the vein of making deal flow, hiring and closing documents easier, automated, and stripped of all of their proprietary mystery. AngelList may still cause nightmares for some VCs, but it's seeking to become the first time entrepreneur's greatest ally. If Ravikant has his way, in the future, the only hard thing about building a company will be actually building the company. 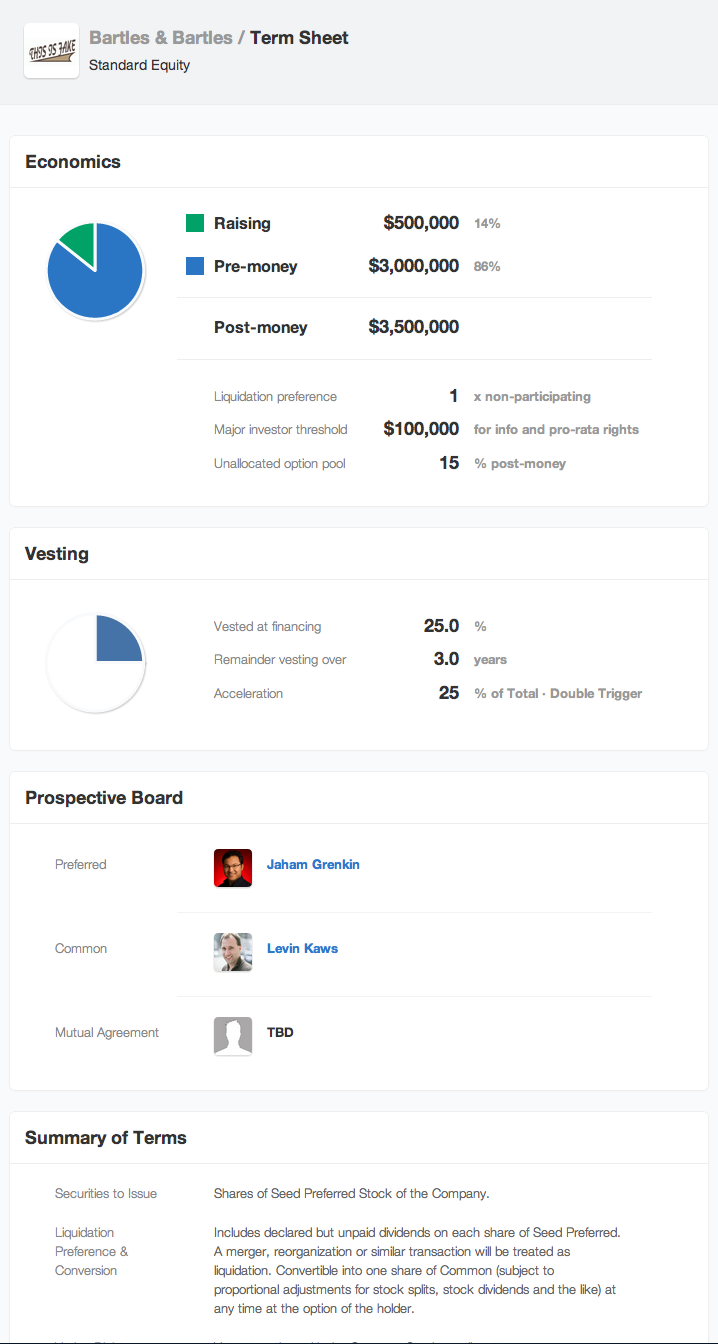