Welcome to the second installment of the Friday Fifteen: 15 GIFs, images, videos, and links that tell the story of the week that was. This week there were big moves from Amazon, we watched social media erupt over the DNC and the VMAs, and we saw hackers make a comeback.

Yesterday, Amazon announced not one, not two, but six new products, ranging from a slighty crisper, cheaper version of their basic Kindle for $69 to an acronym-heavy iPad competitor, the Kindle Fire HD 4G LTE for $499. That's a lot of numbers and letters, but what does it all mean? Check out some of the best reporting and analysis on Amazon's big day here, here, here, here, and here.

Which also brings us to.... 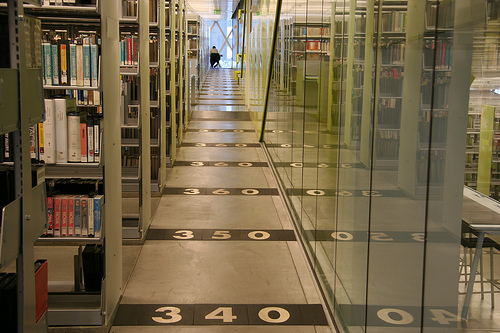 Well, e-books, anyway. In addition to pitting itself against the iPad in the high-end tablet market, Amazon also announced an slew of features aimed at changing the way people read (and maybe even write). These features include its new "Paperwhite" display, its upcoming line of Kindle Serials, and a new Whispersync upgrade that allows users to switch seamlessly between reading and listening to an audio version of a book, without losing their place. These newfangled "books" (it's books, right?) might just take off after all.

At least there's one thing Republicans and Democrats can agree on. Quote via Wednesday's Washington Post profile of Reddit co-founder Alexis Ohanian.

4. Did President Obama Just Weigh in on Apple Vs. Google?

(Images via Flickr users Joi and Acaben, and Wikimedia Commons)

In the original draft of President Obama's speech at the Democratic National Convention,  he was all set to mention Google as a shining example of American enterprise and ingenuity. But somewhere along the line there was a change of plans, and Obama name-dropped Steve Jobs instead.

5. Why did YouTube block the livestream of Michelle Obama's speech at the DNC?

"Copyright bots" are the likely culprits, writes Wired's Geeta Dayal. If one of these automated enforcers catches copyrighted material (like a song or a film clip) used in a YouTube clip, it may automatically block the stream, even if the copyrighted material has been cleared for use.

President Obama's DNC speech attracted more tweets than any political event in history. But according to a study by the social analytics firm Trendrr, the DNC broadcast had less than a fourth of the "social comments" that last night's MTV Video Music Awards had. When did social networks hit their peak? During breakout R&B star Frank Ocean's performance of "Thinking About You."

Ever feel nostalgic for the Summer of '11? When it seemed like every day brought a new hack from Anonymous or LulzSec or some other "hacktivist" group? Well, you're in luck (allegedly): Last Monday, the Anonymous-affiliated hacker collective AntiSec  posted what it claims are one million Apple Unique Device IDs (UDIDs) to Pastebin, a favorite repository for hacked materials. Where did it get the IDs? AntiSec says they came from a list of 12 million UDIDs compiled by the FBI (the FBI denies that it was hacked).

On the less-plausible end of the hacker news cycle are the claims that a team of hackers have obtained Mitt Romney's tax records (through an Ocean's Eleven-style heist, no less) and plan to release them on September 28 if they aren't paid $1 million in bitcoins, an online currency that can be difficult to trace.

8. When Patents Get Creepy 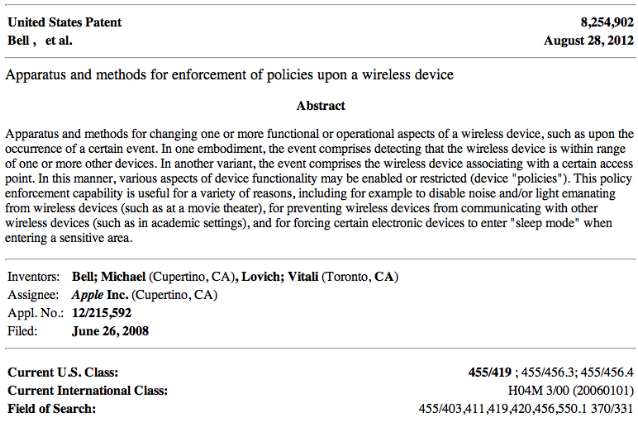 Last week, Petapixel reported that an Apple patent has been approved for technology that could disable a person's iPhone camera remotely. The idea is to stop, say, piraters from filming movies in theaters. But couldn't it also be used by a government to stop people from filming or snapping photos of things it doesn't want the public to see? (via Boing Boing) 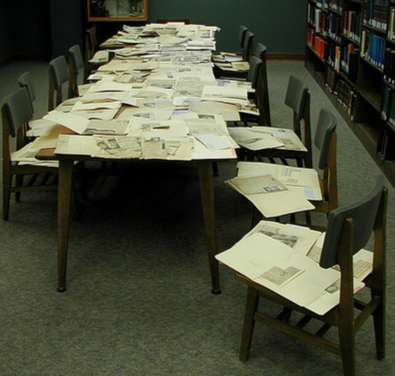 On Wednesday, CEO John Paton announced that the Journal Register Company, which owns dozens of publications in the Northeast and Midwest, had filed for Chapter 11 bankruptcy. On his blog, Paton wrote that while the company's digital revenues and audiences were way up, it wasn't enough to counter losses on the print side:

10. The Mars Rover is Making Tracks 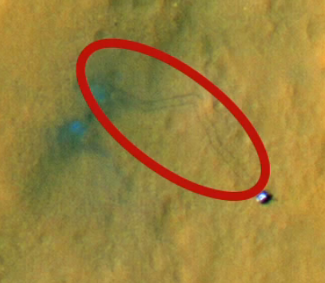 Above, you can see the path the Curiosity rover has made since landing on the Martian surface last month. (YouTube screenshot via JPLNews) 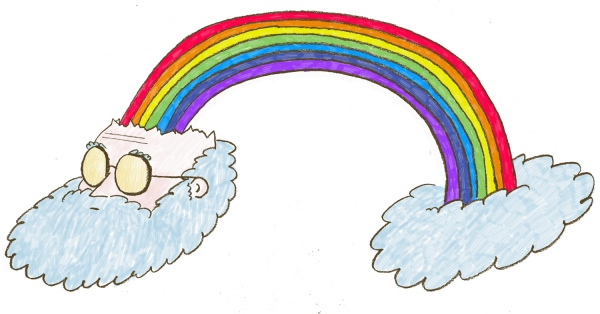 This week, Jay Amato analyzed Mark Zuckerberg in his excellent piece, "Why More Experienced CEOs Will Stay at the Forefront of Innovation":

"The calamity plaguing Facebook might be a current case in point. Does Mark Zuckerberg have the Sensemaking trait? Certainly he did at one point, but he now seems to be struggling with truly knowing Facebook’s place in the world. Does he possess the Relating trait? If we’re to believe what has been written about him, perhaps not. Mark definitely had, at one point, Visioning and Inventing, but while a question mark still looms over whether he can vision his way out of his current challenges, the young founder now appears like he’s running dry on Inventing. Facebook’s anemic stock price raises a glaring question about whether a more seasoned executive would have followed his bankers into the imbroglio of a botched public offering." 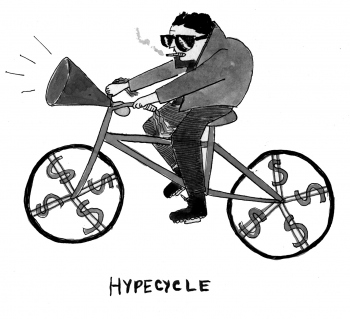 In response to Francisco Dao's "The Ecosystem of Hype," a user named Wytek writes:

We're doing the week in numbers a little differently this week. See if you can match the pieces of data to what they correspond with (click on links for answers):

1. The difference between the # of U.S. jobs created in July, and the # created in August

2. The # of tweets during President Obama's DNC speech

3. The percentage by which malware has increased on Android phones this year

4. Facebook is projected to be behind Twitter this year with only this percentage of Twitter's mobile ad revenue.

5. The number of Galaxy S III smartphones sold by Samsung in the first 100 days