In a world of Stanford-educated, VC-backed, Y Combinator-graduated, young entrepreneurial stars, David Larkin is a total outsider. He lives in New York, he’s 52, and he comes from the film industry, with such production credits as “The Flamingo Kid” and “Cannibalistic Humanoid Underground Dwellers” to his name. He sold his dotcom startup to a London media group, then bought it back, and then sold again to the same group. And when it came time to forging partnerships for his new venture, GoWatchIt, he didn’t call in favors from high-powered buddies or backers – instead, he cold-called Roger Ebert and the New York Times.

The most impressive thing is that he just might be onto something with GoWatchIt, which is the work of Larkin’s seven-man startup, Plexus Entertainment. It is, he says, a “universal queue”, which allows users to build a “to watch” list of movies. Until last week, you could only do that on GoWatchIt.com, but Plexus has just launched a mobile app that lets you watch a film immediately or add it to your queue by taking a photo of a movie poster, DVD cover, or magazine ad. If a film isn’t yet released, it gets automatically added to your queue and you get an alert when it’s available.

The app, which connects to iTunes, Netflix, Amazon, and Redbox, draws on a database of thousands of film images, which the startup has licensed from image libraries. Some of them, however, it has to add manually. GoWatchIt employees do that by running around to several movie theaters in New York and taking photos of the posters themselves.

Larkin and his CTO Bernie Kravitz use the term “queuebiquity” to refer to the idea of GoWatchIt’s universal film queue. “The theory about the app is discovery happens wherever you are,” says Larkin, who in 1996 founded a trade show news network that he later sold to London’s Tarsus Group. After Tarsus decided to unload the site during the dotcom crash, Larkin built it back up again and eventually sold it back to the group. Prior to that, he worked in every role in the film and video industry from production manager to producer in Hollywood and New York, and has since started an investment group, and, among many other interests, sits on the board of the Montauk Observatory. He was a producer on "Made In China", which won the jury award at South By Southwest in 2009, when he first got interested in GoWatchIt.

"David is an extremely curious person," says his friend Matthew Putman, founder of a high-resolution digital imaging startup called Nanotronics Imaging, for which Larkin is executive chairman. "He learns everything and reads a lot and is interested. He approaches a movie not just as a business possibility, but we talk about the movie." Because of his long history in the dotcom industry, he is resistant to the lure of fads and "hot" new things. "I always turn to him for advice," says Putman, who is also a researcher at Columbia University. "Even though I respect these young hackers, I don’t turn to them for these long-term trends."

While GoWatchIt is a consumer-oriented service, Larkin’s business focus is on Hollywood and helping studios to improve their marketing spend. Larkin notes that film studios have shockingly little information on what movie fans like and how they watch their films, so many marketing dollars go to waste. For instance, GoWatchIt hopes to be able to tell studios which users liked both “The Hangover” and “Bachelorette”, and which bus shelter is the best in the country for movie advertising. Larkin also envisages a time when, thanks to GoWatchIt’s analytics, filmgoers who have bought a ticket for “Dark Knight Rises” can get a discount on the DVD.

GoWatchIt can get some of that data from its partnership with the New York Times. Plexus powers a “Watch This Movie” button that is embedded on film reviews on the newspaper’s website. When you click the button, you’re presented with a series of links that let you buy tickets for the theater, or download the movie from Amazon, iTunes, YouTube, or Vudu. Of course, if you’re signed in, you can also just place it in your GoWatchIt queue. The “Watch It” button also appears on RogerEbert.com, Sundance Institute, Tribeca Film, The Wrap, Variety, Daily Candy, and other entertainment sites. On its website, GoWatchIt also offers curated film lists from Roger Ebert and Daily Candy, among others, and users can add a bookmarklet to their browser that allows them to add movies to their queue as they browse the Web.

While GoWatchIt competes tangentially with Fanhattan and GetGlue, Larkin has an advantage in that he knows how to speak to Hollywood, which – at least in the wake of the failed Stop Online Privacy Act – is notorious for not being all that friendly to Internet innovation. When he speaks to film executives, he stresses that GoWatchIt can help them sell more movie tickets and then clean up the long tail with online sales. “I don't say ‘We're the asteroid, you're the dinosaur, get out of the way’," he says.

Strangely enough, film execs don’t want to hear that their box office sales are going to be eroded by digital platforms. But they’re not the digital slobs some people might take them for. “There’s this perceived vibe between what the consumers thinking Hollywood is doing and what Hollywood is actually doing,” says Larkin. “They’re actually pretty actively experimenting, and just the fact that they’re not going to do it with ‘The Avengers’ right now, doesn’t mean they’re in the Stone Age.”

So far, however, it's fair to say that the experiments are in their early days. Studios do not move quickly, and they have so far shown no inclination to truly disrupt the way they do business, particularly on their "bread and butter" blockbuster releases. Perhaps the best example of dipping their toes into the chilly waters of digital uncertainty came with the release of "Bachelorette", which was available on iTunes for months before its release in cinemas.

As Larkin's approach suggests, perhaps the best way to get Hollywood on the side of startups is to work with it rather than against it. It might turn out that GoWatchIt's greatest value is in recognizing that digital platforms don't always have to undercut the movie industry and can instead make it better and more efficient. That way, studios still get to make money, consumers get to watch their films however they like, and we all live happily ever after. 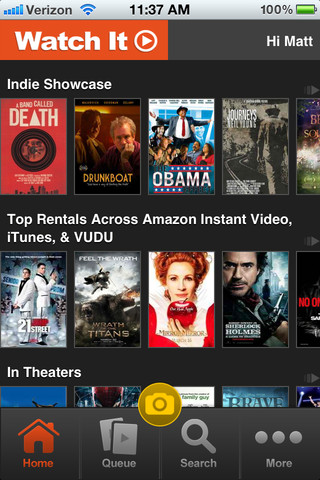 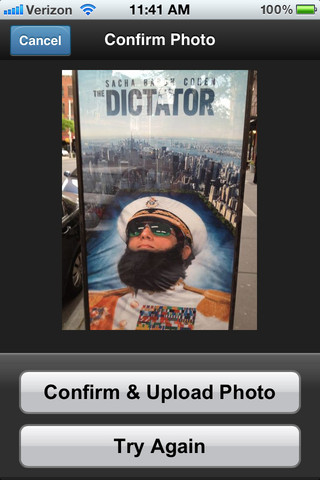