Thanks to digital platforms and the increasing importance of social media, we're getting better data for this election campaign than ever before.

Who attracts the most chatter on Twitter? That's Obama.

You're a candidate and want to know where your donors live? NationBuilder can help you with that.

What were the top ten most talked about moments from the Democratic and Republican conventions on Facebook? There's a page for that.

Now, online donations tool Rally.org can inform candidates in detail how people are reacting to particular campaign content, and who are the most generous givers. "This election cycle candidates and campaigns have much more granular awareness of the impact of their messaging," says Rally co-founder and marketing head Jonas Lamis. Rally provides analytics that help reduce the guesswork political campaigns previously had to do on what messages were moving the needle, and why.

So who among us are the most willing to dig deep into their pockets for political purposes? After studying the online giving patterns of 1 million individual donations across more than 10,000 politically-oriented causes, Rally found that Democratic-leaning states were the biggest givers, but the two parties were pretty much even when it came to "moderate" donations (between $100 and $150) state by state.

As Rally's infographics show, if you happen to live in a northeastern state or Wyoming, you're more likely to vote with your wallet than folks in other states. 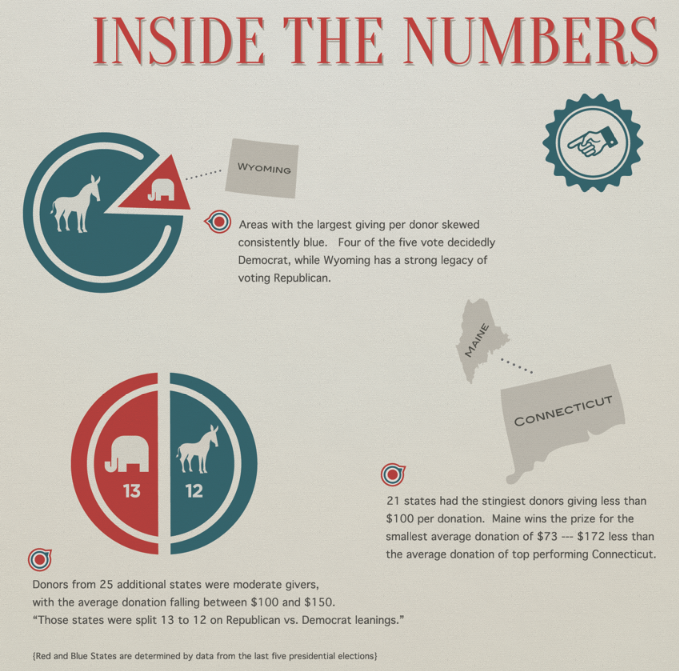 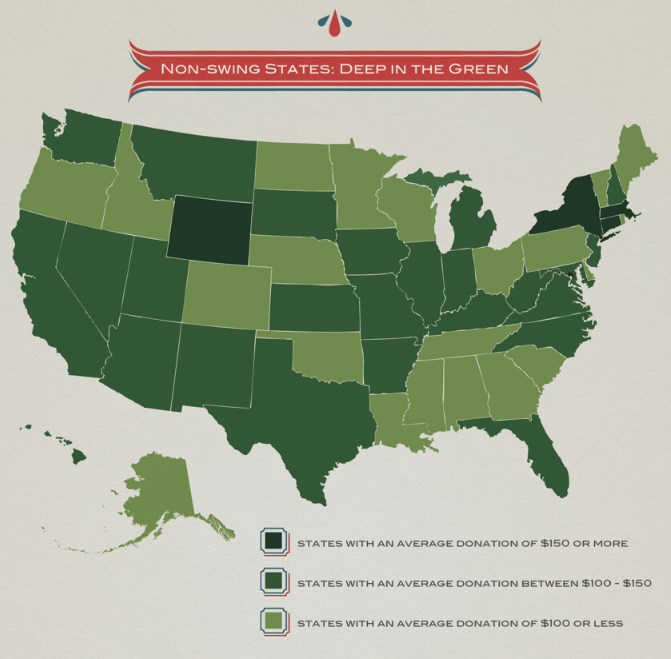