Obama vs Romney 2012: The Most Transparent Election Yet

Although we’d like to think that democracy is neat, tidy, and just, when it comes to election time it becomes overrun by politics, which itself turns into a shouting match. Obamacare will destroy America! Romney hates poor people! Ryan is a liar! Biden is a fool! You know the drill.

This year more than ever, however, we are able to cut through the noise and drive straight to the meat of the issues, and it’s largely thanks to startups that are using technology and data to provide clarity where before there were only bumper stickers and attack ads.

Rachna Choudry knows both sides of federal politics. As a lobbyist for a women’s rights organization on Capitol Hill, she found that there are two ways to influence the political process: with money, or with people. Want to get to a congressman? Write a check and host a fundraiser. Want to move the dial on a particular issue? Get the support of a huge number of people.

At election time, those avenues become even more difficult to access for ordinary folks juggling jobs with family life. It’s not only difficult for these people to have a role in the political process, but it’s a challenge even to get their hands on good information. And so the system gets skewed to the already powerful.

But Choudhry has a startup that addresses both those problems. In 2010, she founded PopVox with Marci Harris, a former Capitol Hill staffer, to give people easy access to aggregated information on bills before Congress and a way to express their support or opposition to the proposed legislation.

The data PopVox provides can also be useful in determining who you want to support at election time. Its Congress Match tool, for instance, shows you how your congressman of congresswoman’s voting record and how it aligns with the issues you care about. The catch is that you have to already have used PopVox in the past to register your interest on issues that matter to you.

Much of PopVox’s power lies not only in its data aggregation – that it compiles all this previously difficult-to-source political information in one place – but also that it presents it so beautifully. Being informed thus becomes easy. Choudhry says the data helps cut through the noise of politics.

“You’re hearing that 10-second sound bite, but to be able to have access to and see aggregated data so that you can find that individual story... is something that hasn’t been available before,” Choudhry says. “That one screaming guy doesn’t necessarily represent everybody.”

PopVox is just one of a number of startups that are making this election more transparent. Here’s a selection of some other newcomers.

Acknowledging that 30 percent of households don't even have a landline phone, Votifi builds individual voter profiles based on short surveys sent to mobile phones. That information can be of great use to candidates. For users, the Votifi app shows you whether you lean left or right on particular issues, based on curated content that allows you to parse complex political information. It also encourages you to civilly debate issues with political opponents. 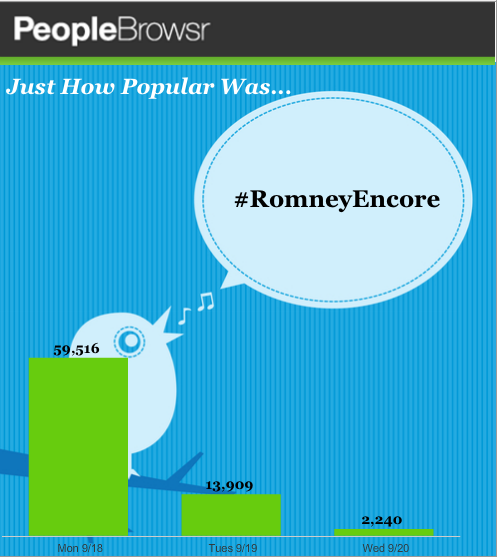 Cloud-based charting company iCharts has a special section for Elections 2012 that serves as a repository for aesthetically appealing charts that voter sentiment across the Web and trending stories related to the election. A simple, graphic way to consume your election data.

A Web app that helps you choose the presidential candidate who would best serve your economic needs. The interactive app measures the financial impacts of each candidate's proposed plans according to your finances and zip code.

A Presidential election quiz that matches you to a candidate based on how you answer questions in a survey. The questions touch on hot-button issues such as abortion, healthcare, and gun control and ask you to rate the importance of each. 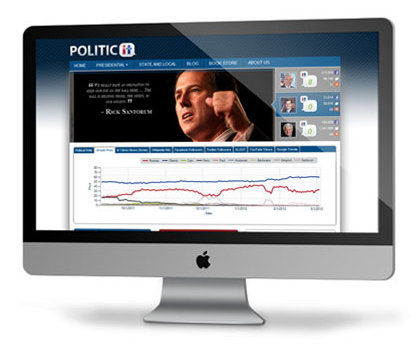 A data ubercenter for all things election. PoliticIt tracks candidates in the presidential, state, and local elections, gathering data from polls, InTrade, Facebook, Twitter, Wikipedia, YouTube, and more. It presents all the info in graphs and aggregates news stories related to the candidates all in one busy website.