With A Boost From Barry Diller, Brooklyn's Atavist Turns the Page on Digital Publishing

Evan Ratliff and Barry Diller are pretty different characters. Diller, the billionaire owner of IAC and a 300-foot super-yacht, is often described as pugnacious, tough, and volatile, or some variation thereof. Ratliff, a journalist turned entrepreneur, is basically a mild-mannered Brooklyn hipster cat owner.He's best known for a Wired experiment-cum-cover story in which he “vanished” off the grid and challenged geeks at home to track him down. Somehow, however, Diller and Ratliff have forged a business partnership that a couple of years ago must have seemed unthinkable.

Ratliff hasn't written much since his vanishing story. He now devotes most of his waking hours to Atavist, a digital publishing startup backed with $1.5 million in seed money from Eric Schmidt, Marc Andreessen, and the Founders Fund, among others. Ratliff started the company with two friends, developer and creative director Jefferson Rabb, and Nicholas Thompson, a senior editor at The New Yorker. Atavist has a publishing arm that produces and sells multimedia longform journalism stories optimized for tablets and smartphones. It also licenses its software to other publishers such as the TED Conferences and The Paris Review.

Two weeks ago, Atavist surprised the media world by announcing a high-profile deal with Brightline, a new publishing company formed by Diller and Scott Rudin, a film and theater producer who is one of the few people to have won an Oscar, an Emmy, a Grammy, and a Tony Award, popularly known as "EGOT". Frances Coady, a veteran publishing executive most recently at Picador and Macmillan is also on the Brightline team. Under the agreement, Brightline will publish fiction and nonfiction books under Atavist's name and invest in the startup. The deal could make Atavist a formidable force in digital publishing and a worthy alternative to Amazon, which currently controls about 65 percent of the ebooks market. (Atavist also sells its ebooks through Amazon.) Diller’s IAC will pump $20 million into building out Brightline itself. 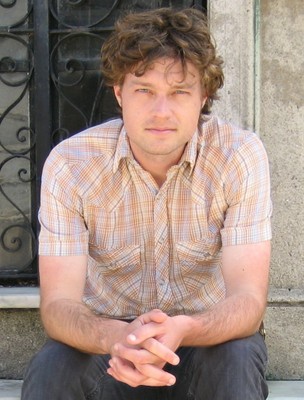 As you might expect, the initial email from Diller came as a surprise to Ratliff. “It was not something I expected to arrive,” he says, sitting in a bunker-like conference room in Atavist’s Brooklyn office. “But then pretty much everything that has happened in the last year is something I would say that about. So at a certain point you’re sort of like, ‘Yeah, okay, that’s also happening.’ We’ve talked to a lot of people we never expected to talk to.”

Atavist’s discussions with Brightline started off as casual conversations about the future of publishing. Do readers really want multimedia experiences? Is it possible to improve on the book? Should publishers offer printing on demand? Eventually the dialogue veered towards business and how the fledgling ventures could work together.

Diller and company came to the table with open minds, says Ratliff, and wanted to talk about reinventing book publishing from scratch. Their approach appealed to Ratliff because they not only wanted to tap into Atavist’s publishing expertise, but they also wanted to explore the software’s potential. “It’s almost like the perfect entity for us to push forward what we’re doing in publishing, and also there’s a heavy tech component to it,” he says.

The partnership also stands to give Atavist a serious profile boost. The 22-month-old company puts out one story a month but it can’t afford to spend much money marketing them – in fact, in some cases it spends nothing at all. Brightline, however, has ideas for how Atavist can get its name out, and the two companies will be pooling their resources.

Brightline will also extend Atavist’s reach into fiction and longer-form book titles. So far, Atavist has focused its efforts on longform reported stories that clock in at between 5,000 and 30,000 words.

For Ratliff, Diller's interest in Atavist isn’t so much validation as a confidence boost. And besides, the business folks aren't really who matter in the end. “It’s always nice when someone who’s really smart and who has been really successful in business wants to work with you, because maybe you’re onto something,” he says. “But ultimately, the whole thing can only be validated by readers.”