In Attempt To Get Bums Back on Seats, MoviePass Launches an "Offline Netflix"

It might be impossible for Hollywood to reverse the grim cinema attendance numbers, which are at a 25-year low thanks to killer home entertainment systems and on-demand movie services such as Netflix. But New York startup MoviePass thinks it has a chance of at least stemming the flow. Today it’s launching an "all you can watch" subscription service that melds smartphone check-ins with an old-fashioned debit card. Think of it as an offline Netflix.

Here’s how it works for the consumer. You pay for a MoviePass subscription, which will cost somewhere in the region of $20 to $40 a month, and you get a special debit card. Provided the cinemas you attend accept credit cards, that gets you into as many films as you want without having to pay extra. (The pass doesn’t include the more-expensive 3D films.)

When you want to see a movie, you go to the cinema, open your MoviePass app, check in, and select the film you want to see. You then take your MoviePass card and buy a ticket at the kiosk. The card only works once you have checked in, and the check-in system only works if you are within 100 yards of the cinema. MoviePass then pays full price for the ticket, and you go on your merry way to watch Christian Bale slaughter the baddies.

(You can see a demo video at the MoviePass site.) 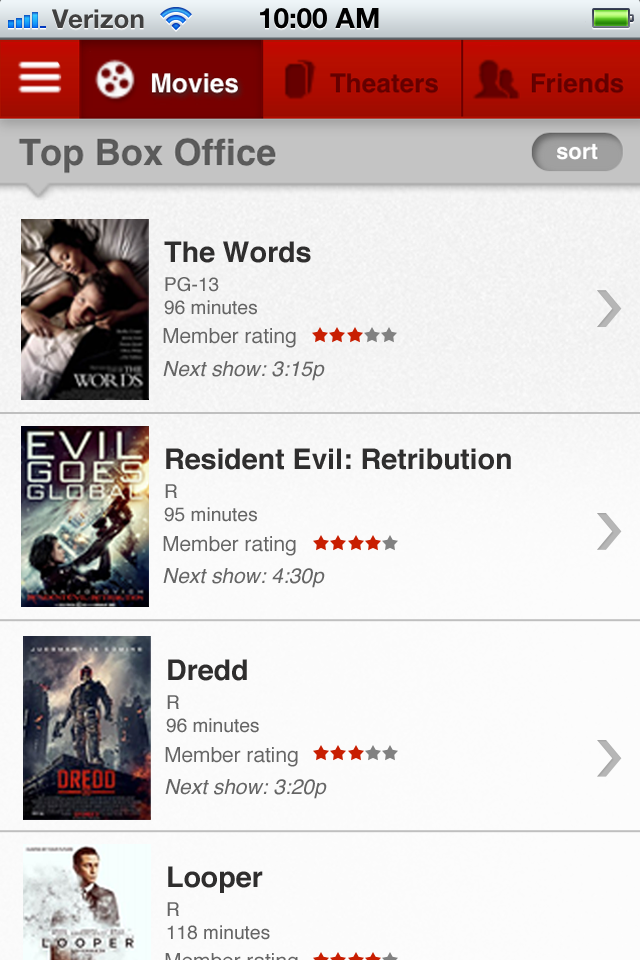 MoviePass is betting on the usual subscription-based business model in which some consumers will over-use the pass and (hopefully) more under-use it. But there’s also a lot of value to be unlocked in feeding anonymized data back to the studios and exhibitors, whose marketing executives know very little about the people who go to watch movies. Fellow New York startup Plexus Entertainment is also trying to fill that data gap with its GoWatchIt app, which lets users build “to watch” queues and directs them to where to find the films.

“Ultimately we want to build a smart system,” says MoviePass founder Stacy Spikes, a former Vice-President of Marketing for Miramax who has also worked in the music industry, representing Boyz II Men, Queen Latifah, and Eddie Murphy, among others. He is also co-founder of the Urbanworld Film Festival. “We definitely will never share specific user data, but we do think letting a theater know that this demographic is going more often, or this demographic you’re losing, or 'You did this promotion and we saw an uptake there,' that type of information will be part of our system.”

In a nine-month closed beta predicated on a voucher system that included 1,500 members across 20 markets, moviegoers increased their theater attendance by as much as 64 percent, which resulted in a 123 percent increase in spending on concessions, according to MoviePass.

But the company has a spotty track record, despite receiving $4.7 million in Series A funding from True Ventures, AOL Ventures, and Lambert Media, among others. Its first attempt at a subscription service was based on smartphone vouchers, but that didn’t go down well with exhibitors, who said the all-you-can-watch model undermined their ticket pricing, according to Variety. Its August pivot to the print-at-home voucher system, done in partnership with Hollywood Movie Money, didn’t work out either.

Spikes, however, is confident that its card and check-in system is a game-changer. The technology is only six months old, he says, and a year ago it wouldn’t have worked. No one had built a system in which a third-party could add money to a debit card based on user location. Previously, you could only load money onto a card by using another credit card or a PayPal account. “It’s your card, but we’re adding money to your card, and that’s what’s new,” says Spikes.

As for the subscription model, Spikes believes it’s a natural evolution that some company was going to do eventually. He figured it might as well be MoviePass.

“When you look at the life cycle of a movie, the cable industry is subscriptionized, home video is now subscriptionized, the only thing that does not have a subscription is the theatrical [release],” he says. MoviePass is just shifting the subscription aspect from HBO into the cinema. “We believe the same could apply, and that has always helped the industry rather than hurt it,” he says. “It has kept people more engaged.”