In June last year, the New York Times Magazine published a cover story about sex advice columnist Dan Savage’s views on infidelity. It was an engrossing and intelligent piece that came soon after New York congressman Anthony Weiner had sent pictures of his naughty parts to a stranger over Twitter. But it wasn’t quite the story that the author, Mark Oppenheimer, originally had in mind. He had set out to write a profile of Savage, but the Times editors steered it instead towards the meaning of monogamy. Oppenheimer, who writes a bi-weekly religion column for the Times, was pleased with the result, but so much material was left on the cutting room floor.

“What got left out was all this amazing stuff about Dan Savage’s childhood, about his teenage years, about his coming out, about being this pioneering sex columnist, about the ‘It Gets Better’ project,” Oppenheimer says. “There has never been a true longform profile of Dan Savage. So that’s what I set out to write and it seemed a shame to not get that stuff out there to the public somehow.”

Oppenheimer ended up turning to two almost-unknown startups to help him self-publish and distribute an ebook, called Dan Savage: The First Gay Celebrity and now on sale. He used PressBooks, which is built on Wordpress, to create the 12,000-word book and export it to a Kindle-friendly format; and he tapped Ganxy to promote it, in exchange for a 10 percent cut of sales. I got him on the phone to ask how it feels to cut himself free from the usual editorial guardians.

I do. And I should say I at this point have no idea of how many copies I have sold. I have not seen any metrics. It’s been about a week now and I don’t know if it’s been 10 copies or 10,000, I really don’t know... But to me at this point it is not about the money, it’s about the fact that I was able to go direct to my readers... It’s just been very empowering to bypass the publishing infrastructure.

Do you see this as something you want to do more often?

Yes, but I think in targeted cases. I fortunately was able to do a lot of the research for this on someone else’s dime. My interviews on Savage were done when I was reporting for the Times, so the stuff I have left over was free content for me when I transformed it into something readable... At the end of the day, it’s always going to be preferable to work with an established magazine that will give you an advance. However, those magazines are not going to run 12,000 words [for a story]. So there will always be times when either I have leftover information that I want people to read, or I have a story that simply cannot be done at a shorter length.

You have said that the options for publishing a piece of that length are getting fewer. I’m not sure if you’ve published much at this sort of length... 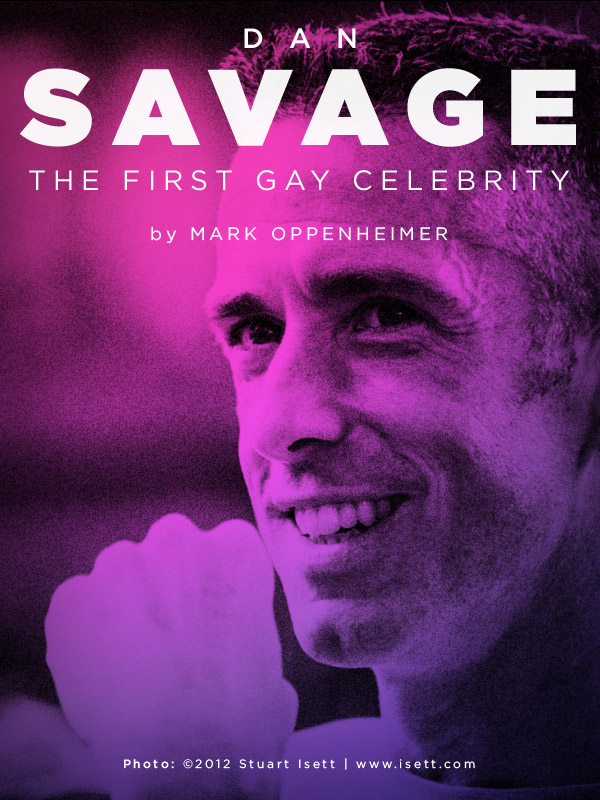 I’ve never published anything of this length. I’ve published what’s considered a long piece of magazine journalism today, which is 5,000 or 7,000 words. There are pretty good options up to about 5,000 words... [but] once you get to 7,000 words or above, the options drop off drastically. At that point, you’re looking at the New Yorker, Vanity Fair, and then small circulation literary quarterlies. Paris Review will do it, but what’s the budget going to be?

I’m shocked that the Web hasn’t done more of this. And it’s starting to. Slate has done some longform stuff. I published a very long essay on Slate about snobbery, and Buzzfeed is looking for a longform editor, which has gotten a lot of attention. But to my mind, this is what the Web was perfect for – not Tweets. It’s the stuff where the cost of newsprint makes a certain length prohibitive.

Have you had that experience before, when you have written a profile and thought: ‘I wish I could put another 5,000 words out there’?

Man, that must be incredibly frustrating.

Yeah, if it had been the ebook era, I would have loved to do it at that length.