Can the tech sector reform partisan politics? Ruck.us hopes so

If there’s any industry begging for disruption, it’s politics. Nathan Daschle and Raymond Glendening know that. They’ve been way inside. Nathan is the son of former Senate Majority leader Tom Daschle. Raymond is the son of former Maryland Governor Parris Glendening. And until a couple of years ago, both worked for the Democratic Governors Association: Daschle as executive director; Glendening as political director.

You might expect these guys to be as partisan as you could imagine. But that wouldn’t be right. In fact, both men say their time in the DGA made them less partisan. Daschle, for instance, recalls having to go on TV to argue against a Republican opponent, telling him he was wrong on every issue while knowing he wasn’t. It was an insult to everyone involved, he says. So when they finished their terms at the DGA, Daschle and Glendening decided they wanted to try reform the political system. The best way to do that, they figured, was through technology. And so they formed a startup called Ruck.us.

The media and political pollsters, say the Washington DC-based Daschle and Glendening, get too obsessed with grouping voters into simplistic categories such as “left,” “right,” or “center,” when in reality, people hold values that span the political spectrum. Nowhere has this been more evident than in the current presidential election, in which Obama and Romney, Democrats and Republicans, have lined up to take shots at just how extreme the other is.

Daschle's and Glendening’s mission, then, is to “give a home to the politically homeless.” They first launched Ruck.us last year as a site that lets people coalesce around issues rather than parties. It’s difficult to define what exactly the site is — the guys use the word “platform” but also suggest it’s a kind of niche social network. Now they’ve just launched a 3D graph that assigns users a political class based on a series of questions about their political beliefs. According to the semi-random way I answered the questions, I’m a “civic egalitarian,” who believes that “government is generally a force for good, and that citizens have an obligation to be active in its affairs.”

By treating voters as if they were consumers, Daschle and Glendening want Ruck.us to prod politics from its usual binary Democrat versus Republican construct to one that embraces Independents' 50 or more shades of gray. Rather than change the people in politics, which the guys say is just naive, they’re hoping to help change the conversation around politics. They figure if people organize around issues rather than parties then politicians and the media will eventually have to engage them on an issue-by-issue basis — the labels “conversative” or “liberal” will no longer be enough. In a sense, they’re trying to disaggregate political discourse.

Ruck.us is not alone in trying to achieve that lofty goal, or something similar. PopVox also takes an issues-first approach in gathering and simplifying legislative data so that citizens can more easily come to grips with, and express their views on, key issues. Good recently pivoted from being purely a publication into being a platform for civic issues, allowing people to come together around specific causes. Change.org does something similar with petitions. And NationBuilder has its sights set on making community organizing super easy and affordable.

Politics has been slow to adopt technology as a civic tool. This election is the first time, for instance, that California voters can register online. On the other hand, new White House chief technology officer Todd Park is a big fan of the Lean Startup movement and has instituted a Presidential Innovation Fellows program that taps into ideas and talent of entrepreneurs. 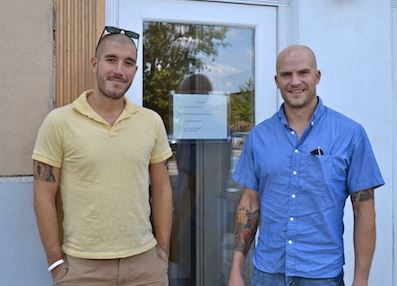 The Ruck.us guys, however, believe we are witnessing the beginning of a significant upheaval that could change our very understanding of politics. “We are on the verge of seeing some massive and radical political transformations, but I think they’re going to be spawned by technology,” says Daschle. “The social distance between what tech has provided in other industries and what politics has been able to provide has provided a tremendous opportunity for disruption.” He talks about how Spotify is changing music consumption, and how Uber is disrupting the taxi sector, as examples for the sort of change we might seen in politics in the years to come.

As for Ruck.us itself? Well, it has some work to do in its quest to get people to help re-shape the two-party system. The site has 30,000 users, which is respectable for a politically oriented product but still small. And for the first-time user, the site is also a bit disorienting, throwing up a jumble of recommended issues, a stream of fellow users’ activity, and grids of status updates that don’t seem to be presented in any particular order. You can post your own “updates,” which get displayed in front of like-minded fellow ruckers, but they’re hidden in the “activity” section of the site. And generally, Ruck.us will face a challenge in getting people to sign up to yet another social network. To an extent, it feels like too much work and not enough pay-off.

What Ruck.us has working in its favor are the smarts, connections, and determination of its founders. The two men, both brawny with shaved heads and tattoos, have decorated their DC office with boxing art that ranges from antique to modern. Their message seems to be they’re prepared for a fight, which, when it comes to changing a political system blighted by entrenched interest groups, might be exactly what they get.