Avoid Iowa, go to Florida: The presidential election by clicks

Red states are the click-happiest people in the country, according to new findings from online ad company Infolinks. Moving into crunch time in the presidential election, Infolinks has broken down Internet users' ad-clicking habits on a state-by-state basis, providing insight into where the candidates' campaigns should perhaps spend their dollars.

One place both Romney and Obama should avoid, if you accept the logic of these data, is Iowa, which has the lowest click-through-rate (CTR) in the country: 26 percent below the national average. Key swing states Florida (+7 percent), Colorado (+3 percent), and Ohio (+1 percent) are still good investments for online ads, however. 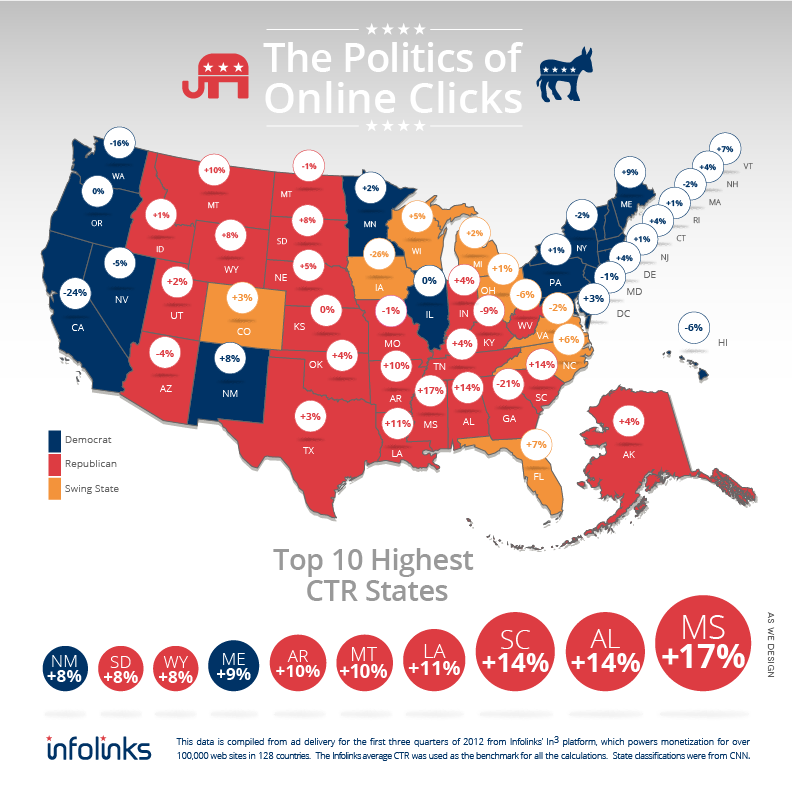 Meanwhile, Romney has been making a bigger online advertising push than Obama over recent months, according to SEO research firm Conductor. Romney's campaign has increased its spend on search advertising by more than 1,300 percent from April to September. Romney now spends more than twice as much as Obama on search advertising, says Conductor, citing data from SEMrush. (See graphic below.)

Romney has also increased his search visibility massively from February (two months before he clinched the Republican nomination) until now. Back then, his official website appeared on the first page of results for searches related to his campaign less than half of the time. By last month, he increased that hit-rate to 56 percent, only one percentage point lower than Obama, according to Conductor, which determined those figures based on data from its SEO platform, Searchlight. 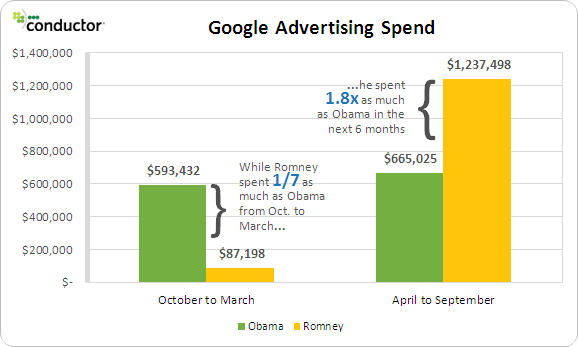