The company behind China’s leading mobile browser has quietly released an English-language browser for iPad that is competitive with Chrome, Safari, Opera, and Dolphin, not only in functionality, but also, crucially, in how it looks.

A week and a half ago, I met with UCWeb’s CEO Yu Yongfu in San Francisco, and he told me the company had “unofficially launched” an English-language version of the iPad app. Now that I’ve had a chance to have a decent look at it, I can report that it is clearly targeted at an American market.

UCWeb, which is headquartered in the southern Chinese city of Guangzhou, is the developer of the UCBrowser, which has more than 50 percent market share in China’s mobile browser market, according to StatCounter. Yu says the company has 300 million users, about 10 percent of which are in India.

The iPad isn’t top priority for UCWeb in China, where the smartphone is by far the No. 1 focus, but it looks like the company will be targeting the tablet as a key entry point for a move into the US. In fact, Yu says the company has separate research and development teams working on the iPhone and the iPad browsers.

The English-language iPad browser has a few features that differentiate it from its competitors. The most obvious is the two-finger gesture controls: Swipe two-fingers down to open a new tab, up to close a tab, and left or right to switch between tabs. A nice touch that most other iPad browsers seem to lack is that users can tap a button in settings that will allow them to view the browser at “full screen,” which hides the frame around the page. Dolphin, which, incidentally, is another Chinese-made browser, is the only competitor I could find that offers that option.

UCWeb, which was founded in 2004, has always prided itself on its engineering, and Yu says a big advantage of its iPad browser is that it doesn’t call on data when a user wants to go forward or back between Web pages, which means the browser effectively performs those operations offline. Certainly, the browser is zippy and seems to be at least as fast as Chrome and Safari. 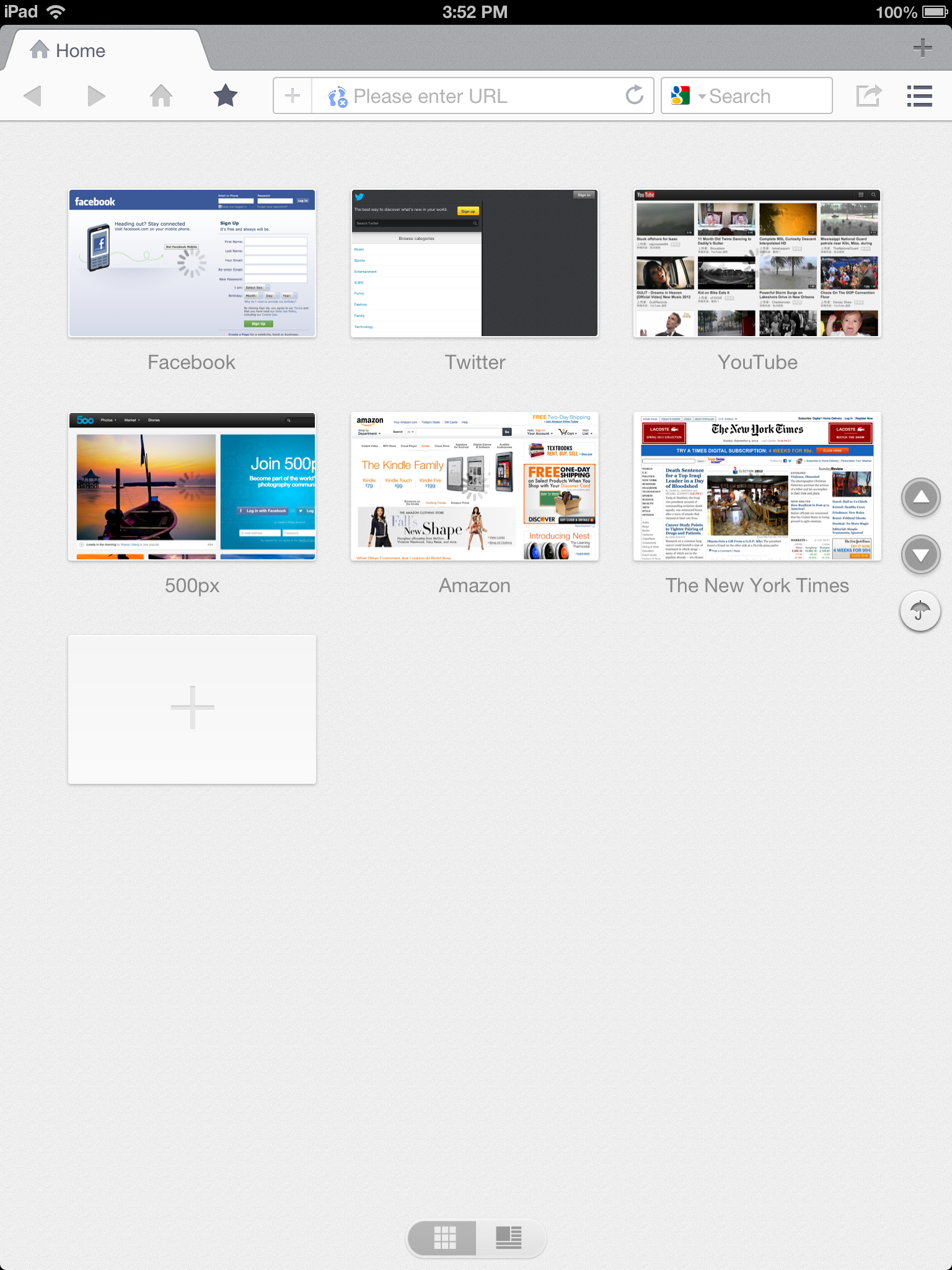 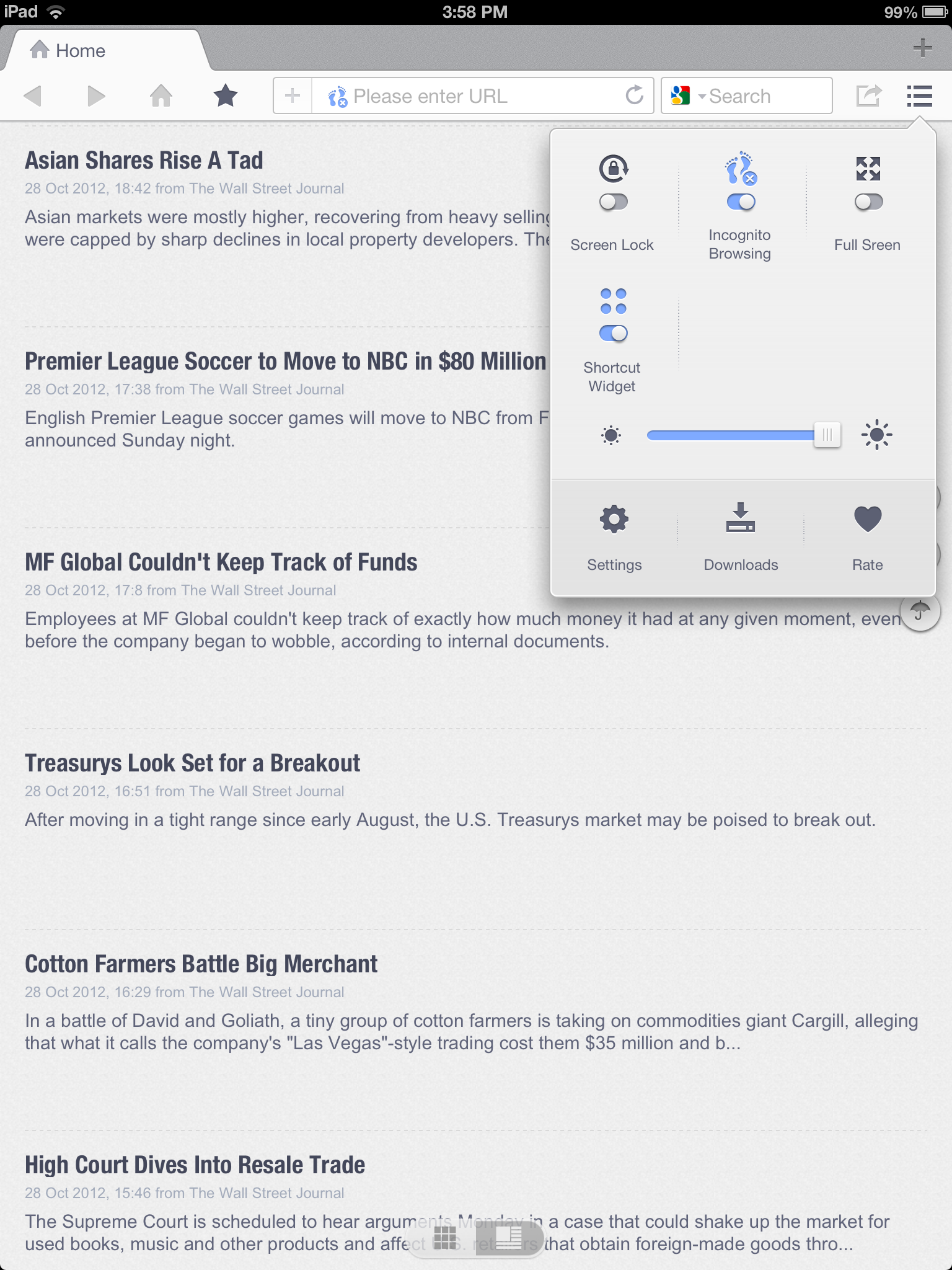 At first glance, UCBrowser looks a lot like Chrome, with a very lightweight frame and tightly-cut tabs. Unlike Chrome, however, it doesn’t have an omnibox and instead asks users to input Web addresses into a URL box and search terms into a search box, which is set by default to Google. Like its smartphone version – and Chrome’s “Most visited” section – it features a grid of tiles that link to bookmarked websites, and has a section dedicated to “Quick Reads,” accessible by a toggle on the homescreen, that presents a curated selection of RSS feeds from various news publications. It also has an incognito mode, which it cutely illustrates with a pair of footprints that is accompanied by an “x.”

Perhaps most importantly for UCWeb, the browser passes the UI sniff test, which a clean, low-fuss design that could pass for any American-made browser, which could help allay any concerns that a Chinese-made browser might not be a good cultural fit with American users. Traditionally, Chinese Web design has diverged sharply from American design, preferring to stuff websites with content in a more-is-better approach that is antithetical to Western tastes for clean, minimalist Web products and apps.

UCWeb has global ambitions and plans to first target emerging markets in Asia before making a concerted push into the US. However, it already has an office in Sunnyvale, which is staffed by three people and will grow to a team of 10 by this time next year. It recently released a new stylized logo as a way of tilting its brand towards an American audience. In China, however, it is retaining its cutesy cartoon squirrel logo (see surfing edition in picture above), which is in line with the norm for China’s Internet companies in the country, whose customers skew to a younger demographic than in the US. 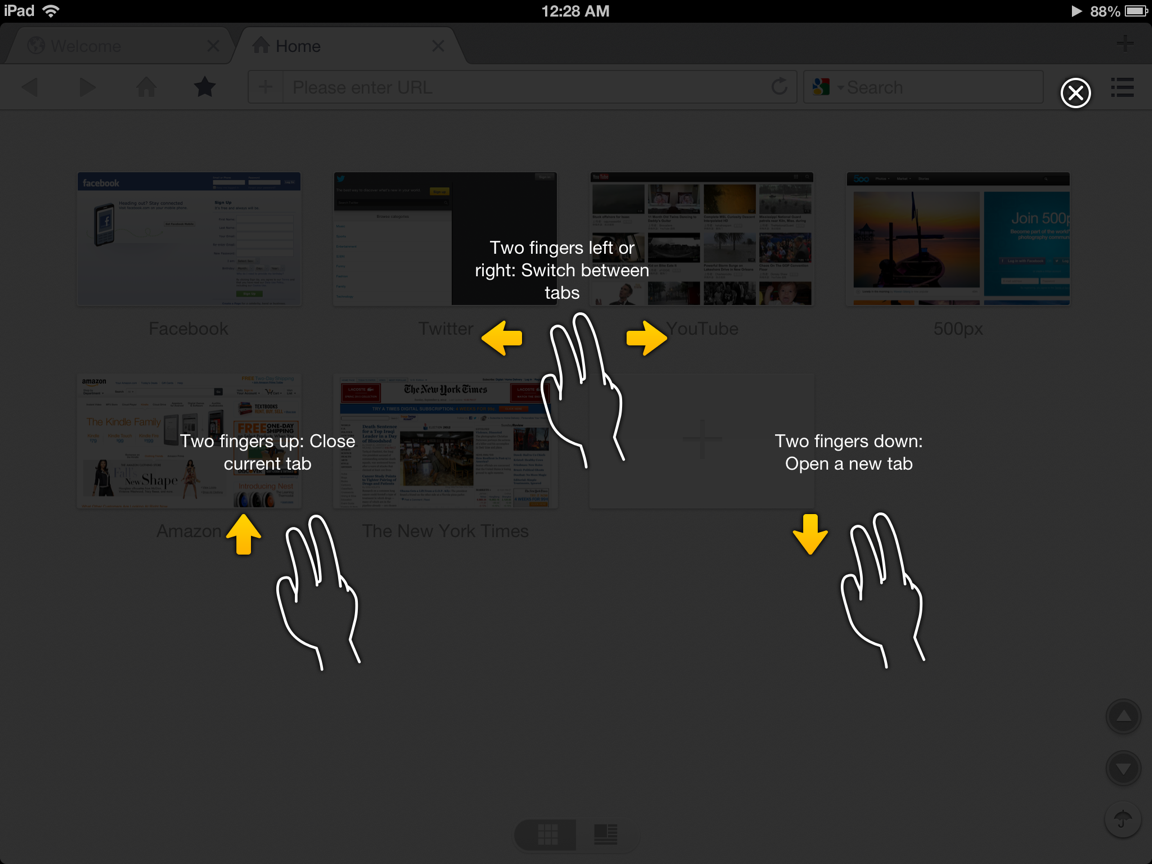