The Week in Review: Told through GIFs, images, video, and Tweets

This week, we saw social media respond to the devastation on the East Coast, Uber caused controversy over charging higher prices following Hurricane Sandy, and the battle between Nate Silver and the political pundit class intensified. 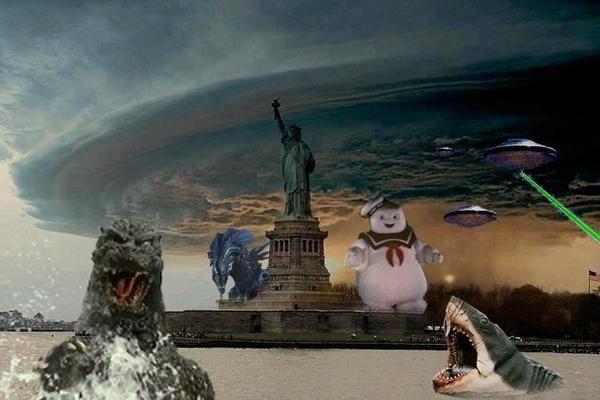 Along the East Coast, communities are still rebuilding following the devastation of Hurricane Sandy. One of the dominant tech-related narratives was the role social media played in spreading and debunking false information. Was Twitter ultimately a "truth machine" like Buzzfeed's John Herrman wrote? Did Twitter reveal its dark side on Monday? Social media was all kinds of things to all different people during the storm, and the New York Times' David Carr does a masterful job tying all these threads together.

Nate Silver of the New York Times' FiveThirtyEight statistics blog has been under fire by MSNBC's Joe Scarborough and others over his mathematically-based prognostications which give President Obama around a 75% chance of winning the election, despite a neck-and-neck race for the Popular Vote.

But like it or not, we elect presidents by the Electoral College which, according to Silver's analysis, still heavily favors Obama. So, again, to all the pundits feeling threatened by Silver's cold algorithmic analysis:

4. Quote of the Week

Twitter/Instagram/Uber investor Chris Sacca sat down with our Sarah Lacy in Los Angeles last night for a candid conversation about betrayal, entitlement, and losing it all.

Founded by the University of Nebraska's Matt Waite, the Drone Journalism Lab has produced its first drone-assisted story, using an unmanned aircraft to report on this year's drought. 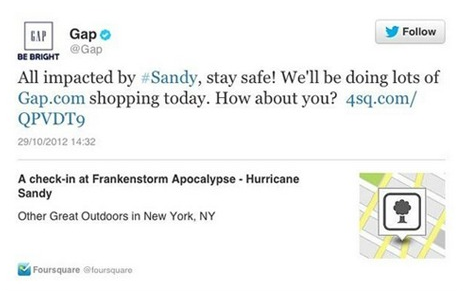 Many were offended by Gap's willingness to shill its product amid a national crisis, and the Tweet was quickly removed. Adam Penenberg has more on branding in the time of catastrophe.

As part of our Pandohouse Rock music video series, we explained Reddit, the hugely popular social link-sharing site that has recently come under fire over the actions of one of its most notorious users, Violentacrez.

9. Story of the week 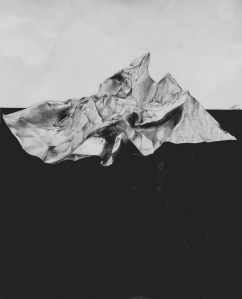 "People talk now about the education system being “ripe for disruption.” However, this has been true for hundreds of years, not just since the advent of the Internet Age. The current lecture model of teaching was developed before the printing press, where one person would read the only copy of a book, and the rest of the room would take notes. The invention of movable type enabled lower cost printing onto paper. And as the printing press spread throughout Europe, it facilitated the distribution of Bibles, pamphlets, and early academic work. These two modes of teaching were developed in the Middle Ages, and yet they still dominate today’s educational landscape."

"One wrinkle in all this is that predicting voter behavior isn't like predicting a coin toss. The activity of the pundits, and now even the behavior of Silver, possibly alters the outcome in some unmeasurable way. Joe Scarborough is on the air for hours each day and could conceivably have a real impact. Add up all the hours voters are exposed to all pundits and conceivably their (pundits') saying something like Romney momentum is true can make it so. So this all may be a moot discussion. The pundits aren't here to predict or propose odds of a result; they're here to cause a result. They have a completely different job than Silver and unfortunately will never go away."