Forged in battle: TroopID launches as a vet's personal mission to help his own

It was Captain Blake Hall’s second day in Iraq. He and the team of men under his command were on patrol with the platoon they would soon be replacing. There was limited time to learn the lay of the land in the northern city of Mosul.

The 23-year-old Hall heard the commander shout “Black wire! Black wire!” and turned to see a patchy clump of dirt around a street lamp. Black wires were never good news. Hall fumbled with the radio toggle on his jacket to warn his men. Just as it clicked open, he watched the armored vehicle behind him -- carrying five of his men -- drive over a bomb and disappear into a fury of fire, smoke, and billowing dirt.

Hall describes the wait to find out if his men were okay as the longest two minutes of his life. Remarkably they were unharmed. The driver, for instance, was protected by a TV that had wrapped itself around the back of his head, shielding him from pieces of shrapnel that lodged into the monitor.

There would be many more scares along the way, but somehow Hall and his platoon survived the year-long deployment without suffering casualties. Not everyone was so lucky. Hall lost many friends in Iraq. Six years later, sitting in a Washington DC cafe, the now-entrepreneur lists a few: Ryan Dennison, Benjamin Britt, Garrison Avery, all from his Infantry Officer Basic Course class. Then there was Gabriel DeRoo, his battalion mate, Garrett Slaughter, a fellow ranger, Jeff Graham, a childhood friend, and Darrell Griffin, another buddy. 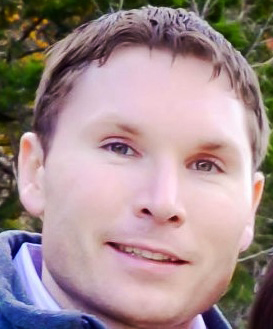 When he returned from Iraq, Hall enrolled in Harvard Business School, where, at 25, he felt out of place, suddenly surrounded by kids who, it seemed, just wanted to party. Rather than join them on a conventional route to the corporate rat race, he decided to do something that would tap into his military roots. He also wanted to take the pain he had experienced at war and make something good of it.

“You’re either going to try to do something with your life or you’re not going to be bold enough to go for it,” Hall, now 30, says. “And that really was something powerful that pushed me into leadership, and into entrepreneurship.”

Hall is something we don't see everyday in startup hubs like Silicon Valley, New York or LA: An entrepreneur with actual war stories.

Starting his own business, he says, was part of that catharsis, and he wanted it to honor those who have served their country -- those who died, those who survived, and those who simply had the courage to enlist. It’s been a long road, but today, not coincidentally Veterans Day, he’s launching Troop ID, an identity verification tool that merchants can use in order to offer discounts to members of the military. Offering better prices to vets is perhaps a small gesture, but it’s the journey getting there which makes his company intriguing. That’s because before he can offer discounts to soldiers and ex-soldiers first he has to separate them from those merely claiming to have served, and therein lies the crux of this business.

Here’s how it works: A member of the military goes to the Troop ID website and registers their email and password against a trusted database. Because of a non-disclosure agreement, Hall won’t say what that database is, but there’s a pretty big clue on the website’s “verify” page. It says: “Get verified using your USAA membership.” The United Services Automobile Association is a military-oriented financial institution that accounts for nearly 9 million service members.

At that point, Troop ID ties a credential -- “active duty,” “veteran,” “military spouse,” or such like -- to those details. Then the member can use their email and password on any participating site that has the Troop ID widget. Hall likens the sign-on mechanism to Facebook Connect and PayPal. Troop ID is launching today with sportswear giant Under Armour and Colorado’s Telluride Ski Resort.

The company has a tiered business model: It’s free for smaller businesses, but then moves to a charge per API call as sales volumes increase. For the bigger companies, Troop ID charges a licensing fee. According to Hall and his investors, many businesses are eager to offer military discounts online, but there hasn’t been an easy way to verify that their customers are registered service members. Troop ID will also use opt-in, anonymized data to present veterans with job opportunities and educational benefits they may not have been aware of.

Until recently, online ID verification for veterans has been a difficult problem to solve. Offline, such verification has been the domain of the Department of Defense and Veterans Affairs, but it hasn’t really existed for ecommerce. Only institutions such as the USAA and the Navy Federal Credit Union have been able to interface with those government departments to validate service.

Troop ID isn’t alone on this mission, however. It will compete against SheerID, another newcomer, which offers online identity verification across a broad range of verticals, including military personnel. Indirectly, Troop ID will also compete against military discount sites, such as Military.com. However, Hall sees more potential for Troop ID’s widgetized, distributed discount mechanism than in Military.com-style destination sites. Also, Military.com has never had ID verification, according to its founder, Christopher Michel, who left his chairmanship of the company in 2008. Few people misrepresent themselves on the site, Michel says, but that might not hold true for a broader range of more public channels, such as those targeted by Troop ID. Michel says Hall is onto a good idea.

Because it relies on partnerships, Troop ID will at least initially be far from universal, even with a big name like Under Armour already on the books. Hall has much legwork ahead of him to get the widget onto a large-enough number of sites to reach critical mass and it could be years until it reaches the AAA-like penetration he hopes for, if ever. Also, he’ll have to do it from suburban McLean, Virginia, near Washington DC, where the startup is based. While a lot of companies have their headquarters in the area, his team of 15 -- which includes five developers -- will have to cover a lot of ground, in the physical and business senses.

Hall also had a bit of a false start in his entrepreneurial career. He first launched his company as TroopSwap in February 2011. (The company has now filed to do business as Troop ID.) It was a daily deals site for military members, started at the time when Groupon and LivingSocial seemed to be on to a good thing. That didn’t work out so well. He pivoted when he realized TroopSwap was never going to be able to scale into a big company.

Hall has no shortage of backers for Troop ID, however. To date, he has raised $3.7 million from investors that include Texas’ McCombs Partners, former eBay CTO Marty Abbott, and Los Angeles super angel Paige Craig. TechStars managing director David Tisch is an advisor.

Craig, a former marine, says Troop ID appeals to him personally and professionally. He loves the idea of backing a veteran-owned company that exists to serve the needs of vets. But he also spies a unique and valuable market. Veterans have higher incomes, are more likely to serve in professional occupations, and are more likely to own an established business, Craig notes. Companies, meanwhile, are eager to serve the market, but most don't have the time or resources to verify military credentials or develop the infrastructure to uniquely serve veterans. “With their proprietary and trusted Troop ID functionality, [Hall’s company] can power billions of dollars in goods and services to the military and veteran community,” Craig says.

For Hall, serving veterans is very personal and arose from more than just him serving in Iraq. He’s from a military family, having grown up on bases in Germany, Oklahoma, Kansas, Pennsylvania, New York, and North Carolina. His dad, a Colonel, served 28 years but never went to battle. His grandfather enlisted in the army in 1942, at age 16, and fought in World War II, where he won a Bronze Star with Valor, and went on to serve in Korea and two tours of Vietnam. Hall himself won a Bronze Medal for Valor in Iraq after leading his outnumbered men to safety in a firefight that his commanders calculated would otherwise have cost 20 American lives. A part-time writer, he has also published stories about his war experiences for the Washington Post and Foreign Policy’s “The Best Defense” blog.

Hall is built like an army ranger and has short hair, an open face, and youthful features. Even while chatting casually, he speaks with military directness and discipline, hardly ever breaking eye contact. But when he remembers his lost friends, he looks down at the ground.

He trails off, before picking back up again.

“When I knew that Ryan Dennison had been killed -- he was in my ranger platoon going through school, and he was just like the nicest guy. I wasn’t even really close with him. I just knew that he had a phenomenal reputation.” Dennison was a triathlete, clean-cut, your all-American guy. “One of the best dudes you’ve ever met,” Hall says.

Losing someone you care about before their time sends you to a different place in life, Hall says. That’s why he has avoided the corporate rat race and is pursuing his entrepreneurial passions. “I wanted my life to matter and I wanted it to matter because there were men who were better than me who didn’t have that opportunity.”