Quik.io launches with an excuse to stay lazy: Instant streaming between devices

Technology is about the strike another blow in the war against being too organized. Today marks the launch of Quik.io, an iPad app that allows instant media streaming between computer and iPad without a wire, without having to be on the same network, and without having to send links or emails.

From the consumer perspective, Quik.io is pretty easy to grasp. You have to download the app for both your computer and your iPad, but once you clear that hurdle it behaves like a seamless Dropbox, allowing you to share videos, photos, music, and documents between your devices. There are no storage limits, you can keep copies of the files on your iPad for offline use, and Quik.io – which is said “Quick-I-O” – will instantly convert video and audio files so that they’re compatible with your tablet. You can also stream content to your friends’ devices using “QuikSend,” an instant messenger-type function that alerts a user when they have received content.

From a technical standpoint, Quik.io works by using its directory to pair your computer and your iPad. The iPad app then “listens” to your request for a media file and sends it to your computer. Quik.io’s conversion algorithm then converts the media into an iPad-friendly format, and its cloud service routes the traffic between the devices.

It’s an iPad-only launch for now, but Quik.io will soon be coming to the iPhone and Android devices.

“Our goal is to connect devices no matter where they are,” says CEO Michael Chen, who founded the company with Xumin Wu and Budi Sutardja in Mountain View in April last year. The startup has spent 18 months developing the product. The three men previously worked together at VoIP company Komodo Technology, which was acquired by Cisco in 2000. They stayed at Cisco for more than a decade before leaving to start Quik.io, for which they’ve raised $1.28 million in seed funding from Enspire Capital, which is based in Singapore and Taipei, and a number of angel investors.

Quik.io is stepping into a space between cloud-based consumption and hard-drive-stored content that is yet to be fully bridged. For people who like to keep content on their hard drives, it provides a neat and simple way to send information to devices remotely. For instance, as long as my computer and Quik.io desktop app are turned on at home, it doesn’t matter where I am – I’ll still be able to access my hard drive content with my iPad. In that sense, it directly butts up against a similar service called AirVideo. However, it’s stiffest competition will come from cloud-based services such as Spotify, Netflix, Dropbox, Box, Google Drive, and Flickr, all of which allow you to access and consume content no matter where you are, as long as you have an Internet connection and an account.

Chen says the startup is relying on a combination of factors to give Quik.io the edge over such competitors. For one, he says, many people are inherently disorganized, so they leave most of their personal content wherever it was created and saved. But all those other services also require good connectivity, which is often a problem for mobile usage, and they have file storage limits. Plus, uploading the content can be time consuming.

Ultimately, Chen feels, people want a mix of cloud-based content and content that they have at home. “People still have a desire to have their own content,” he says. “It’s going to be a combination. Sometimes people want to own their own stuff.”

The startup's beta testing suggests that Americans will mostly use Quik.io to consume content while at home, while in “lean-back mode” in their living rooms or backyards. In high-speed Internet markets such as South Korea and Japan, on the other hand, Chen expects users to share content between devices more often and use Quik.io on the go – for example, while on public transport. While today’s launch is global, however, the US market is Quik.io’s main focus. It is so far only available in English.

The Quik.io app is available free for early users but will eventually cost $2.99. 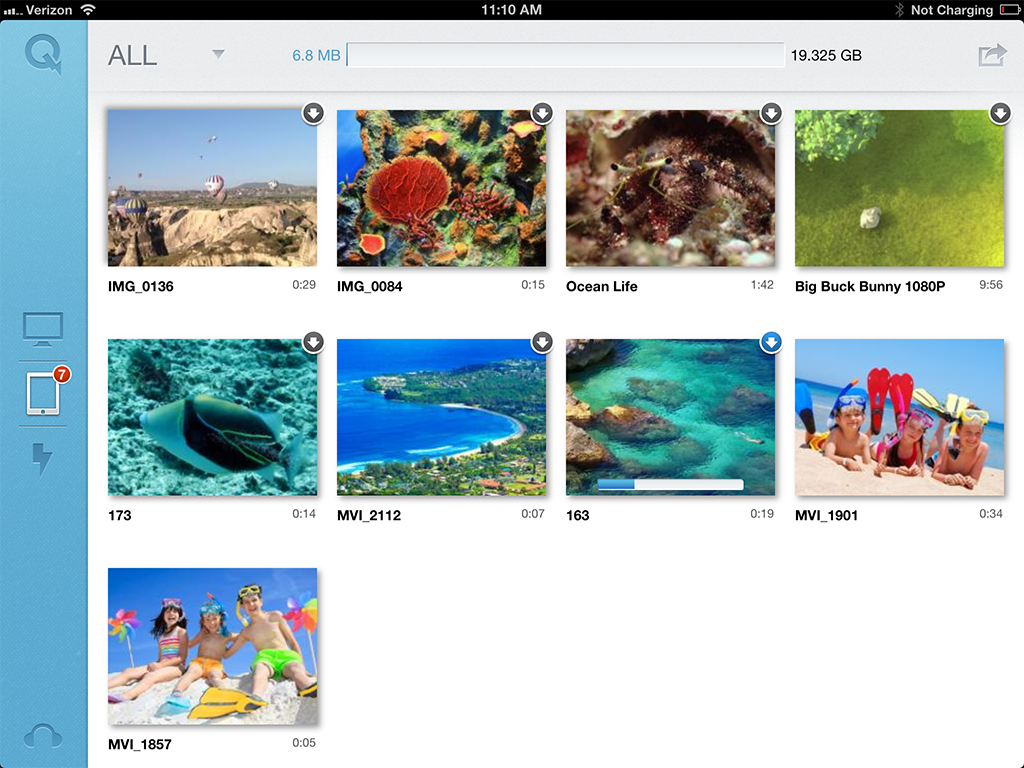 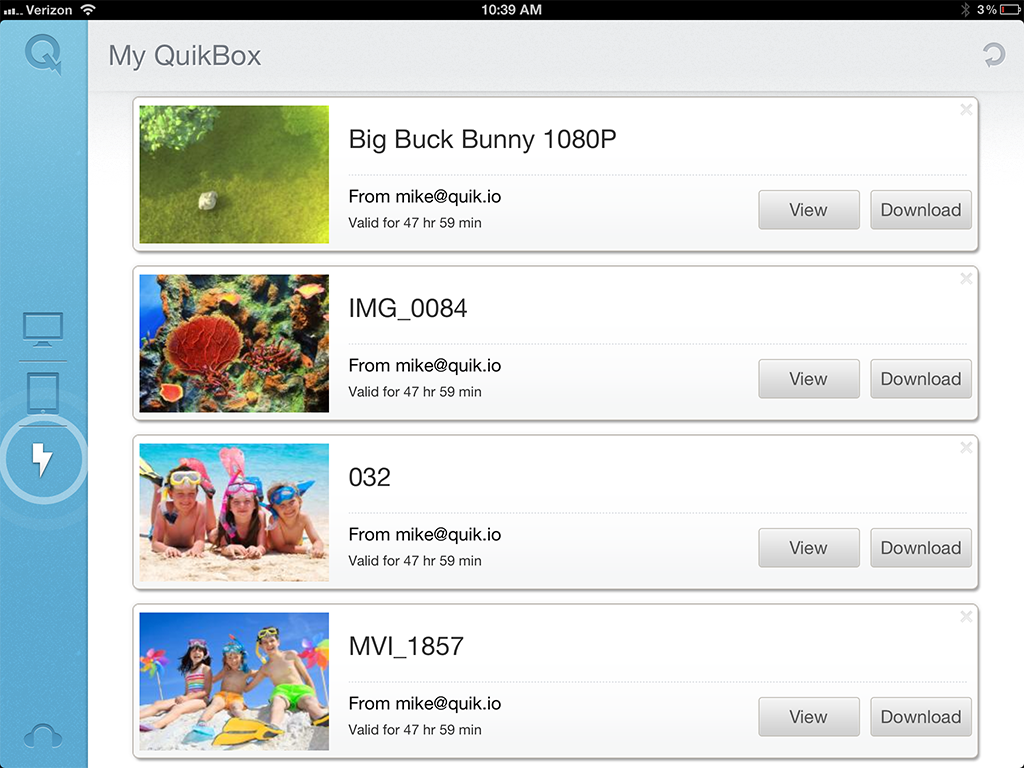