As the battle for payments intensifies in the US between Silicon Valley startups Stripe, Braintree, Square, and one-time startup PayPal, a Swedish company is taking on Europe with a fresh approach. Its goal? To obliterate the walls between customers and stuff they're trying to buy, no matter where they're trying to buy it.

A couple of months ago, Stockholm-based Klarna released its Check-Out product for the Swedish market. To anyone who's used Amazon, the idea of a streamlined check-out might sound ordinary, but Klarna does things differently by paying merchants first and taking on all the risk of fraud and payment defaults. It is, in effect, a "buy now, pay later" system that lets retailers sell their stuff without having to think about managing different credit cards and other payment systems, or having to deal with niggly verification processes.

While Klarna has executed well, it's not an entirely new idea. PayPal, for instance, effectively already has the same functionality thanks to parent company eBay's 2009 acquisition of Bill Me Later. That could prove problematic for Klarna's global expansion ambitions, which CEO Sebastian Siemiatkowski says the company does hold, despite so far being focused on Europe. "I would love to go to the US one day," says Siemiatkowski (pictured below). "The question is when is the right timing." 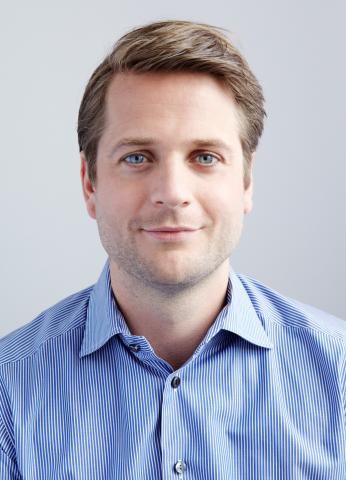 He hopes Klarna could enter the market within the next two years. Given PayPal already has the technology, however, and that US-based mobile-first startups like HotelTonight and Uber, and others particularly on Braintree, are nailing frictionless payment solutions, it's likely to have a much tougher time in the US than it's having in Sweden. At home, it claims a whopping quarter of all ecommerce transactions.

What Klarna does get right is user experience and design. The check-out process is a very smooth one, and the product sports a clean and minimalist user-interface that's in keeping with Sweden's quality aesthetic tastes. It has the Ikea touch.

When a shopper clicks on a product sold buy a store using Klarna's Check-Out, she is taken to a page where she need only enter her email address and zipcode. If she has ever shopped with a Klarna merchant, the rest of the form gets filled out for her. If she happens to be logged into Facebook, she doesn't need to even do that. Then she clicks "confirm purchase." Done. The merchant gets paid and can go away happy. The buyer gets a receipt.

At that point, Klarna steps in and says, "Okay, so how are you going to pay?" Then the shopper is presented with the usual credit card other local payment options, or they can pay with Klarna's pay-later product, which sends invoices to users to pay when they can. 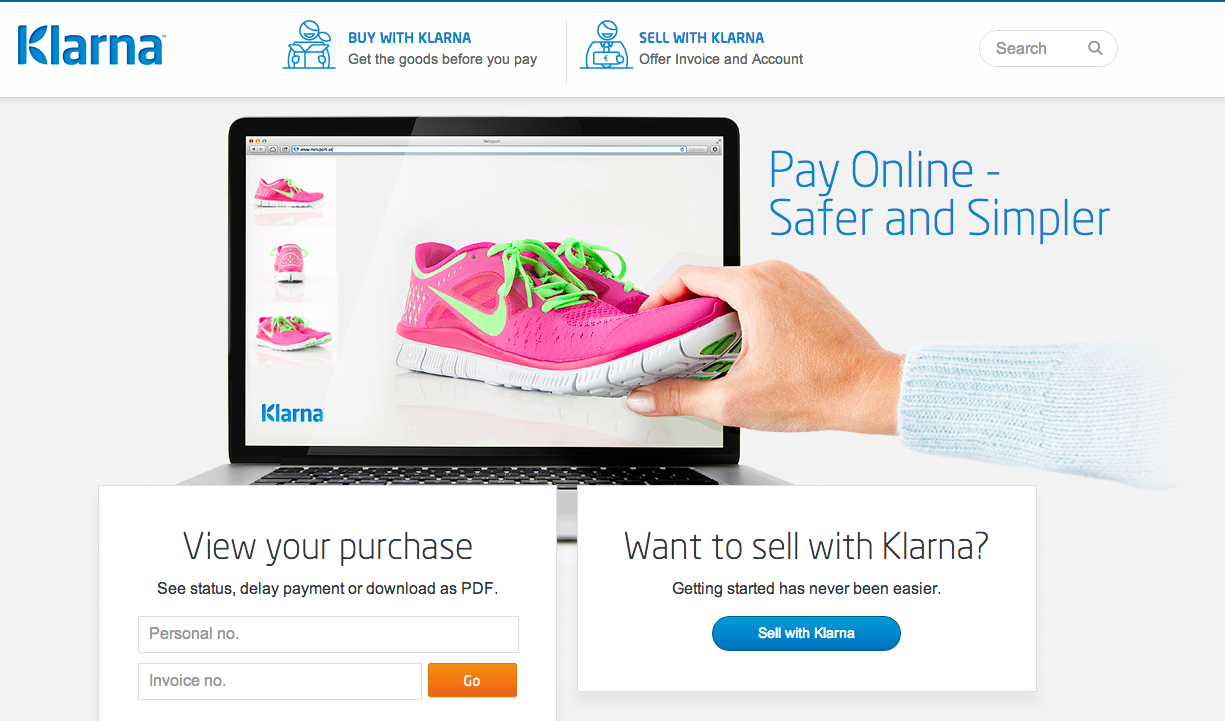 Klarna's design has the Ikea touch.

The whole idea behind the Check-Out system is to make the process as frictionless as possible, even for people not registered with any payment account. Conversion first, fiddly stuff later. As with Amazon's one-click payments and the apps listed above, there's almost no opportunity for the shopper to change her mind before she makes that impulse purchase. As a result, Klarna claims, the company's merchant partners have recorded a 30 percent increase in conversion rates.

To protect its business, Klarna uses machine learning to detect fraud and predict who's going to be lousy at paying their bills. If someone's email address seems fishy, for instance, the algorithms ask for more levels of identify verification and assign more reliability tests.

So far, the Check-Out product is available only in Sweden, but it is rolling out in Finland, Norway, Denmark, Germany, Austria, and the Netherlands, where the company already has strong presences, in early 2013. Siemiatkowski says he is particularly interested in Germany, where the company's first-generation invoice-based system has had a presence since 2010 (it has less than 5 percent market share). Sweden's most successful Internet companies are all, like Klarna, internationally facing, but they find their home country is a useful test market because of widespread high-speed broadband, its tech-savvy citizenry, and statistically significant sample size of 9 million.

Founded in 2005 by three friends who met at the Stockholm School of Economics, Klarna is part of a second generation of Swedish startups that popped up in the middle of last decade, alongside Spotify. Founders Siemiatkowski, Niklas Adalberth, and Victor Jacobsson started the venture with $100,000, half of which it spent before becoming profitable, thinking they would be a "Nice Nordic company," says Siemiatkowski. At that point, it was called Kreditor, but the founders changed the name to Klarna as the company expanded outside the Nordic countries.

Since then, Klarna has grown to about 750 employees. Its big spur came in 2010, when Sequoia Capital invested $9 million in its Series A funding round. Michael Moritz sits on its board. Then last year, it raised a whopping Series B round of $155 million from Digital Sky Technologies, General Atlantic, and Atomico, the venture fund started by Skype co-founder Niklas Zennstrom.

Klarna has now served about 8 million customers, including 1.5 million Klarna account holders, and it expects to handle 2.3 billion Euro (US$2.9 billion) in transactions by the end of the year. Its competitors in Europe are Paypal, Germany's Billpay and the Netherlands' AfterPay, among others.

Asked how Klarna will compete against Google Wallet-like services, which act as a universal digital wallet tied to a physical credit card, Siemiatkowski says the key is in reducing friction at every step so even complete tech noobs can figure out the system. His mom wouldn't register for Google Wallet, he says, but she could easily use Klarna. Google Wallet is also tied to credit cards, too, he says, which means it's less adaptable to alternative payment systems and less able to localize for the tastes of particular markets. He points out that in Germany, for instance, less than 10 percent of the population makes online payments with credit cards.

A truly universal, uniform, and globalized digital payments platform, in the meantime, remains tantalizing out of reach. "We are all looking for the Facebook of payments," Siemiatkowski says. "I just don't believe that there is one." Stripe and Braintree beg to differ – they both sell themselves as a version of the future global "iOS of payments."

Maybe they should put some money on it.