The way to say "Square" in Swedish is "iZettle"

If anyone can replicate in Europe what Jack Dorsey’s Square is doing in the US, there’s a fair chance it’ll be Swedish startup iZettle. Based in Stockholm, the credit card payments startup has big-money backing, an experienced founder, and is moving fast into other European markets.

Yesterday, it launched out of beta in Denmark, Finland, and Norway, and in the last few weeks, it has moved into Germany and the UK. Essentially, iZettle is a Square clone, but it differs in a key way. While Square processes the magnetic-strip credit cards that rule the US, iZettle has to process the chip-enabled cards that are standard across Europe. Both companies have dongles, but Square swipes, while iZettle inserts.

On the sidelines of the SIME Internet media conference in Stockholm yesterday, iZettle founder Jacob de Geer said he came up with the idea for the company a couple of years ago because his wife, who designs and sells eyeglasses as a sole trader, had complained that she couldn’t accept credit cards at trade fairs. Considering she only needed to accept credit card payments a few times a year, it didn’t make sense for her to sign up to fee-heavy subscriptions. At about the same time, Square appeared in the US. De Geer looked at it and realized that Square’s technology wouldn’t be sufficient for Europe, so the serial entrepreneur got to work.

Yes, that makes iZettle a clone. But what was Europe supposed to do: Sit around and wait for Mr Dorsey to ride in on his horse? And iZettle was not alone. The Samwer Brothers have also cranked their cloning engine, putting Payleven into the space in Brazil, Italy, Germany, the Netherlands, Poland, and the UK. And SumUp and mPowa are also in the game in Europe. Already, the smartphone- and tablet-connected credit card reader is becoming commoditized, and the competition is set to become intense. De Geer is more than aware of that fact and says the key for iZettle will be focusing on user experience.

While De Geer says he has heard a lot about Payleven but hasn’t seen them much in the market, just last week the Rocket Internet-incubated company signed up for a trial with a Berlin taxi drivers association. It will be a tough competitor, not the least because it is based in Germany, Europe’s biggest market. 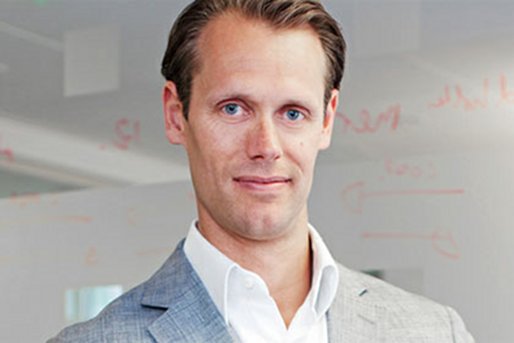 De Geer founded iZettle in April 2010 and the product launched in Sweden in August 2011. It works very similarly to Square. A merchant inserts a credit card into the iZettle dongle, and then the  consumer signs the smartphone or tablet screen. That's it. With one exception. The startup has had trouble becoming compatible with Visa. Visa Europe – which operates independently of Square backer Visa Inc – took issue with iZettle’s verification-by-signature rather than PIN, so iZettle had to shut off Visa payments for a while. It has now found a workaround, but it’s not pretty. Instead of using the card reader, users get sent via text message to a secure site where they input their credit card details.

On the other hand, iZettle has numerous factors working to its advantage. For a start, it has money. It has raised a total of more than $40 million in two rounds of funding, with Index Ventures, Greylock Partners, Mastercard, American Express, and Nordic VC firm Northzone among the backers.

In De Geer, it also has a founder who knows how to build companies. De Geer was previously managing director at early Swedish performance marketing firm TradeDoubler, which in 2007 was on the cusp of selling to AOL for $900 million before its shareholders thwarted the deal. Soon after the deal fell through, De Geer left to start two companies. One was ContentPay, a marketplace for torrent distribution that shared film download revenues among people who shared the torrents, which he sold in 2010. The other was Tre Kronor, a mid-sized traditional media agency that is still in operation.

De Geer is an example of a handful of Swedish serial entrepreneurs who have emerged from the first-generation Internet companies – which also include MySQL, Skype (also claimed by the Danes and the Estonians), QlikTech, and Coding Technologies – that are now feeding the startup ecosystem with talent and founders. Like those companies, De Geer has a global outlook.

“The vision is absolutely larger, but right now we’re pretty focused on Europe,” says De Geer of iZettle’s longterm ambitions. “There are 24 markets over here that are 100 percent based on chip cards." He's also interested in 15 to 20 other international markets, including Brazil and some countries in Asia. That list, of course, doesn’t include the US.

And what of the people who say plastic credit cards have a limited shelf life? De Geer isn’t too concerned. Even with the rise of the digital wallet, he sees a future in which there will be a range of payment options, including paper, plastic, and electonric. “I’m probably one of the few believers in plastic still,” he says. “I think over the next 10 years there’ll be enough plastic for us to make good business.”