Maybe we should stop obsessing over mobile advertisements and acknowledge that an eyeball is an eyeball is an eyeball, and it doesn’t matter if it’s directed at a smartphone, a tablet, or a laptop. In other words, maybe it’s time to stop thinking about mobile ad campaigns and start thinking about cross-device ad campaigns. After all, if websites can auto-responsively change their designs to fit different devices, why shouldn’t targeted ads follow users no matter where they are?

That’s certainly a message that Drawbridge would like you to hear. The San Mateo-based startup, which in May came out of stealth and announced that it had raised a $6.5 million Series A round led by Sequoia Capital and Kleiner Perkins Caulfield Byers, is today launching two new products that push the boat out further on cross-device targeting.

“Drawbridge for Cross Screen Marketing” (poetry and succinctness are clearly not the startup’s strong points) promises to let marketers run targeted mobile campaigns, either by retargeting customers who have visited their website, or by targeting behavior based on audience segments, intent types, and interest profiles from data-management platforms.

Its other new release, “Drawbridge for App Marketing” (another Yeatsian delight, and have we said the word "Drawbridge" enough yet?), will help developers identify audience segments that drive high-value users to apps. That product comes with a post-conversion API that lets developers tweak their products to accommodate any goal – such as revenue, transactions, or levels played – in their acquisition campaigns.

Drawbridge uses complicated math to match a user of a particular device to a user of a particular computer. The system doesn’t require any personal data or log-ins; it makes its inferences by using machine learning. So, it can predict with a high-degree of confidence that the girl playing Angry Birds on her iPad in that cafe down the road is the same girl who bought a pair of shoes from Zappos using her Macbook earlier in the day. 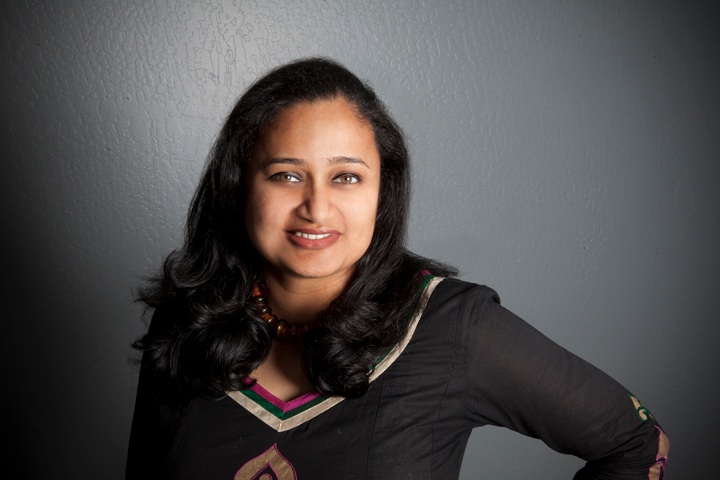 It’s not the only company trying to deliver highly relevant ads across devices. It seems an obvious problem to try to solve, but it's really tough to do without requiring users to identify themselves by signing into a particular service. Videology is trying to do a similar thing for video ads, TapAd is striving to bring consistent ads and targeting no matter what the consumer is sitting in front of, and Google is pushing its chips onto the cross-device table. Google’s dedication to cross-device targeting is particularly interesting, because Drawbridge’s founder, Kamakshi Sivaramakrishnan, worked at Google for six months following the company’s acquisition of AdMob, for which she was lead scientist. She told me in May that one of the reasons she left Google is that she felt that it wasn’t doing a good-enough job at finding a targeted solution for mobile ads.

In the time since Drawbridge has launched, Sivaramakrishnan has certainly been busy. The company is currently running 66 active campaigns, she says, and has so far matched 200 million devices to desktop cookies. The startup is also finding previously unknown behavioral trends. For instance, in a recent ecommerce campaign, the company found that less-educated users – highschool degree holders – were 24 percent more likely to click on a client’s ad than highly educated users (holders of advanced degrees). However, it also found that the more educated users had 171 percent higher conversion rates. That helps advertisers be a bit smarter with their ad targeting.

We’re probably going to hear a lot more about Drawbridge, and it’s not only about the math. Since we last wrote about the company, it has added Eric Rosenblum, former director of product at Google, to the team, along with Yahoo’s former mobile sales head Paul Cushman. Part of their job, no doubt, will be to get people to stop talking about mobile campaigns, and start talking about campaigns that follow people across devices.