Steve Jobs was famously inspired by Japanese minimalism, which became a major feature of Apple’s design philosophy. The same goes for Square, whose founder Jack Dorsey discussed the influence of the Japanese aesthetic in a recent Wired profile.

Today, these men might just as well have found their inspiration in Sweden. Although Japan and Sweden are 8,613 kilometers apart and their people are as ethnically divergent as is possible within the planet’s boundaries, the two countries share a remarkably similar aesthetic.

Each country’s design principles follow the idea that stuff should be stripped away rather than added on; that function and simplicity should be elevated into the realm of art; and that what makes a product great is not what it has, but what it doesn’t have. Simplicity is key. Clutter is the enemy. On those matters, Sweden and Japan are ideological neighbors.

For example, Japan has Muji. 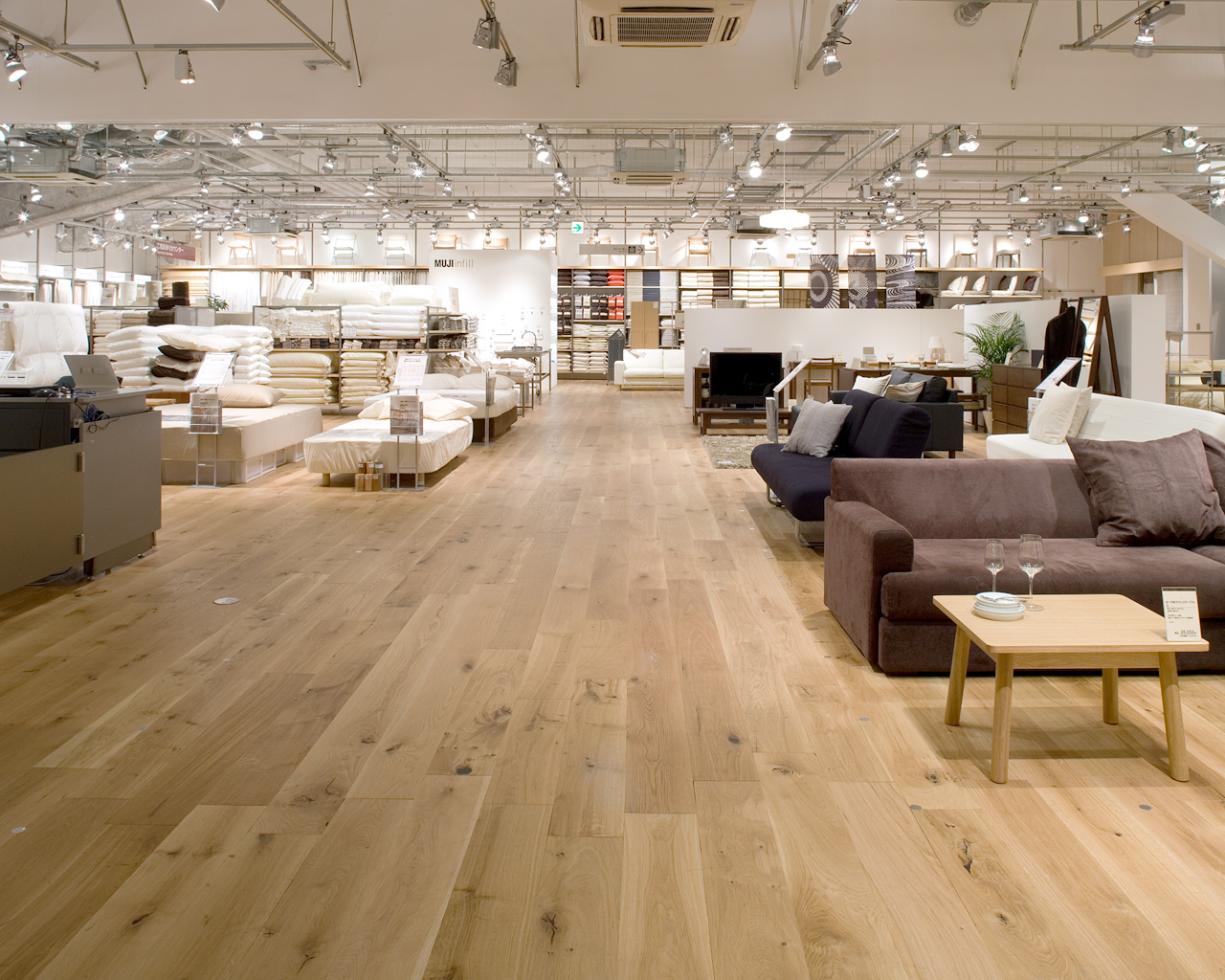 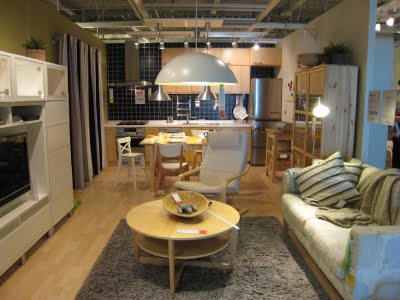 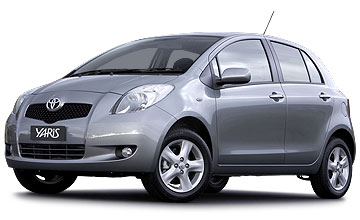 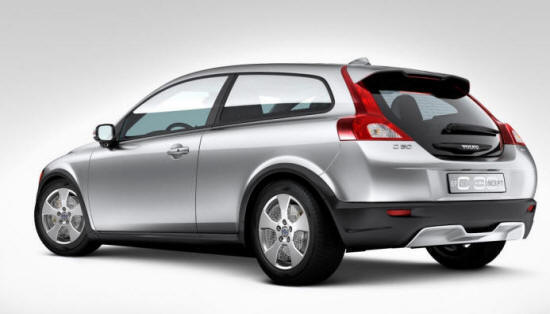 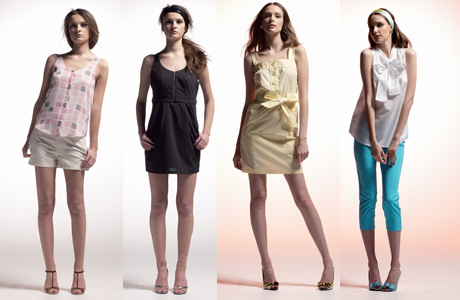 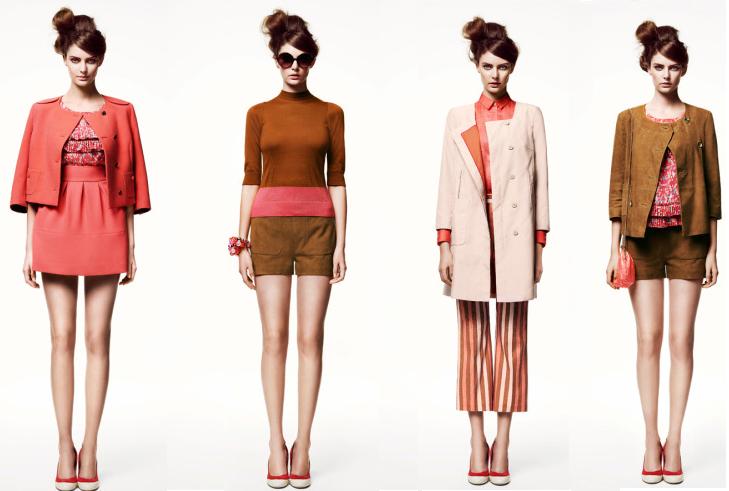 Designers and manufacturers from the two countries collaborated on the Yumaki toothbrush. 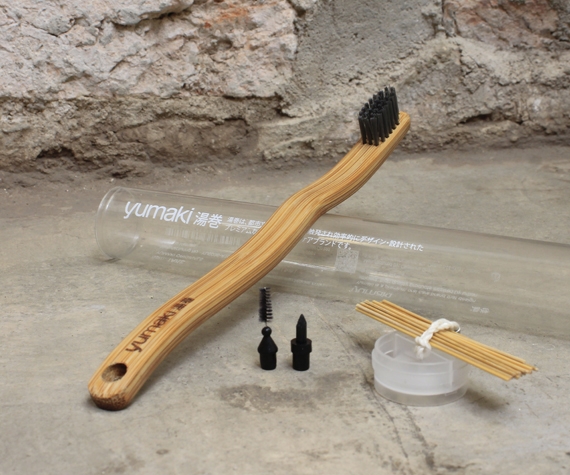 It’s not often you can say a toothbrush brings two countries together. But that toothbrush has the design DNA that brought the world H&M, Uniqlo, Muji, and Volvo. It is both of, and from, Japan and Sweden. It presents perhaps the most stylish and culturally ambiguous way ever to remove plaque from enamel.

It just so happens that those design aesthetics are the very same ones espoused by the Silicon Valley elite. Stripped-backed features. Simplicity. Beauty within constraints. This goes well beyond Jobs and Dorsey. Larry Ellison, Marc Benioff, Evan Williams, Kevin Systrom, and many more before them, are all devotees of this school of design. This shared DNA may be the secret to why Sweden is out-performing the bulk of Europe in startup innovation as well. After all, its hottest company, Spotify, has so far succeeded in a business nearly everyone has failed in partly because of the simplicity and beauty of its product.

A more nascent case in point is Tictail.

Tictail lets anyone easily set up a beautiful online shop for free. As of today, 6,500 online stores in Europe and the UK use Tictail to manage their sales, marketing, and design. The clientele ranges from hipster vintage clothing stores to the CEO’s ceramics-selling mom.

Tictail’s design lead is Kaj Drobin, a 26-year-old who co-founded the company with fellow designer and CEO Carl Waldekranz, also 26, and their two engineer friends, Birk Nilson, 24, and Siavash Ghorbani, 27. Drobin and Waldekranz previously co-founded a digital design agency called Super Strikers, which did the “brand identity” work for Spotify in its early days. Here’s the first-ever Spotify ad, created by Super Strikers.

In 2009, the two-man Super Strikers was acquired by Swedish brand development agency Identity Works. It didn’t take long for Drobin and Waldekranz to set out on their own again. While at Identity Works, the two would take week-long “vacations." In reality, they would escape to Waldekranz’s apartment to work on Tictail. They’d return to work paler than when they left, and their colleagues would ask: “How was the holiday?”

Nilson, who was then working for teenage-girls gaming community StarDoll, soon joined their weekend hackathons. While still at their jobs, the three agreed to put aside half their salaries into a joint account so they could build Tictail. They founded the company in May 2011, and later found Ghorbani through a little game in their website's code. They left an easter egg that read: “If you find this, you’re probably as eager as we are, and you should get in touch.” Ghorbani, who at the time was working at classifieds site Blocket, found it, got in touch, and joined the team on a trial basis. In September that year, Ghorbani came on as a co-founder.

But back to Drobin, Tictail’s chief designer. What’s interesting about him is that he’s half-Swedish and half-Japanese. Swedish dad, Japanese mom. For design, those are Superman genes.

When I visited Tictail’s office on Friday, Drobin was the one who pointed out the similarities between the Swedish and the Japanese aesthetics. For instance, he said, interior design in both countries is marked by the use of bare wood and raw materials. 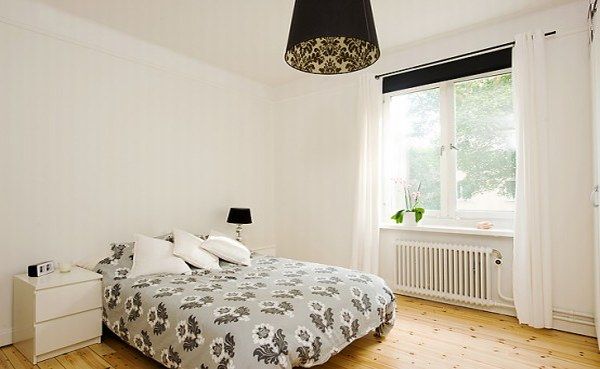 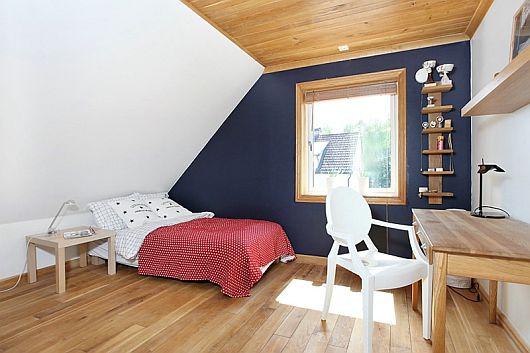 I asked both Drobin and Waldekranz to explain how the Swedish minimalist aesthetic came about. They weren’t sure how to answer that. It’s not something they learned in university, they said. In fact, they didn’t even go to university. Waldekranz ventured to say Swedes gravitate towards minimalism because “It’s the way we are as a people.” Swedes are calm, shy, and understated. “We don’t want to claim things that we can’t fully back,” Waldekranz said. Drobin added: “We’re not that expressive and verbal, so I think we keep it to a minimum.”

The same could be said for the Japanese. Only, of late, the Swedes have been decidedly more entrepreneurial.

Those ideas fit neatly with the traditions of Swedish design, espoused by numerous companies – from Absolut to Acne – but none more so than furniture retailer IKEA, which prides itself on design principles driven by innovation, thrift, and simplicity. IKEA is a global standard bearer for industrial design, renowned for finding the perfect middle-ground between playful and functional.

On its website, IKEA says its design was influenced by the 19th-century artists Carl and Karin Larsson, who combined classical influences with warm Swedish folk styles. “In the 1950s” – when IKEA was getting started – “the styles of modernism and functionalism were developing at the same time as Sweden was establishing a society founded on social equality,” IKEA’s website says.

Today, Sweden is famous for its social-capitalist state, which provides a safety net for its poorest citizens while ensuring free healthcare and education for all. From these organizing principles emerged a philosophy that came to be known as “democratic design,” according to a Smash Magazine article about the history of Scandinavian design. Democratic design, Smash Magazine holds, produces products that are beautiful, accessible, and affordable. The Swedish Society of Industrial Design, for instance, was in part responsible for promulgating this cause and aesthetic, which favors clean, simple lines, and high functionality. 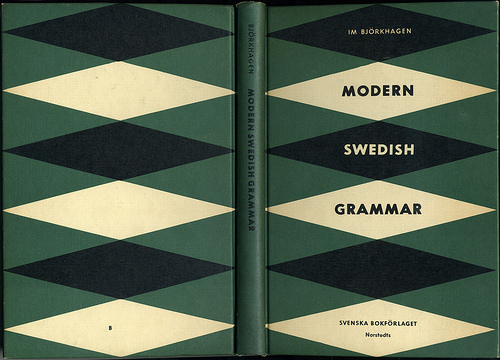 Tictail fits neatly into that tradition. The startup’s design is stripped-back and utilitarian, but fun. Its homepage, for instance, provides only what the customer needs to get the job done. It also proudly displays the colors of Sweden’s flag – just like Ikea. 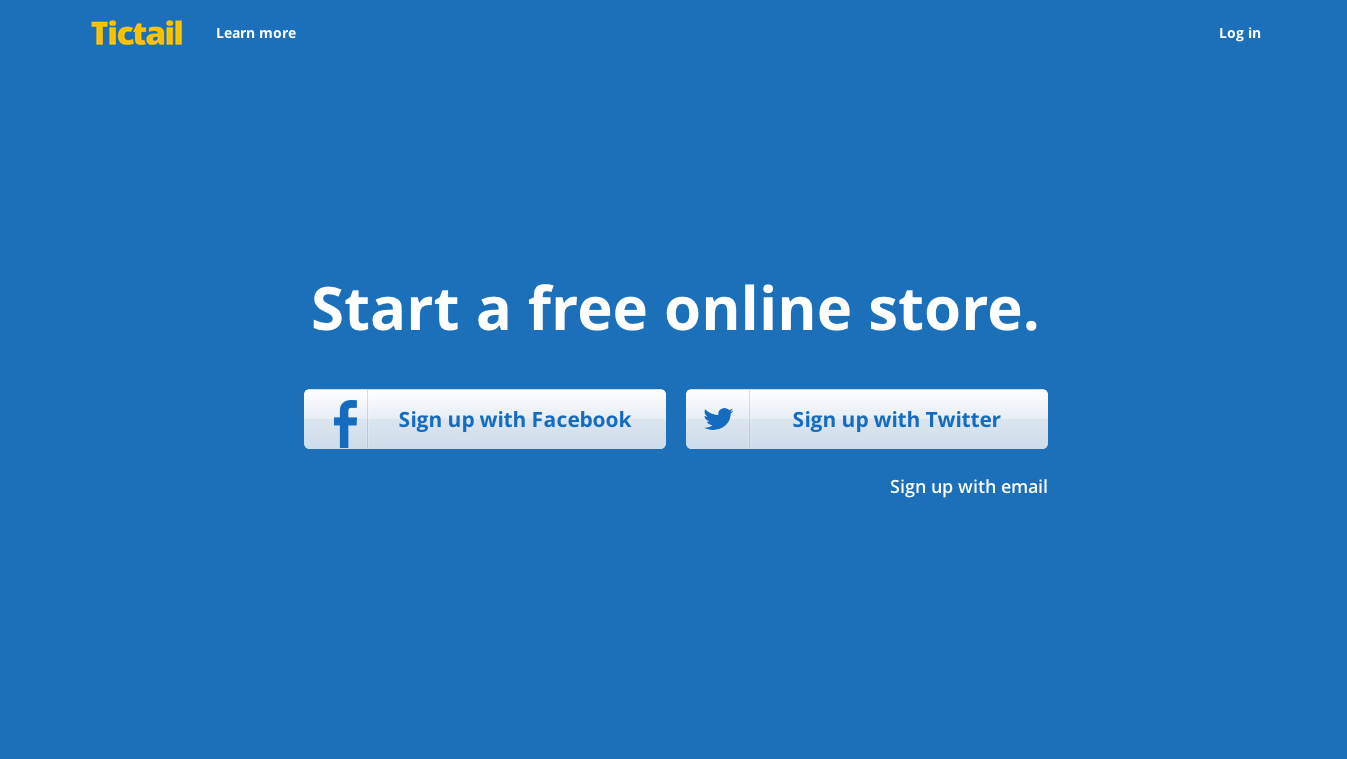 The Tictail feed, meanwhile, provides prompts to users, reminding them to reach out to customers on social media, or to take actions to help improve the shopping experiences they offer. The feed is utterly devoid of clutter.

The free design templates it offers to customers are also notable for their spare, clean layouts. 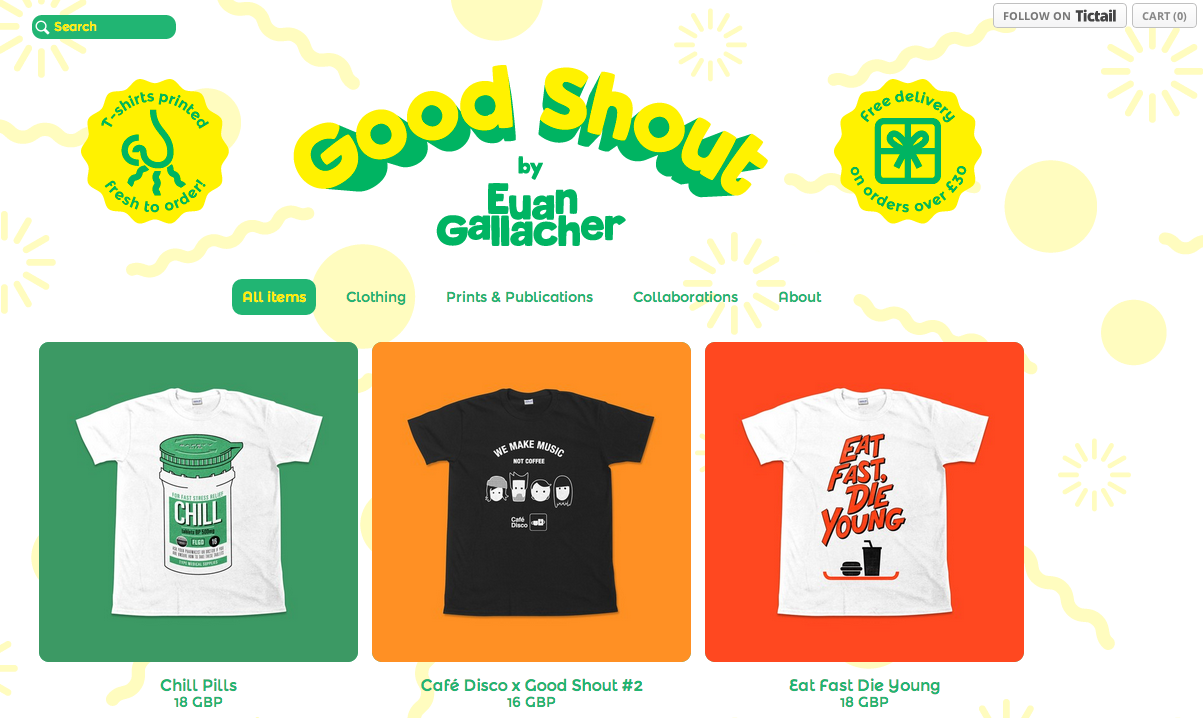 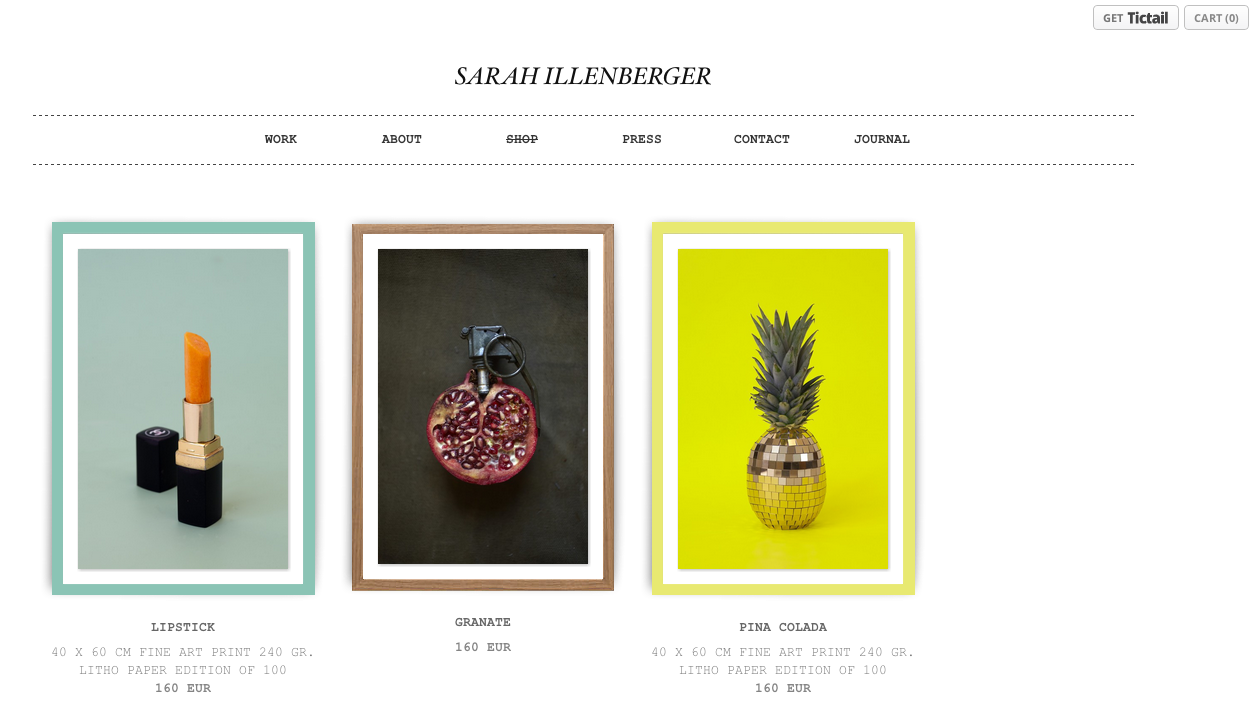 The Web has moved beyond the age when it was possible to get away with merely functional, spartan design. Yahoo is a dinosaur. Amazon looks out of date. And even the mighty Google can no longer afford to be bland. The garish eBay finally updated its once-childlike logo to something more sleek. The likes of Tumblr, HotelTonight, Flipboard, and Airbnb are making simple design – not mere simplicity – a core feature of their products. We now live in an Internet era in which “it works” just doesn’t cut it. It has to work beautifully. Perhaps above all other Web virtues – openness, fairness, choice – that sense of beauty is the lasting legacy of Steve Jobs.

Startup ecosystems that succeed don't try to mimic other places. They draw on their own strengths. While Apple and Square turned to Japan to find divine design inspiration, Tictail didn't need to look any further than its front doorstep. There it found riches. If you want to get a sense of what the future of the Web will look like, keep a close eye on this company and this city.