Out of the fire, into the sauna: How students power Finland's startup ecosystem

With 3,000 people, a $900,000 budget, and some of the hottest startups in Northern Europe, Helsinki's Slush conference has been a study in big thinking. For many, it might be surprising that what has become the Nordic region's most important startup event isn't held in raging Stockholm, but a country of 5 million people previously known only for Nokia and reindeer. But what's even more unlikely is that whole thing is run by student volunteers.

The group behind Slush is known as the Aalto Entrepreneurship Society (Aaltoes), an eager swarm of buzzed-up business students that have taken it upon themselves to start building a functioning startup ecosystem in Helsinki. The group of entrepreneurial hipsters formed at the same time as Aalto University started life as a unified entity in 2010. The new institution was formed by the government-instigated consolidation of Helsinki's universities of technology, design, and business.

These kids are hardly low on ambition. The twenty-somethings are two years into a three-year plan of making Slush the best startup conference in the world. They also want to build an ecosystem that not only takes in the whole Nordic region, but also Russia and the Baltic countries, including Estonia, Latvia, and Lithuania. Its most active way of reaching out to those countries is through an accelerator program called Startup Sauna, which tours cities to do Startup Weekend-style one-day training programs.

It also has a co-working space on Aalto's campus that incubates dozens of companies in six-week programs and frequently hosts high-profile visitors. We're not just talking about the likes of the globally omnipresent Dave McClure here. Just a few weeks ago, Russian Prime Minister Dmitry Medvedev and Finland's Prime Minister Jyrki Katainen dropped by for a visit.

The accelerator originally started with the aim of commercializing business ideas out of Aalto, but it soon ran out of customers and so broadened its remit. Its expansion to Russia and beyond happened almost by accident after the group took a trip to St Petersburg last year just to see how an event there would work out. The entrepreneurs they met in St Petersburg suggested the Sauna could also work in other Russian cities, and so it spread. Now it has a partnership with Skolkovo, Russia's $2.9 billion innovation center, which will soon start doing company exchanges with Startup Sauna.

Rovio's Peter "Mighty Eagle" Vesterbacka has been active in the Sauna from its inception in 2010 and is one of its most ardent proponents. Indeed, he was the one who convinced my editor to send me here. He says it is playing a key role in the rise of the country's reputation for producing strong startups, which in recent years have included gaming superstars Rovio and Supercell, but also a range of other interesting ventures, from mobile OS company Jolla to automated-recycling brainiacs Zen Robotics.

"The situation today is the best ever," Vesterbacka says of the country's startup ecosystem. "There's so much talent, and one thing that is important is that we have now a lot more serial entrepreneurs."

Vesterbacka (pictured in the center of the photo above, as always, in a red Angry Birds hoody) is also the founder of Slush, which he handed over to the students last year. Since then, the students have grown the conference from a Finland-focused gathering of 400 people into the international mega-meeting that it is today. While Startup Sauna's daily grind involves a lot of grunt work, this conference is the region's glittering tech showpiece. "Slush is our two days of glory," says Antti Ylimutka, Startup Sauna's CEO.

Slush is a not-for-profit endeavor, but it pays for itself through ticket sales and sponsorships. The foundation behind Aaltoes and Startup Sauna, meanwhile, operates on a $2.5 million budget, which comes from Aalto University, private companies, and Tekes, the government's tech-investment arm.

Both Startup Sauna and Slush have critics. Some industry watchers note the irony students who have never started a company dish out advice to entrepreneurs. The Sauna defends itself against that knock by stressing the involvement of its veteran coaches.

But the biggest knock on the conference may be the aggressive promotion of itself and Finland's ecosystem. At times both the students and their mentors verge on over-hyping what's happening here. In his opening remarks on stage at Slush, Vesterbacka repeatedly referred to the region as a "world-beater" and gushed about Slush's significance. Similarly, Vesterbacka predicts that Angry Birds will reach 1 billion downloads and was talking up a potential IPO earlier this year.

Finland's ecosystem is certainly impressive, but it is also young and fragile. Many of its startups other than Rovio and Supercell are operating in the hot-today, gone-tomorrow hit-driven world of gaming. Until they exit, they haven't made it. 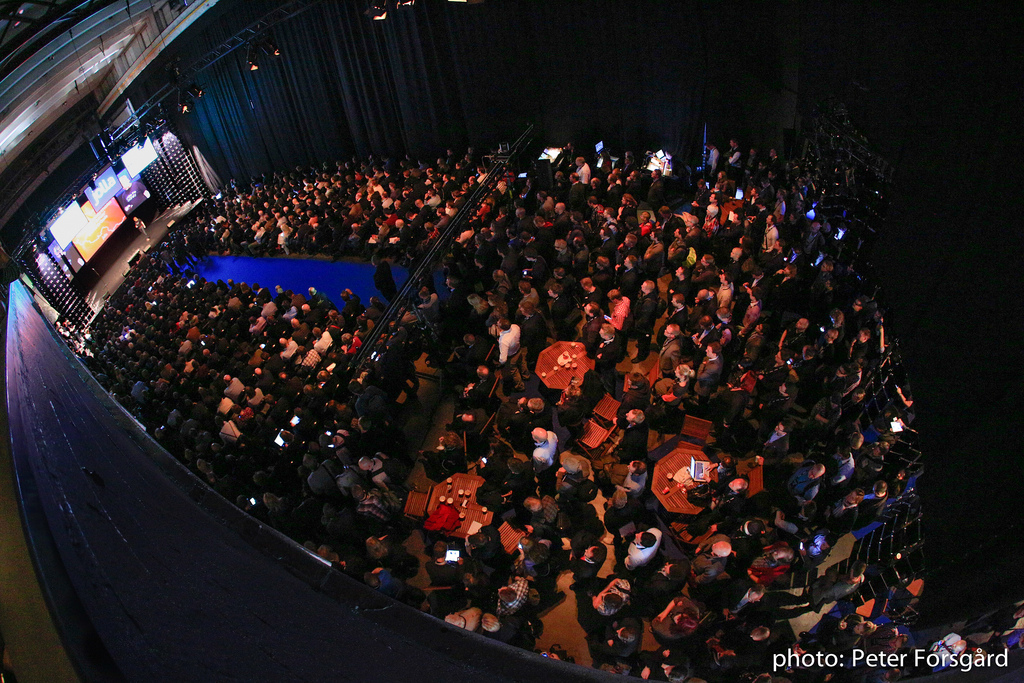 You could argue Finland could take a page out of its neighbor Sweden's book, which agonizes over hyping the legitimately impressive ecosystem that's building there. At the very least, the organizers are inviting criticism if next year's Slush doesn't live up to the standards set by, say, TechCrunch Disrupt, Demo, or D. And, odds are, it won't. Conferences are hard. Even Europe's premier tech conference, Le Web, had years of logistical growing pains, as Paul Carr reported with glee back in the day. This year's Slush had its fair share of problems, including malfunctioning on-stage audio, overcrowding, and inadequate meeting and media facilities.

Taken as a whole, however, Slush is getting better. It doubled in size from last year and brought together a broad base of attendees from a range of international startup sectors. It was also a lot of fun, brimming with the optimism of its young wards, who organized a monster party on the conference's first night. The media attention it has generated inside and outside of Finland is undoubtedly a plus for the region's ecosystem.

Student groups in Finland have a history of successful organizing. Every university student is, by law, a member of a student union, which have collectively played a prominent role in Finnish society. The unions have exerted their power on the national political stage and sit on large piles of cash, which brings with it considerable influence. One of their notable achievements was the ushering in of legislation in the 1970s that capped meal prices for students at restaurants.

While not a union, Aaltoes is carrying on that tradition, helping to harness the energy of young talent at a time when future jobs no longer look as certain as they once did. Finland is on the Euro, so it has been affected by the continent's ongoing economic crisis, despite being an otherwise well-off country.

It is also now witnessing the massive and painful downsizing of Nokia, which at its height in 2008 accounted for 4 percent of Finland's GDP. The company, getting crushed in the smartphone era, has been laying off thousands of people. Now it is notable for its empty buildings in the center of Helsinki. Supercell has just moved into one floor of a swish office tower that once housed Nokia research teams. If the gaming company keeps growing revenues at some $750,000 a day, it has ample room to expand – there are plenty of vacant floors in the building.

But even that has a silver lining to Vesterbacka: "You really have this massive creative destruction going on, but you have some of the traditional big companies struggling or dying," says Rovio's Vesterbacka. "The nice thing, though, is that there are hundreds and hundreds of startups."

It's little wonder that Aaltoes and Startup Sauna have enjoyed so much support from the likes of the country's prime minister, universities, and the business community. Finland is waking up to the reality that it can no longer depend on its traditional industries – wood, paper, and hardware – to keep it wealthy. Because of that, these young people's entrepreneurial endeavor is not merely a impassioned youthful mission. The country's economic future may rely on it.