Are you watching, Facebook? Asia's mobile chat apps show how it's done

The App Store and Google Play may not be kings forever. If we look to Asia, we can see evidence that Web-based apps may be creeping closer to finding dominance on smartphones. And no-one should be more interested in the trend than Facebook.

Last week, South Korea's Kakao Talk announced that it is taking its new gaming platform global. Kakao Talk is a mobile messaging app that has been downloaded more than 65 million times worldwide. In Korea, it is the dominant mobile experience, to the point where "Ka Talk" has been normalized to mean "mobile chat." It opened its gaming platform in Korea just three months ago, and it has already registered numbers so impressive that any small-time game developer hoping to reach the Korean market should consider thinking "Kakao first, App Store and Google Play later."

Three games on the "Kakao Game" platform have already been downloaded more than 10 million times: Anipang took just 39 days to reach the milestone; Candypang took 28; and Dragon Flight, 26. Since the launch of Kakao Game, Anipang has increased its income by 400 times, and Dragon Flight by 2,800 times, according to Kakao. Meanwhile, more than 80 million games have been downloaded at a rate of 3.58 games per subscriber. 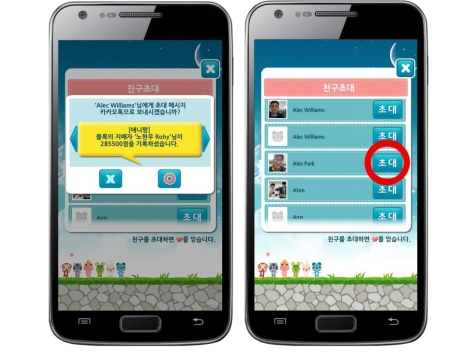 These are numbers that Facebook should be taking a close look at. The social network's App Center has been seeing 150 million monthly users, but that's out of a total of 1 billion members, and spread across all platforms. It also hosts more than 600 apps on the center, including more than 130 games that have more than 1 million users. Kakao Game, meanwhile, has just 31 games and a total userbase in Korea of about 50 million. So its 82 million downloads from 23 million unique users is more than significant when compared to the Facebook App Center, especially when you consider that it is a mobile-only platform. (By the way, KakaoTalk also has 3 million users in the US.)

Kakao Talk, like Tencent's WeChat, is a truly mobile-native app, which means it has been able to build for the mobile era from the ground up in a way that Facebook hasn't. While Facebook's mobile experience is fragmented across its Messages, Camera, and all-in-one apps, both Kakao Talk and WeChat integrate a broad range of social and communications experiences within one platform that doesn't bother wasting time with a desktop Web version. Both apps started with chat at the center of their experiences, but they have expanded to include photo sharing, a social graph, an advertising platform, a gaming platform, and also a fledgling ecommerce platform.

Kakao has also announced that next year it will launch an online music and book store called Kakao Page. The service will provide tools for artists, writers, musicians, and others to sell and market their content direct to Kakao Talk users. It plans to take a 20 percent cut of sales after giving 30 percent to Google or Apple's app stores, and 50 percent to the content creators. That will put it a step ahead of Facebook in terms of serving as a marketplace.

They might not have the name recognition or reach of Facebook, but in their home markets both Kakao Talk and WeChat, which now has 200 million users, are pushing forward with innovations in a way that ties social and mobile together for great economic potential. They may still be tied to Google Play and the App Store, but they also provide an alternative route around those stores for both developers and users. For many, Kakao Talk and WeChat are becoming the de facto mobile experience. The same can't be said for Facebook anywhere.

Korea has led the way before in social, particularly at the start of the millennium with social networks SayClub and Cyworld, both of which had millions of users and online economies long before Mark Zuckerberg started hacking together Facemash. Facebook eventually supplanted them both, but the arrival of the Age of Mobile has again wiped the slate clean. In China, WeChat (known there as Weixin) doesn't have to worry about competing with Facebook, which is blocked in the country, but it has already started eroding the popularity of Sina Weibo, the Twitter-Facebook hybrid that had dominated social networking in the country in recent years.

So far KakaoTalk and WeChat have few analogues in the US, with Voxer perhaps the closest in resemblance. In the US, it would be mighty difficult for a newcomer to swoop in with such an app and expect to gain dominance. Facebook is too entrenched for that. But that doesn't mean that Facebook should sit back on its heels and watch as its Asian counterparts do smarter things on mobile, and with greater speed. The Age of Mobile has created a new social world, and few are doing it better than these two feisty players from the East.