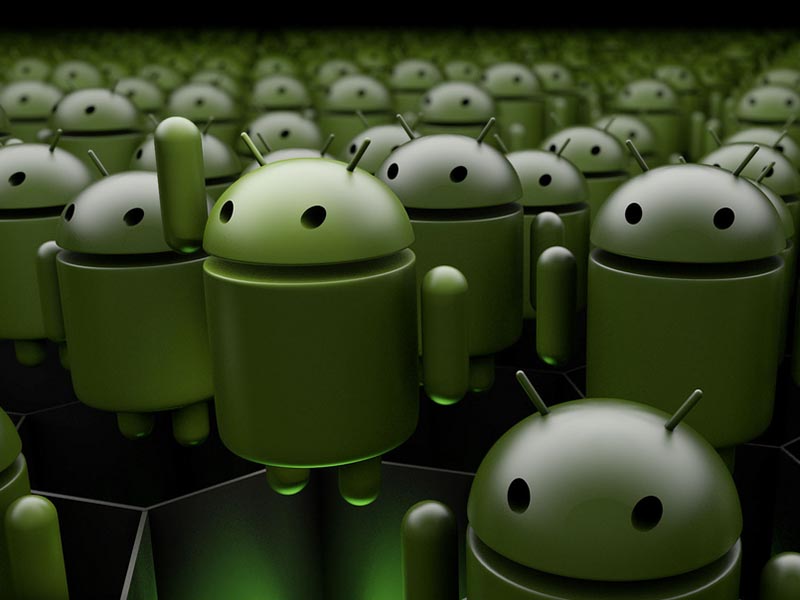 Despite the still-intense demand for any device that has an "i" at the front of its name, there are strong signs that Apple is ceding a good chunk of the global mobile market to Google. This trend is likely to accelerate as Asia starts to make the US market look less mighty.

Apple's tremendous financial clout is tied not only to selling warehouse-loads of shiny devices, but also to an app economy that exists within iOS. Apple, like Google, takes a 30 percent cut of all revenues from apps hosted on its platform. In the early years of smartphones, that economy has been dominant, especially in the US where Apple has enjoyed a first-mover advantage and the adulation of fans and the press alike.

Even in China, the world's largest smartphone market, developers have preferred to create apps for iOS first, because people don't spend nearly as much money on, or in, Android apps. But that situation is unlikely to prevail for too much longer.

New figures from App Annie show that while iOS is still bringing in four times as much revenue as Google Play, the latter's revenue is growing more than 20 times as fast. Last month, in fact, iOS revenue actually shrunk by 0.7 percent. For Google Play, revenue increased 17.9 percent.

If you're one for trend lines, look at these graphs from App Annie's full report. 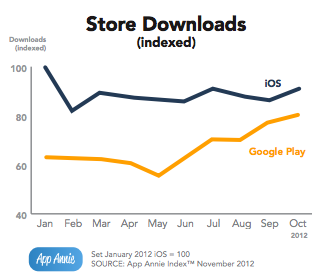 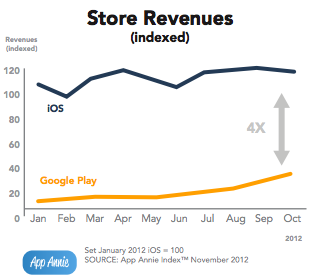 In what should be even more of a concern for Apple, much of this growth is being driven by Asia, home to the world's most populous countries and where Android is more than a match for iOS. In Asia, too, are China and India, two the largest and fastest-growing smartphone markets, and Japan and South Korea, two of the highest spenders. In each one of those countries, Android is dominant and growing, if not in revenue, then at least in the number of devices in people's hands. If Android can retain its foothold in those countries, it stands to benefit greatly in future years as people get more used to spending money on their phones and as those markets, China and India especially, get more affluent.

Asia is also proving the most lucrative source of revenue for Google Play. For October, seven of the top 10 publishers by revenue on Google Play were from Japan or South Korea, whose games are just crushing it. And for the first time, Japan has overtaken the US in Google Play revenue. Japan, South Korea, China, and India, meanwhile, account for 2.7 billion people. And guess where else Android is gaining? Indonesia, population 242 million and another fast-growing market. (Android, by the way, is gaining on BlackBerry there, not iOS.)

App Annie's report comes just a few weeks after IDC released figures showing that three out of every four mobile devices shipped globally has an Android operating system. While iOS has seen 57 percent year-on-year growth globally from 2011 to 2012, Android grew by 91.5 percent, according to IDC.

The picture is now becoming clear. If nothing changes, Apple risks continuing to bleed both mobile market share and revenue to Google, especially in the world's most important markets. Which is why that rumor of a $200 iPhone sounds just about right.