Startup community advocacy group Engine Advocacy has teamed up with the Bay Area Economic Council to produce a report that suggests the high-tech sector is responsible for outsized positive economic influence across the US.

In short, the report, "Technology Works: Patterns of High Technology Employment and Wages in the United States," shows that high-tech jobs create three times as many jobs as manufacturing jobs, thanks to a "multiplier effect." That's in part thanks to a spin-off effect in which the high-paid tech workers help generate more service jobs.

The report also finds that workers in high-tech industries and STEM occupations – the acronym stands for science, technology, engineering, and math – earn between 17 and 27 percent more than workers in other fields, even after adjusting for factors such as education level, citizenship status, and age.

Perhaps most compellingly for anyone who wants to make an argument for improving incentives for STEM education (oh, hi, Engine!), the report finds that employment growth in STEM has outpaced job gains across all occupation by a ratio of 27 to 1 over the last decade.

Before we go on, keep this in mind: Engine is using a broad definition of high-tech. It defines the sector as "the group of industries with very high shares of technology oriented workers." That includes not only software engineers and Silicon Valley types, but also workers in communications, electronics, scientific research and development, engineering services, and medical and aerospace manufacturing. So let's not attribute all these findings to Google and Facebook alone. That also explains why the high-tech jobs it reports are spread throughout the country.

But anyway. Pictures. These graphs tell a story. 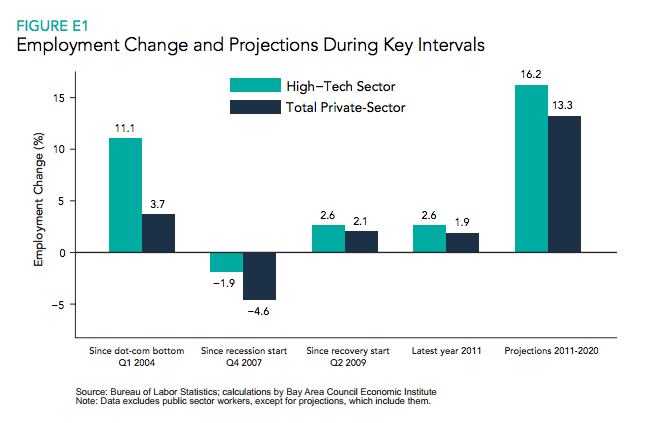 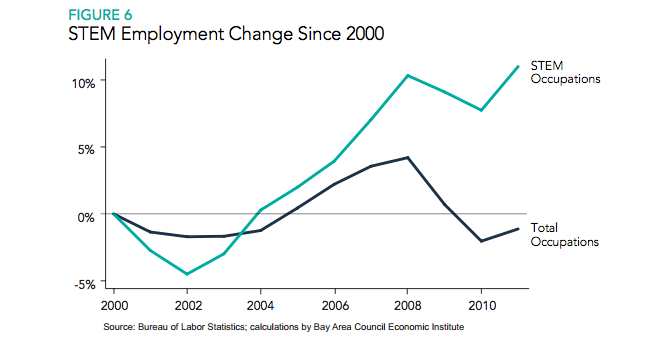 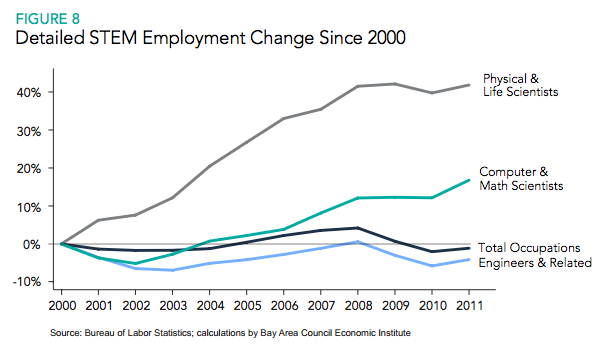 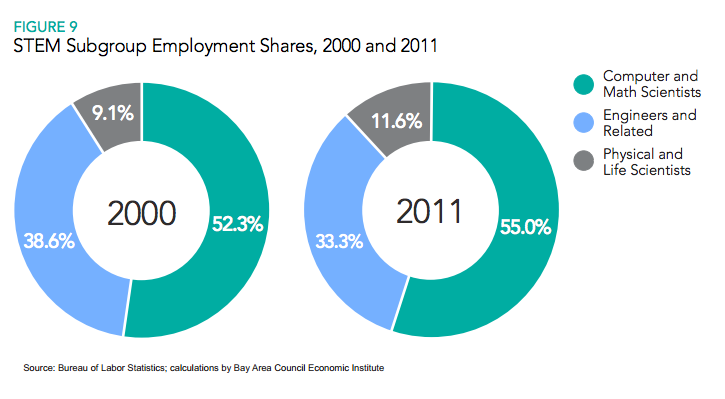 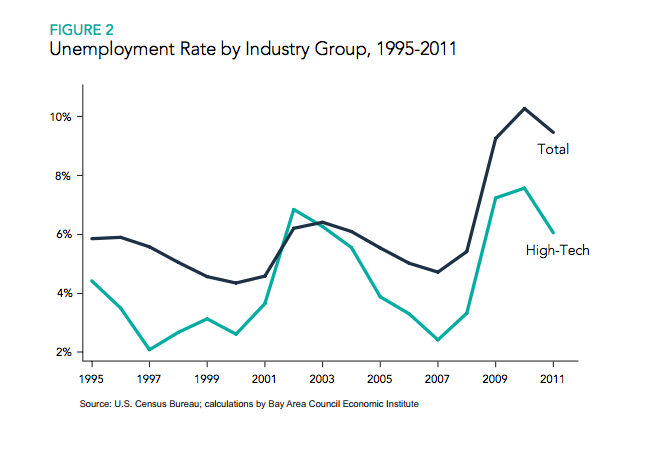 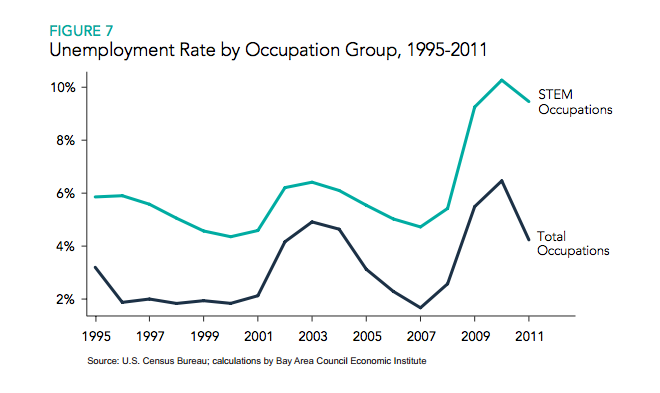 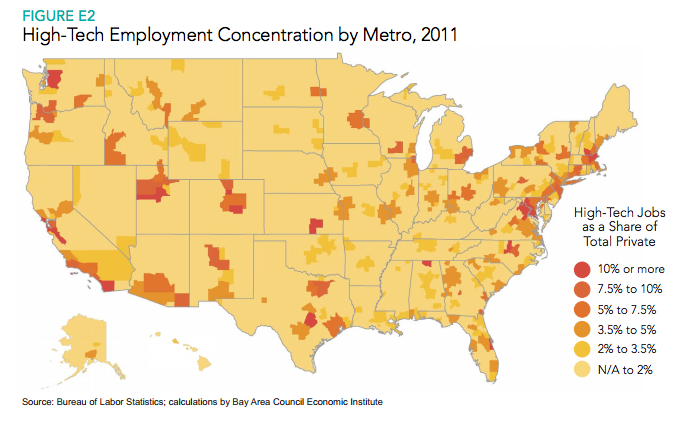 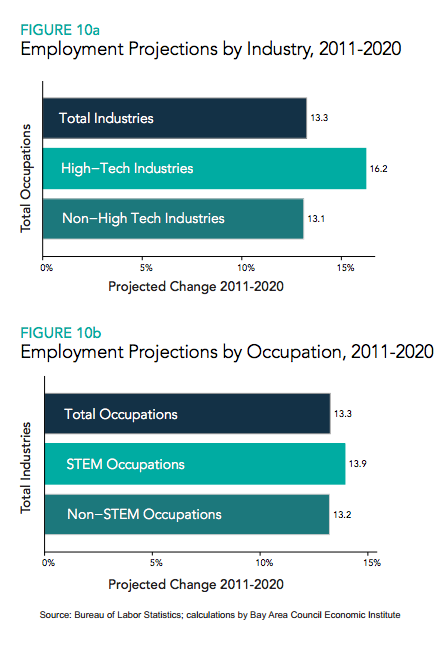 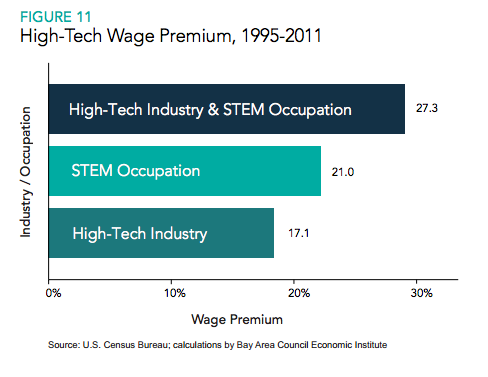 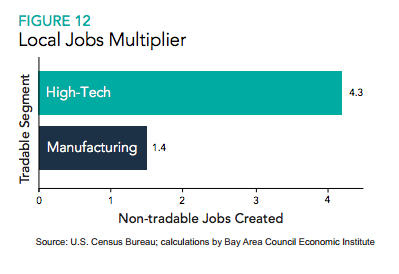