From post-punk to post-coal, David Levine's Geostellar shines a light for solar

Holed up in a converted YMCA building in Martinsburg, West Virginia – population 17,000 – is a 20-person team with $14 million in venture backing that is attempting to change the way Americans think about solar energy. It was founded by David Levine, a former frontman of a post-punk rock band who has sold two successful tech companies, including one that started life as one of the first ever Web-design companies, and was once a promising poet.

Today, Levine’s company, Geostellar, launched a website that allows people in most of the US’s major solar markets – the West Coast, New England, and the Mid-Atlantic – to calculate down to the square meter how well solar would work for their household. By signing in to the site and punching in your address, you can get a reading on how much you would stand to save on electricity costs if you installed solar ($2,057 a year for me here in Baltimore), how much energy your solar array would produce (142,172 kWh over 25 years), and an idea of the reduction in carbon dioxide emissions that would result from going solar (181,696 lbs of carbon would be kept out of the Earth’s atmosphere over the lifetime of my solar array). 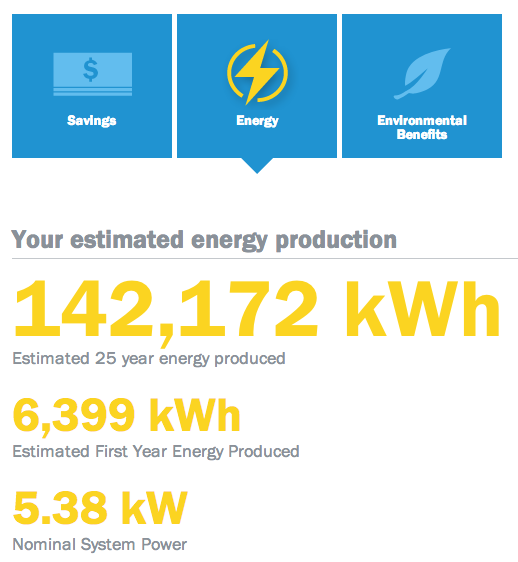 Geostellar’s site, says the CEO, is “for all the people out there who are solar curious.” It’s like one of those sites you can visit to see how much money a year you would save by switching to energy efficient lightbulbs – except this is personalized and takes into account swathes of complicated geospatial data related to whatever pinprick at the intersection of longitude and latitude that your dwelling occupies on a map. Geostellar’s 3D geo-mapping algorithms also take into account the slopes and orientations of rootops, and shadows from nearby trees and buildings. The company makes money from referral fees if you decide to click through to make a purchase through whatever solar companies serve your region.

Geostellar has been around for three years, but until now it has specialized in providing “big data geomatics” – a fancy way of saying analytics related to place – to solar companies such as Sunrun and Sungevity so they can determine which neighborhoods are best suited to solar. The startup raised $2 million in angel funding last year, and in May it closed a $14 million round led by independent energy company NRG Energy and geospatial data company GeoEye, with the consumer product in mind. In the months ahead, the app will be available on mobile platforms. The goal of the app is to reduce the “soft costs” associated with going solar by delivering information quickly and easily.

But how did a solar startup like Geostellar end up in coal state West Virginia?

Well, that’s all thanks to Levine himself.

Levine was studying philosophy at Yale when he had his first entrepreneurial experience. A music lover, in his junior year he put together a compilation album featuring songs by New Haven punk bands. A band he started with some friends, called Senator Flux, had a couple of songs on the album. A Dutch record label got hold of the album through a fan zine – hey, this was the late 1980s – and signed Senator Flux while the guys were still in college. They went on to produce four albums and tour Europe. The band even put out a music video for one of its songs, “Grey Eyed Athena,” which made it on to MTV. Check it out below. Levine is the guy on the mandolin, purple shirt, black jacket, big brown hair.

In the early 1990s, after ditching a poetry fellowship at the University of Michigan to tour with the band, Levine was short on money, so he edited books while on the road for $8 an hour. His steadiest gig was with the World Bank. His boss there asked him if he could figure out how to publish the books on the Internet. So he called a computer-savvy friend who was still in high school at the time and started to learn how to the whole Internet thing worked. Soon, he was setting up the World Bank’s very first website. It became apparent to him after watching David Letterman on an Mbone-hosted late-night joke server that the Internet was the future of all media.

So in 1992 he left the band and set up a company in Baltimore called Husky Labs, which designed early websites for Coca-Cola, Penguin Books, CBS, and NPR, among others. In 1998, recognizing the potential of the Internet for financial trading, he turned the company into Ultraprise, a home loans trading platform. In a case of fortuitous timing, he sold his shares in the company in 2000 and left to start a gaming technology company. 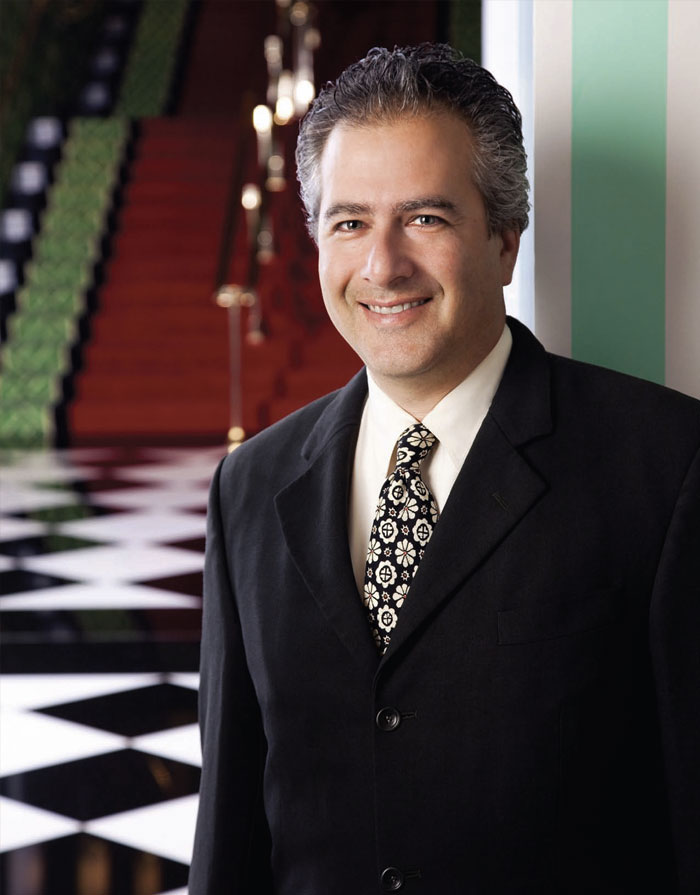 By that point, he and his wife had moved from their one-bedroom condo to a house in Shepherdstown, West Virginia, because they realized that the flexibility of the Internet meant it didn’t really matter where his company was based. Levine describes Shepherdstown, which sits near Martinsburg on the Potomac River about 90 miles west of Baltimore and is home to nearly 2,000 people, as “a gorgeous little town.” Thanks to its natural beauty and relaxed lifestyle, he hasn’t found it too difficult to recruit talent to the area, despite its non-status as a tech destination.

Eventually, he moved his gaming technology company, called Butterfly.net, to Silicon Valley. It built a 3D game engine now known Gamebryo and went through a couple of iterations before ultimately selling to a Korean company called Gamebase. After leaving the company, Levine returned to West Virginia, worked for John Kerry’s Presidential campaign, and did a stint in public service as a technology advisor. He then drifted back into the private sector, taking up executive roles an engineering consultancy called Sewall and natural resource intelligence company called Lanworth, where he learned about renewable energy and got exposed to geomatics.

That’s what eventually gave him the idea for Geostellar, which he lured his old developer and business buddies into in 2010. He bought Shepherdstown’s 16,000 square foot YMCA, which comes with a large kitchen fitted with a Viking Stove, and a full-sized basketball court. The facility might be one of the reasons he hasn’t had too much trouble attracting talent to the team. For the first year at Geostellar, there were just four of them working out of the space.

Before it can save the world, Geostellar has to prove that it has a consumer-facing business. Solar’s reputation has been battered in the US, not least because of the high-profile bankruptcy of government-backed Solyndra, which Mitt Romney and Paul Ryan turned into a political football during the Presidential campaign. Because it is an emerging energy technology, it is also heavily reliant on subsidies that are politically unpopular, even though fossil fuel companies have been receiving generous subsidies and tax breaks for decades. Then you have the fact that a once-keen venture world has soured on the category, making much-needed clean-tech funds harder to come by.

Where Geostellar does have an opportunity, however, is that it is tapping into a movement towards “downstream” solar, in which companies such as Elon Musk’s Solar City and Sunrun are financing personal solar arrays so that consumers only have to pay for the energy costs. These operations, which rely on carefully calibrated software, need good data, which companies like Geostellar, of which there are few, can provide.

There has also been talk of creating a securitization market based on solar energy as financial institutions look for better trading tools than pools of mortgages. Such logic is based on the belief that consumers are more likely to reliably pay their solar leases in order to keep the lights on than they are to pay their mortgage instalments. “The solar market,” Levine claims, “is going to be a lot like the mortgage market.”

That potential scenario is a long way off being realized, but if it does come to pass then there is one man who has the experience in both solar and loans trading who could stand to benefit. And you might just find him sitting in a YMCA in coal country West Virginia.