Voices from the startup community: "What we learned in 2012"

I was privileged to interview a range of fascinating people this year, including entrepreneurs, investors, political operatives, and big thinkers. To look back on 2012, I asked some of the people who stuck most in my memory to tell me one thing each of them learned this year, with the only proviso that it be related to tech, startups, or their specific venture. From Mitt Romney's digital guy to one of South Korea's pioneering entrepreneurs to an Iraq War vet who has started a company to support troops, here's what they had to say. 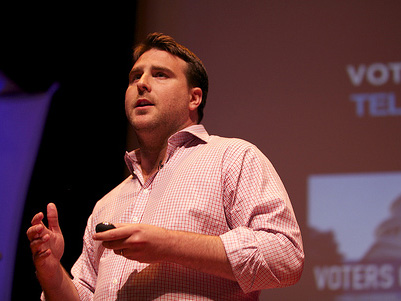 Zac Moffat, digital director, Mitt Romney’s Presidential campaign 2012 was the first election where digital marketing moved from list building and fundraising into voter persuasion and mobilization. Data driven advertising, coupled with up to one in three voters living "off the grid" meant that both presidential campaigns needed to shift a massive amount of resources from traditional sources (mail, phones and television) towards digital platforms (Web, mobile, social). The investment of resources will seem minuscule compared to the amount that will be spent in 2016 as audiences continue to become more fragmented and nuanced, but they represented a seismic shift in the historic spending of political campaigns. Also, I learned that running a digital effort on a campaign would be a lot more enjoyable as an incumbent… ("In the red corner, Zac Moffat leads Romney’s digital drive to topple Obama," Sep 26) 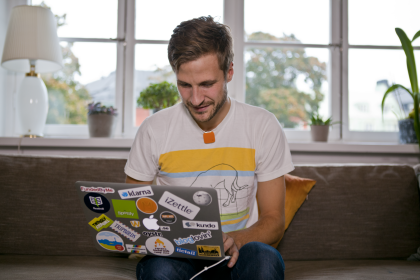 Oskar Kalmaru, co-founder, Memoto I have learned that it's better to do things right from the beginning than to take a chance at something hastily put together. I tend to want things to happen as quickly as possible, but my New Year’s resolution will be to stop more often and opt for nothing but the best. ("Magical mystery machine: How Memoto’s lifelogging camera could change our memories," Nov 29) 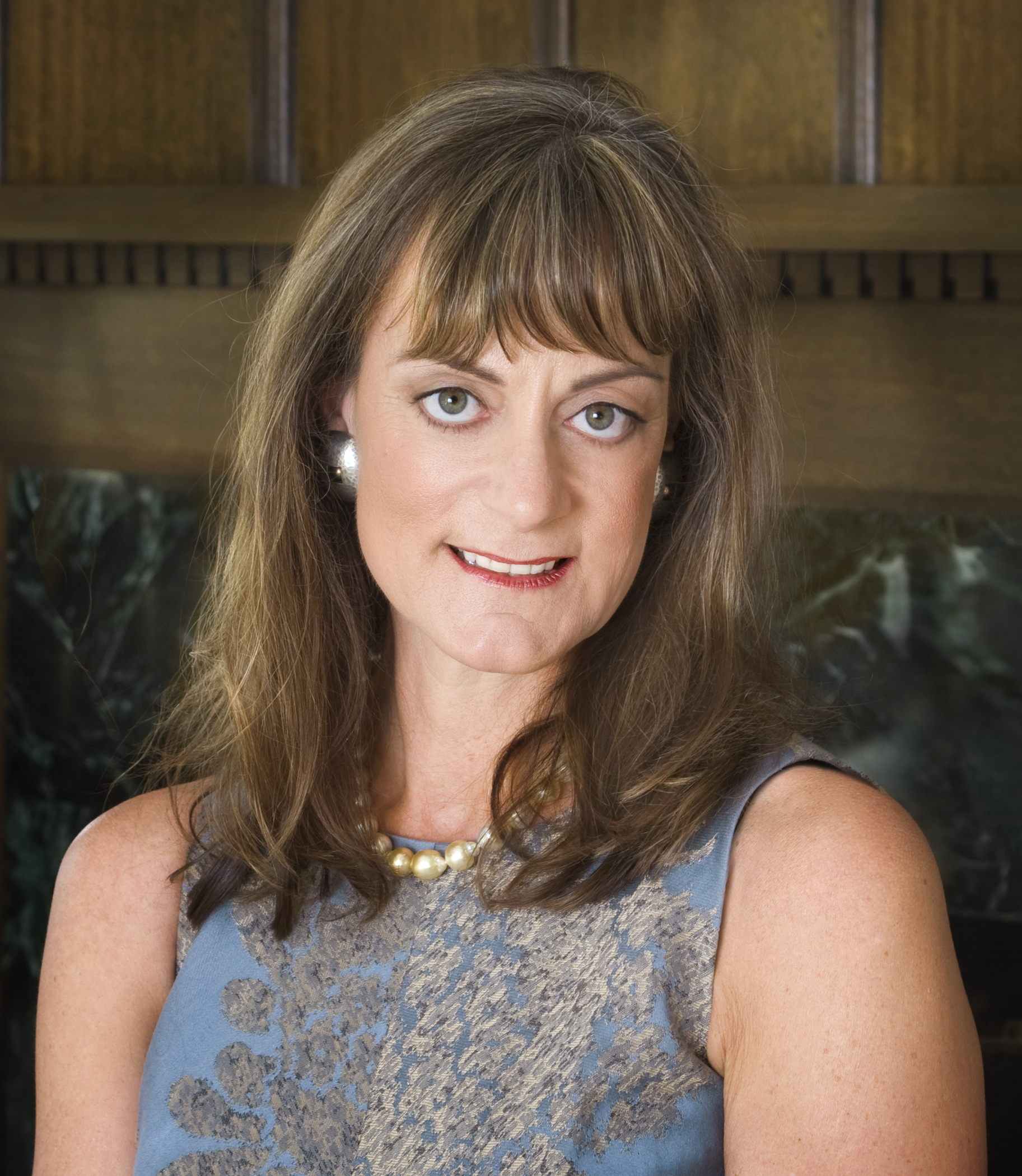 Nancy Pfund, managing partner, DBL Investors  In 2012, I learned that despite political silence on the matter, the pulse of sustainability investing aimed at addressing climate change is intact and, in fact, beating stronger every day. For example, despite endless articles containing cynical assessments about electric vehicle growth, the Tesla Model S became the Motor Trend "Car of the Year" in an historic unanimous vote. And while the Brightsource IPO did not happen as planned last spring (replaced with a private round several months later), the year ended in solar triumph when SolarCity's IPO launched successfully, setting the stage for more to follow. A key takeaway from these scenarios is that, increasingly, it is the consumer, and not just policy, that is playing a growing role in combatting climate change and driving cleantech growth. The rewards of sustainability will increasingly drown out the critics and make further silence about climate change not only unnecessary, but totally uncool. ("Now that climate change is on the agenda, is it time to be scared of a Romney Presidency?" Oct 5) 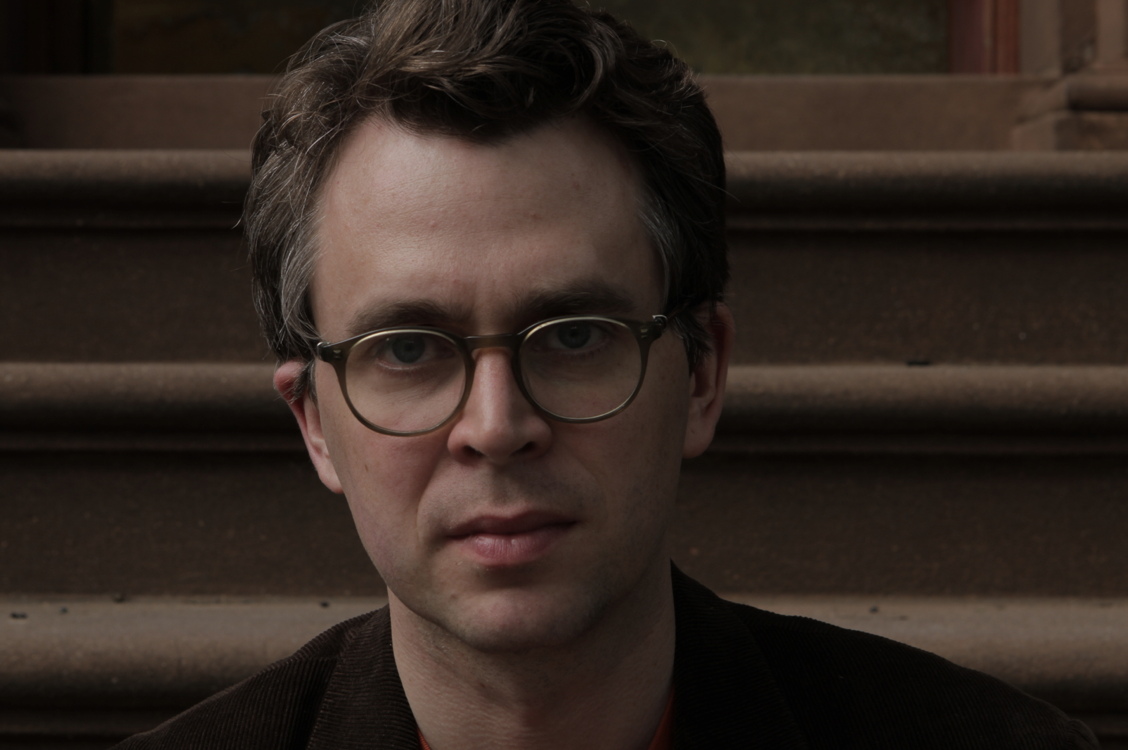 Matthew Putman, founder, Nanotronics Imaging We had been struggling with a very important client in Taiwan who had been evaluating our instrument. Every day of this process had been frustrating. I and our two top sales and technical people had visited already, and the crazy thing is that it always seemed to go well. But as can happen, even when all of the words have been translated on the screen, the meaning is lost, and confusion arises. So we had an undergrad student of mine, Jacob Keith, do a summer internship with us. He knew Mandarin, so before he had even learned about our product, he was joining us in Taiwan. For the first time, these three parties – the agent, the customer, and, finally, us – were able to communicate. So even as Google Translate will soon be available on Google Glass, for now we should all supplement any efforts at building a universal translator with another language or two. ("Matthew Putman’s super-resolution and the poetry of nanotechnology," Nov 2) 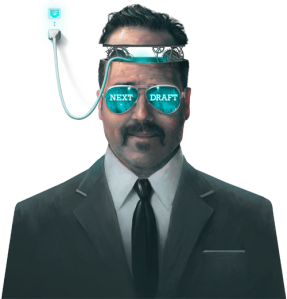 Dave Pell, writer of NextDraft and angel investor When I started angel investing during the first boom, I didn't think we'd ever see an era when it would be easier to raise a seed round. Back then, if you had a decent deck, you could basically drive down Second Street in SOMA with your car windows open and investors would throw money into your back seat. Today, things are actually more extreme. Your deck doesn't need to be decent and your windows can be rolled up. There are so many early stage investors (and later stage investors masquerading as early stage investors) that someone with a sack of cash and a slim jim will figure out a way to get the dough into your vehicle. Some of these companies need to go the traditional venture route, but for most, it's a big mistake. I think in 2013, we'll see a lot more attention paid to small businesses and independent publishers who are making a decent living (or even a really good one) on the Internet without ever having raised money. There will still be a huge market for venture deals, and I plan to invest in several myself. But when my kid suggests that I give him his allowance as a capped convertible note, you know things are getting a little out of hand. ("One man’s email newsletter leads the fight against Tweet overload," Apr 25) 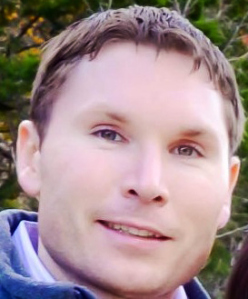 Blake Hall, founder, TroopID I've been moved by a Korean war veteran who told us during the signup process that we were the first to tell him thank you for his military service. I’ve experienced a wave of relief – and a fit of giggles – when I realized that the 31,170 users who signed up for TroopID in the first 30 days post-launch meant that my promises to investors, employees, and customers would be fulfilled. I lived these wonderful experiences because I was willing to make big bets on myself. And now I know how powerful and life-changing that attitude can be. ("Forged in battle: TroopID launches as a vet’s personal mission to help his own," Nov 12) 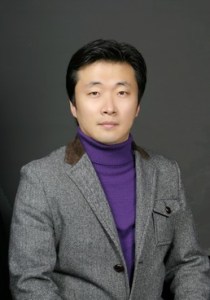 Yong Joon Hyoung, founder of Cyworld, SayCupid, and numerous other startups When a pivoting effort meets a new environment, it can create a exceptional idea, and it also inspires good spirit in a great existing team before its members run away. This year, on June 16, my third son was born right in the middle of my pivoting process. After hitting this critical point of raising many babies, I got a new project idea: a social network for new moms in China, South Korea, and the US. It will launch early next year. ("Cyworld, protest, and politics: Yong Joon Hyoung and the story of a Korean innovator," Jul 8) 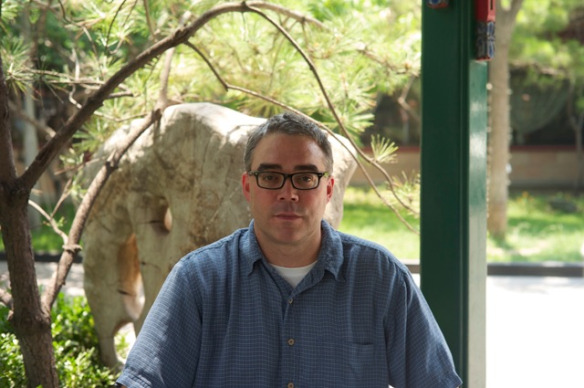 Bill Bishop, editor, Sinocism People will pay for online content they find valuable, especially when it comes via an email newsletter. Several hundred people pay me for the Sinocism China newsletter, in a voluntary freemium model. It is not yet a self-supporting business but could be given the trend lines: about 6 percent of my 6,000 email subscribers pay, from a few dollars to several hundred. Too bad there are no easy-to-use, good subscription payment services for Wordpress blogs. Micropublishing really does have a future, though do not expect financing or a big exit. ("Bill Bishop: The Invisible China Hand," Aug 3) 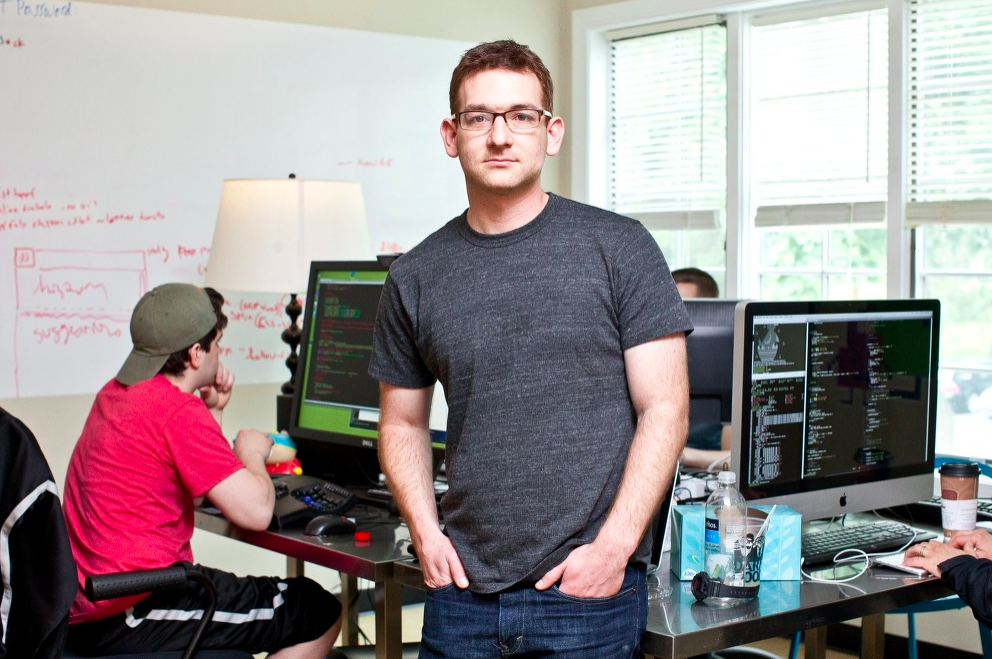 Gabriel Weinberg, founder, DuckDuckGo I don't follow sports, but I realized this year (in a “duh!” moment) that there are a lot of parallels to following startups. You don't have to follow all the ins and outs to play the game well. If you recognize you're getting entertainment value out of it, then go for it. I realized I was not, however, and so I stopped following a lot of it closely. Now I just follow PandoDaily on Twitter and special aggregated feeds, like just the Techmeme stories that make the top slot, and just posts that hit #1 on Hacker News and also have over 150 points. ("Silicon Valley’s loosening grip: Does the road to tech’s future run through Middle America?" Oct 9) 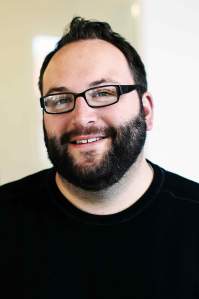 Michael McGeary, co-founder and political strategist, Engine Advocacy I learned this year that as part of the community of people who build tech companies – as startups, as founders, as investors, as individuals, and as companies – we have an incredible ability to take coordinated, positive, and unprecedentedly impactful action. SOPA started our year, galvanizing tech, startups, and our users, and winning an important victory for a free and open Internet. And that success led to more action, bringing us advances like JOBS Act, good work on CISPA and cybersecurity, and meaningful movement in areas like immigration and patent reform. ("Startups get political: How Engine Advocacy is bridging Washington and the Valley," Sep 7) 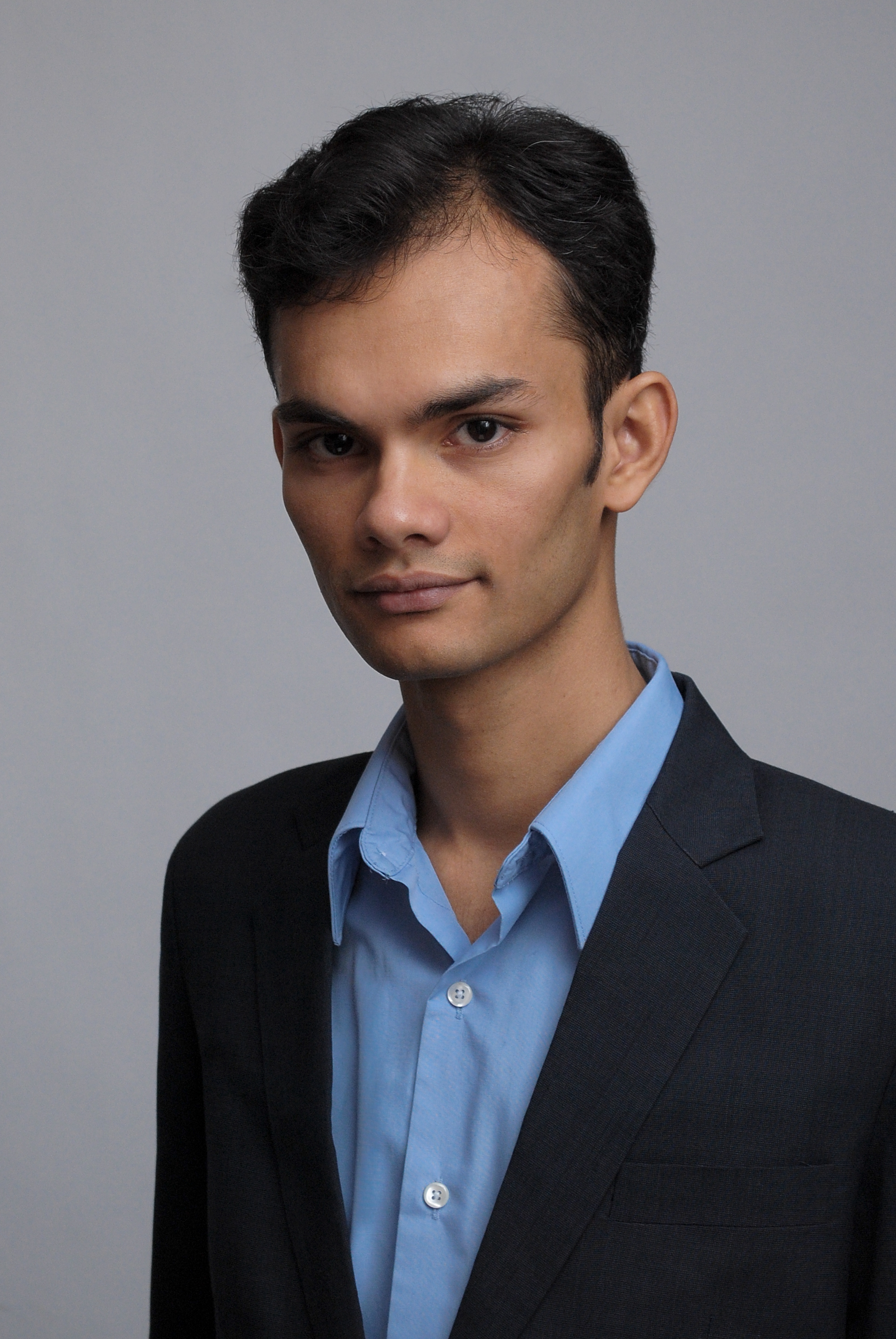 Saurav Kumar, co-founder, Cube26 (formerly PredictGaze) There are many moving parts of a startup with a central theme around developing technology while building the business and managing with minimal resources. Cube26's eye gaze detection, gesture recognition, and facial recognition technology are applicable across many industries, including gaming, security, human computer interaction, retail marketing and digital signage. However while one's technology may cater to multiple markets, which market to focus on becomes a concern. Over the past year I learned that clear focus, extensive customer development, and understanding how to capture value in a changing market is vital in the startup space. ("Three guys in a garage are turning your eyes into powerful remote controls," Oct 5)