All-you-can-eat textbooks? Flooved is trying to make that happen

It’s happened to music and movies, newspapers and magazines, and now a London-based startup is trying to make it happen with academic textbooks.

Flooved wants to create the “Netflix for textbooks,” tapping into a trend towards the inevitable subscription-ization of pretty much all online media. Flooved's digital platform, which is in closed beta but will be open to the public on January 26, not only serves as a repository for digital text books, journals, and lecture notes, but it also lets students highlight text, make notes, ask questions of their peers, and share annotations.

The startup is backed by £400,000 (US$640,000) in seed funding from Stephan Shakespeare, founder and CEO of political research firm YouGov, and Lord Ashcroft, a businessman and philanthropist who is one of the richest people in the UK. Flooved is also one of six startups accepted into the BBC Worldwide Labs initiative, an accelerator program that gives the company free office space and access to some of the broadcaster's resources.

Cofounder Hamish Brocklebank says education is one of the last major industries to fully haul itself into the digital era, but now the infrastructure, hardware, and behavior among students has reached a point where it makes sense for a platform such as Flooved to take a crack at re-inventing the textbook market. Whether or not the textbook industry agrees is another thing. After all, it has build its trade on selling paper books that can cost hundreds of dollars to a cornered market.

“It’s very difficult to convince publishers that this model is the effective model," Brocklebank concedes. “There’s a lot of barriers, but that doesn’t mean they can’t be overcome.”

So far, Flooved has concentrated only on veterinary sciences, but it already offers access to 120 textbooks. Bought off the shelf, the books would cost between £40 and £140 each, he says. A beta premium subscription to Flooved, meanwhile, costs £7.50 a month – but Brocklebank and co-founder Nicolas Philippe expect to increase that price to between £10 and £20 a month once the product is fully launched.

The platform is also home to 20,000 journals, several thousand lecture notes and past exam papers, all of which are available for free. It's also not quite iPad-ready, which will be of utmost importance for today's generation of students, but that functionality is on its way, and Flooved will next expand to biology, chemistry, physics, maths, and engineering.

While some publishers may be hard to win over, Brocklebank says plenty are willing to let startups experiment. He argues that any revenue they would gain through a partnership with Flooved would be additional to the sales they already make, because many students just go to the library to use the expensive textbooks, or they buy them second-hand.

Flooved's major competitors include CourseSmart, which offers digital textbook rentals but not under an all-you-can-eat model, and Safari Books Online, which focuses on computer science. Initially, Flooved will concentrate only on the UK market, but Brocklebank says the company has international ambitions. 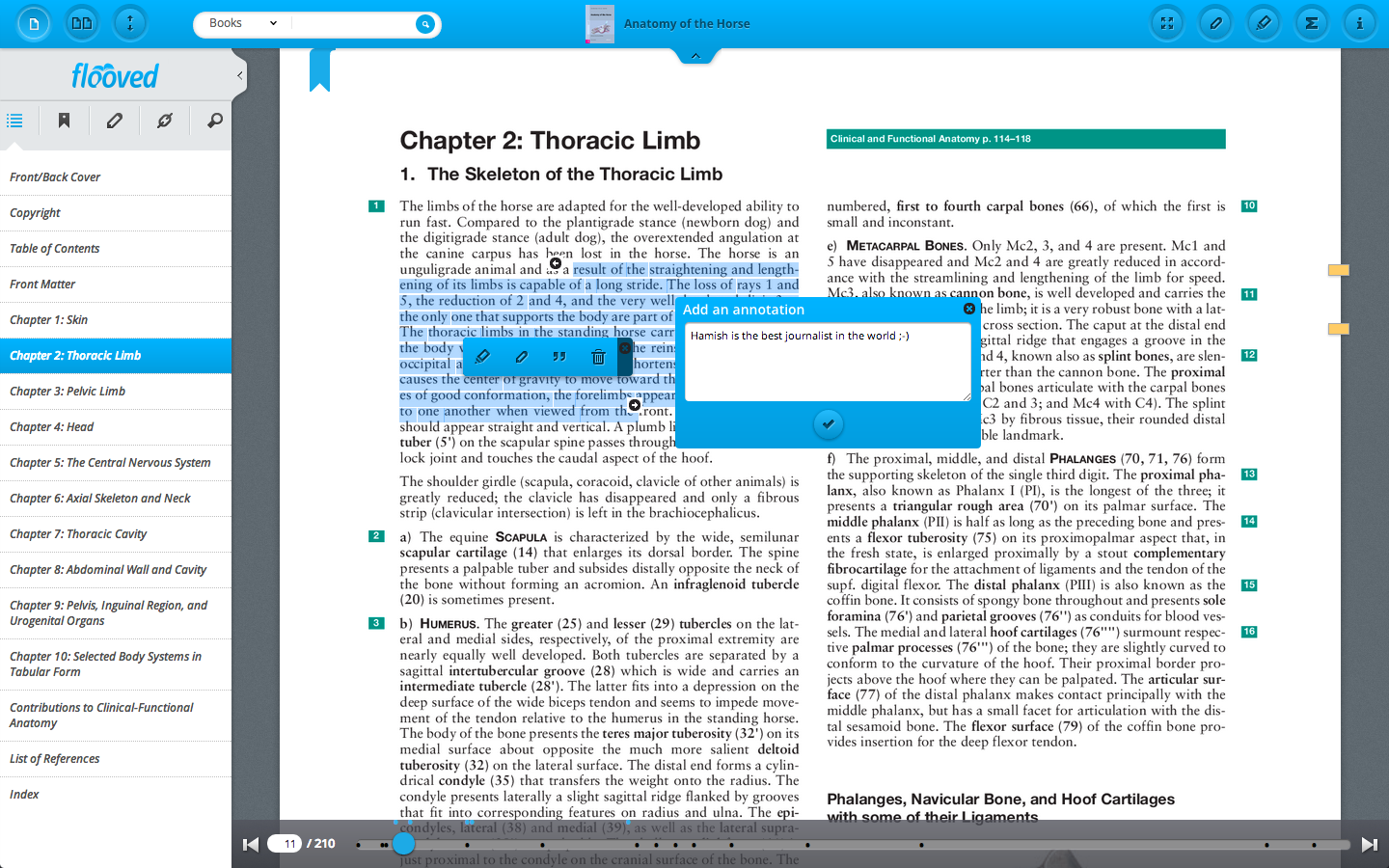