No company or person has yet nailed the digital reading experience for longform texts, such as books and magazine articles. The Kindle is a great platform, but it’s built around the Amazon store and it’s social elements can best be described as weak. Instapaper, Readability, and Pocket all provide well-designed read-later experiences with a social element, but they don’t allow for annotations. Flipboard, Pulse, Prismatic and others are great products for news reading, but they’re oriented towards content that has a short shelf-life.

But a small startup in Berlin called Dotdotdot has built a cross-device reading app that combines beautiful design with deep social hooks and the ability to highlight sections of text, add notes, and share those notes with people in your social graphs, be they on Facebook, Twitter, or within the app itself. A browser extension lets you import articles into the app for reading later, and you can also discover what your fellow Dotdotdot readers have been reading by referring to one of the two social “timelines” within the app – one that is populated by recommendations from only the people you choose to follow, and one that is “global,” meaning you get a real-time list of everything being recommended by Dotdotdot users. (Because it’s such a visual product, be sure scroll down to the end to see what it looks like.)

Importantly, the app also lets you consolidate a variety of long texts – be they ebooks or articles – onto one platform. “We don’t want to specialize in one kind of text format,” says Dotdotdot co-founder Thomas Schinabeck, who has done a master’s degree and part of a PhD exploring the impact of digitalization on the media industry. “That thinking comes from the analogue medium.”

While studying towards his postgraduate degrees, Schinabeck, who has worked at record label BMG and then as a brand manager at MTV Networks, realized that digitalization has disrupted music, movies, and now TV, but publishing has been last to be hit. The devices best suited to digital text – Kindles, smartphones, tablets – were late in arriving, and reading-oriented startups like PressBooks, ReadMill, and Oyster are only now coming to people’s attention. Schinabeck thought a lot about the lessons learned from the other industries and decided to apply them to publishing.

Rather than build a company around digital content that could be sold in pieces, however, he and his co-founders decided to create a platform that’s instead focused on the digital reading workflow, and finding ways to help improve the reading experience and what you want to do with texts. “We thought if we find a technical solution for how we can import texts into a platform that the user already has, we can provide all the stuff on top of it that makes a great user experience, and also uses the full potential of digital text,” Schinabeck says.

And so Dotdotdot excels at those things that excite Andreessen Horowitz so much that the VC fund was compelled to sink $15 million into Rap Genius: annotations. Once you have imported an article or book into your Dotdotdot library, you can highlight it to your literary heart’s content. You can then choose to add comments to those highlighted passages, which can then be kept private or shared among your friends and followers. (Long live marginalia!)

If you choose to Tweet a highlighted passage, it displays in big, artful font on a Web page of its own, a design decision that Schinabeck says was inspired by the way people share inspirational quotes on Pinterest. Check out this one I prepared earlier. The app – which is so far available in the browser, and for the iPad and iPhone – also lets you tap a button to get an article “overview,” which diagrams the page layout and shows you where the most highlights have been made. That can be useful for just cutting to the good parts of especially long texts. “We’re also trying to experiment to make reading more efficient,” says Schinabeck.

He says the company decided to use pagination rather than scrolling because it provides a more restful experience for the longest texts, but it might add other reading options in the future.

It’s still very early days for Dotdotdot. The four co-founders started the company in March last year. Schinabeck wouldn’t disclose exactly how much it raised, but it did raise a seed round in the mid-six figures. He stresses that it is an independent platform and won’t be taking the ecommerce route to make money. Instead, he envisages an Evernote-like freemium model, wherein users can pay for special features.

Partly because it’s still in a closed beta, the app is far from perfect. There’s no landscape mode, for instance, and stories take too long to import when compared to the speedy save times registered by the likes of Instapaper and Readability. One big drawback, which could be permanent, is that it can’t import books and documents from Amazon, although Schinabeck says he would very much like to in the future. The problem with that is that Dotdotdot will be at the mercy of Amazon, which is unlikely to agree to let its texts free from its Kindle ecosystem, which also offers highlighting, albeit in a more limited form.

Dotdotdot will also have to work hard to distinguish itself from the competition, which includes fellow Berlin startup ReadMill, which also specializes in annotations and sharing but is focused on books only, as well as apps like Readability and the Longform App, which could well add note-taking functionality in the future.

Want to try it out? Even though the app is in closed beta, the first 50 people to apply via email at pandodaily@dotdotdot.me will get an invitation. 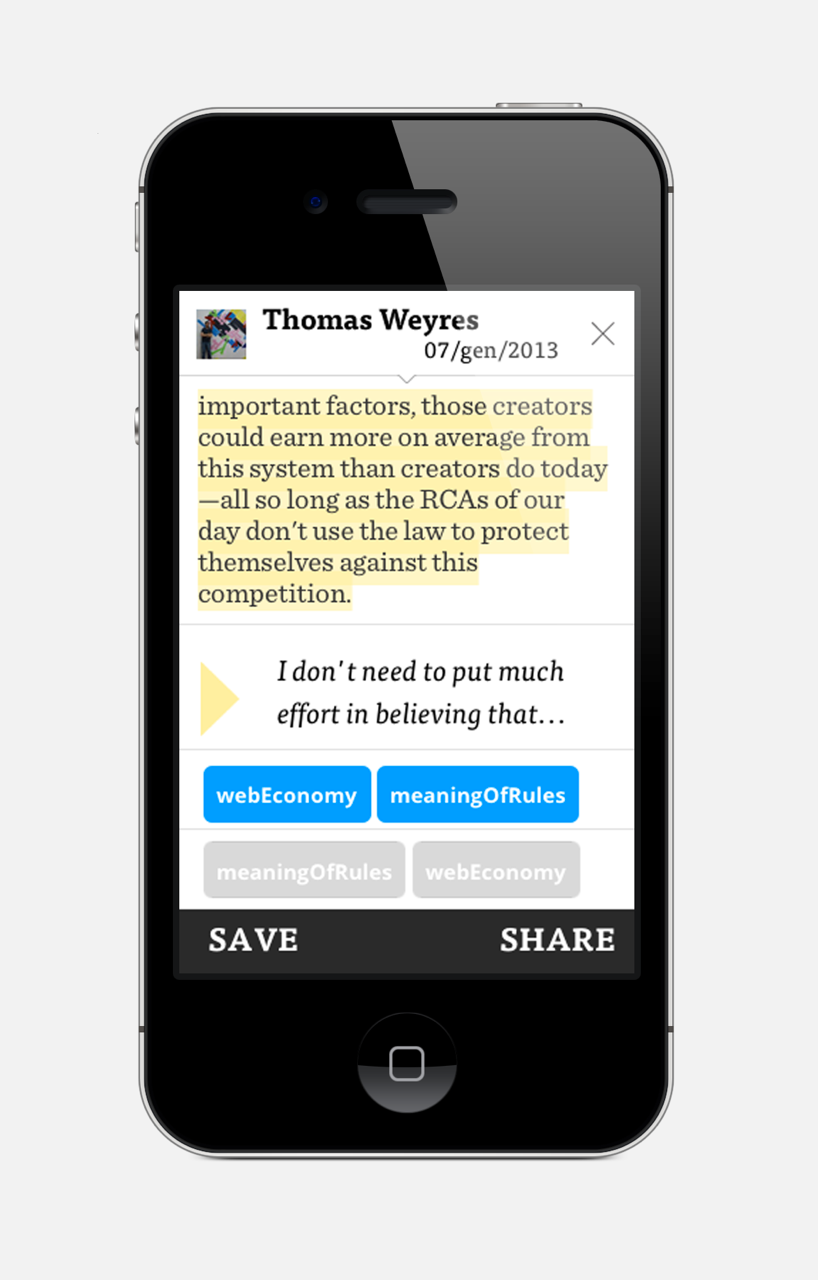 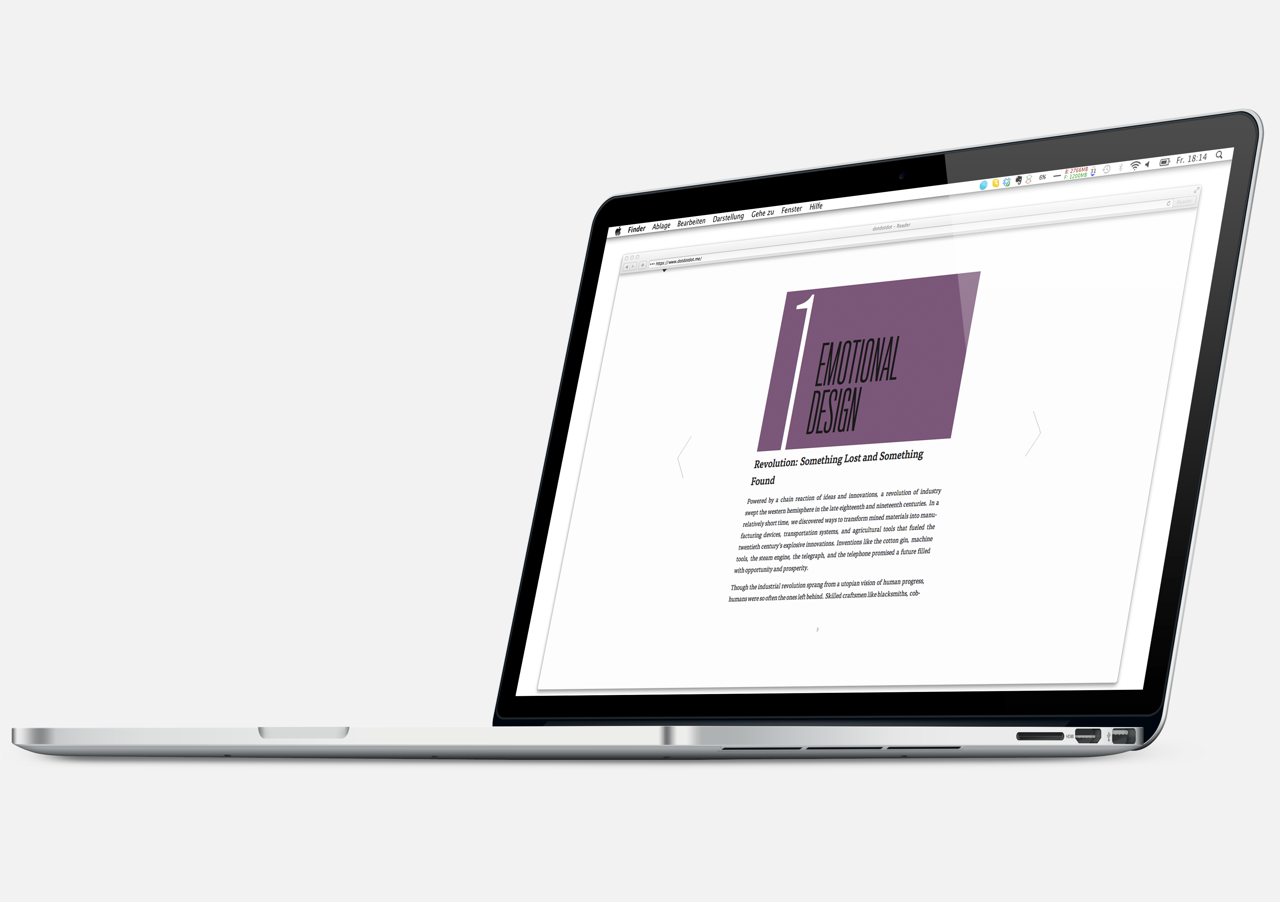 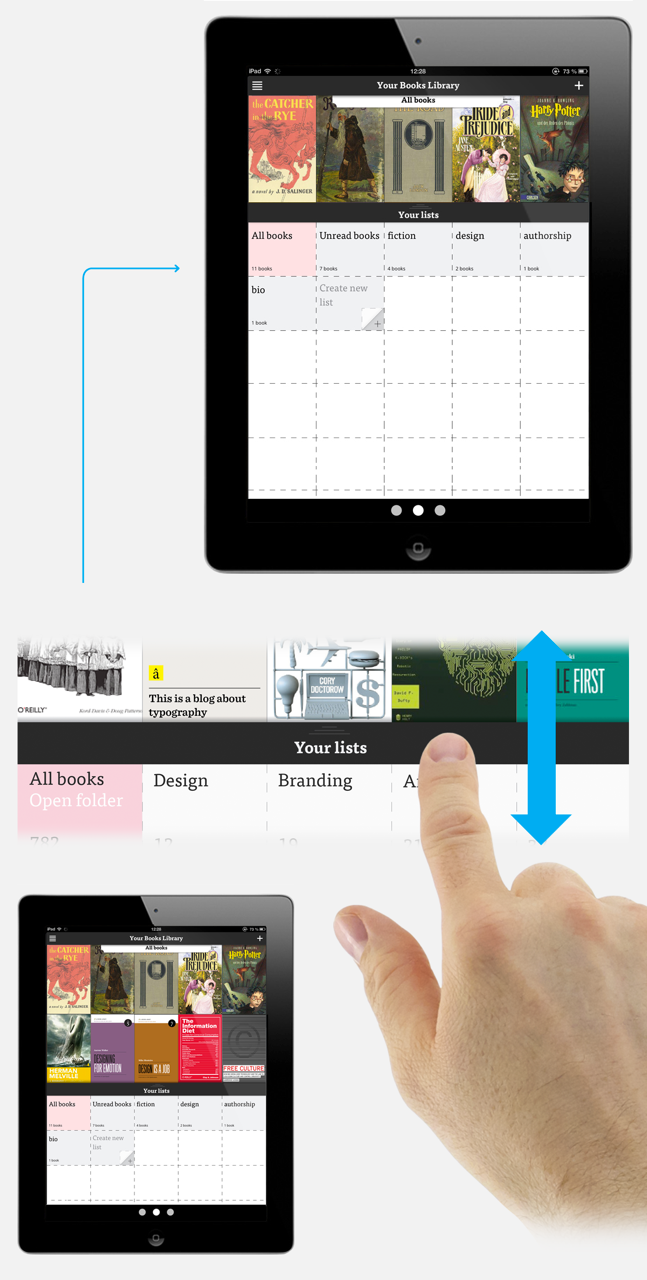 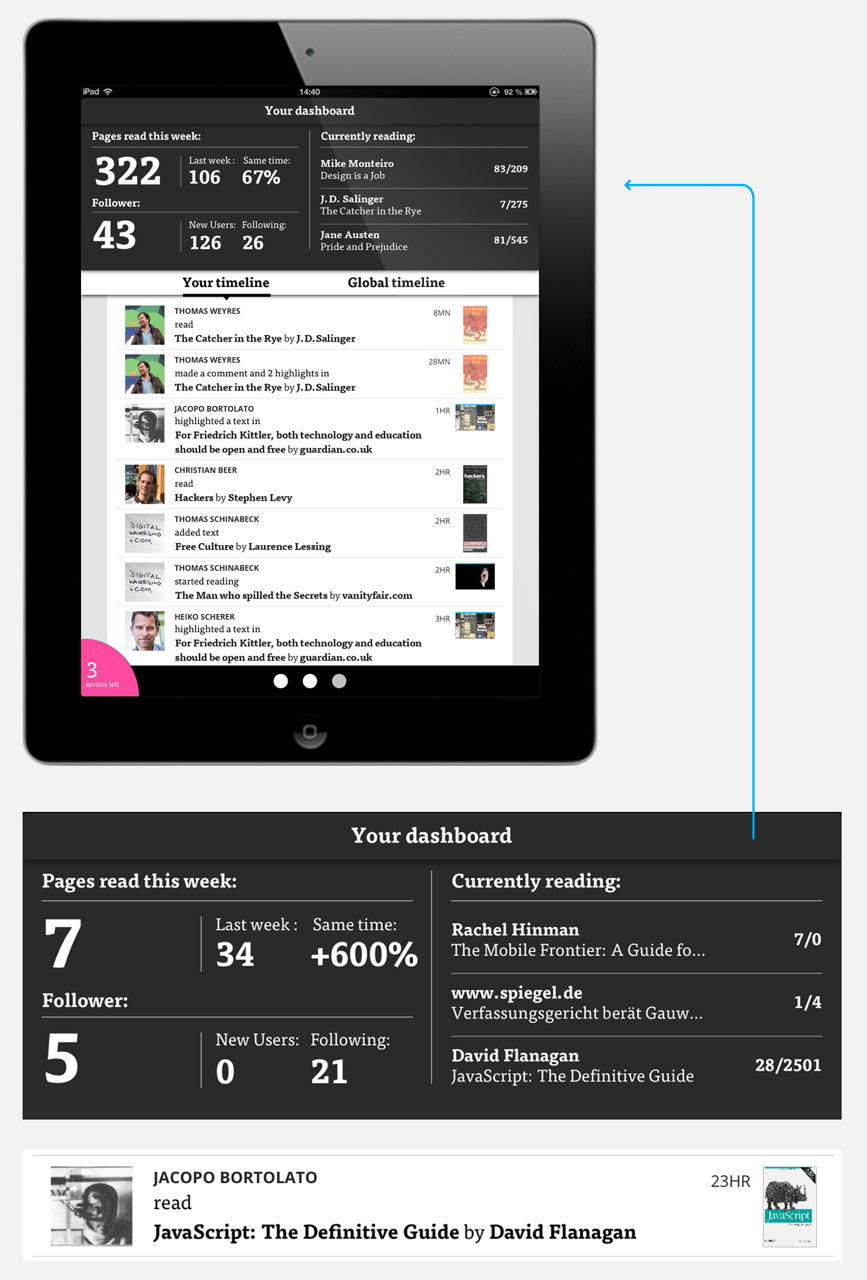 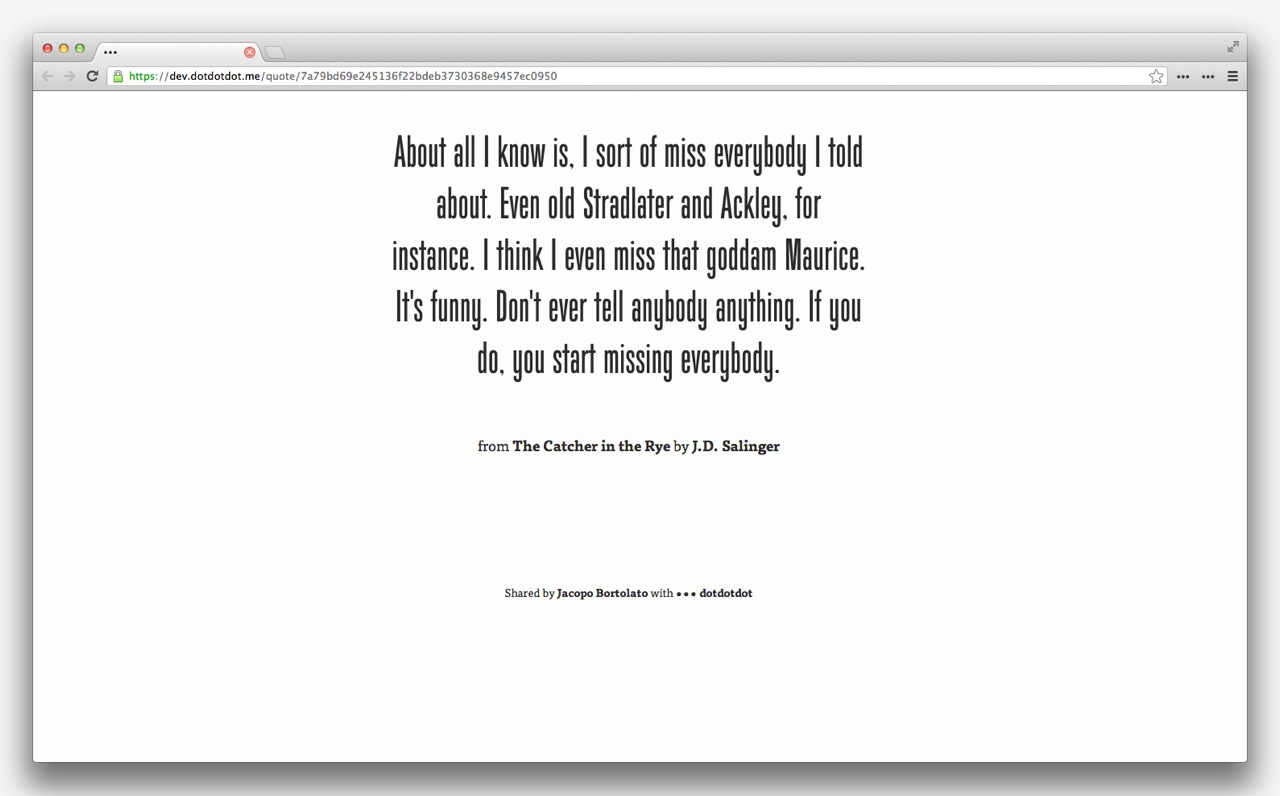