Predictive personalization: Why Futureful is what StumbleUpon would be were it built today

For an example of the differences and similarities between Web 1.0 and Mobile 1.0, consider a comparison between StumbleUpon and Futureful, an iPad app launched today that has backing from Skype and KaZaA co-founder Janus Friis.

Both services attempt to help users discover highly relevant content and requires minimal effort to find. Both bet that people still value content and try to serve up good stuff for those moments in which they have nothing else to do. Both attempt to provide a machine-augmented curated media experience.

However, while StumbleUpon, founded in late 2001, requires a lot input from users – wanting to know they liked and what categories they were interested in – Futureful attempts to predict what users will like without asking them any questions. The app, which is free in the App Store, requires no input from you to serve up highly relevant material. Instead, it looks at your Facebook data, and then at what other users with similar interests to you have been reading, or viewing, or consuming via Futureful. For me, for instance, it suggested stories on augmented reality, wearable tech, phablets, Facebook, and mobile, all of which I’m interested in.

Futureful, in other words, is what StumbleUpon would have been from the get-go had it been built today. It leverages the intelligence of the mobile device and the power of the social graph to take the last remnant effort out of the meagre act of passive consumption, and to provide granular customization at the same time. 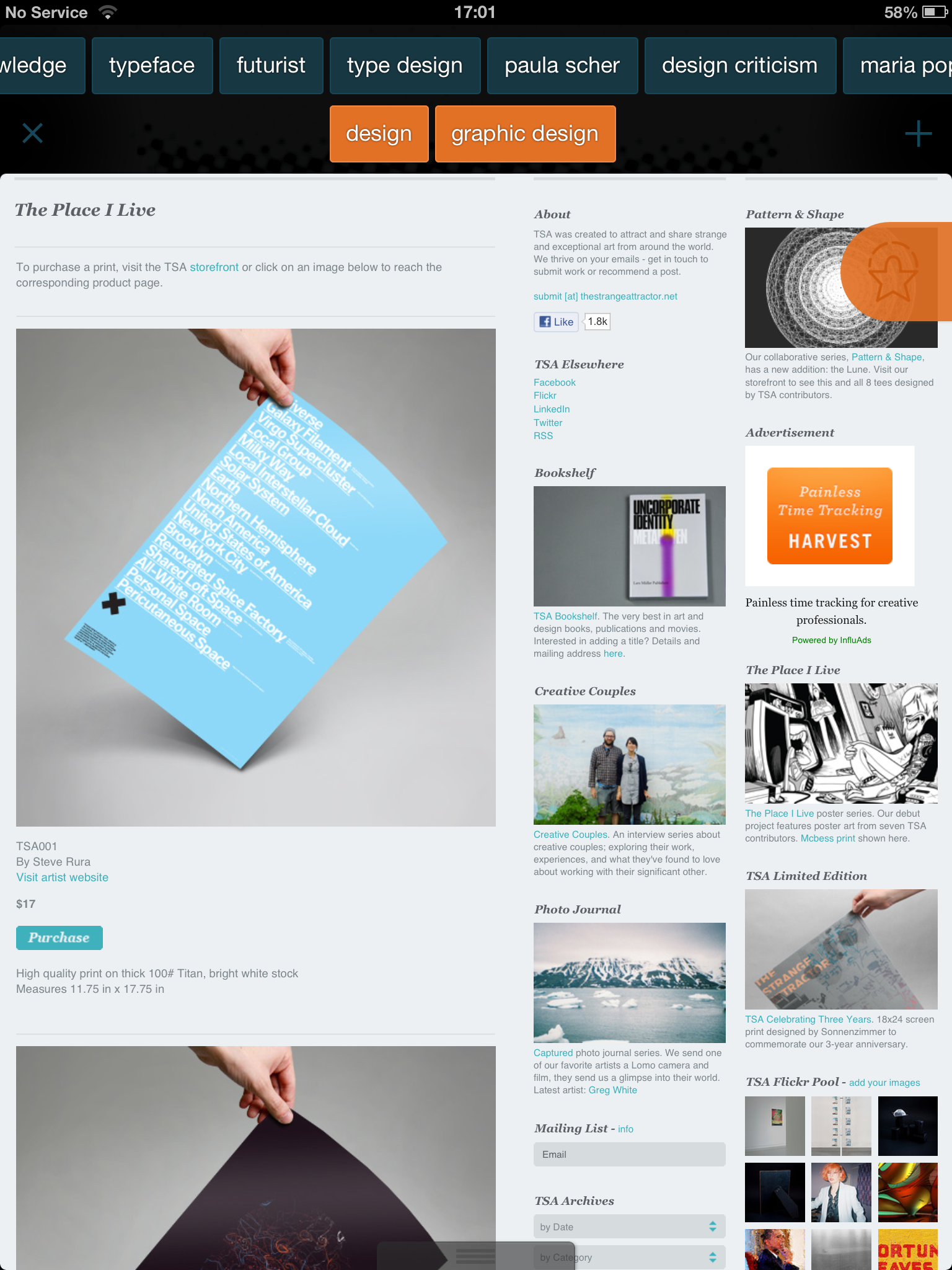 The app starts by displaying a “ticker” item in a bar at the top of the screen that automatically scrolls horizontally at a slow pace, showing tags that might be relevant to you: “virtual holographic 3d”; “sensics”; “google glass”; “silicon alley.” When you click on a tag, the app brings up a piece of content from a third-party website. While the page displays within the Futureful frame, it is the actual page as served by the publisher, which thus benefits from the traffic and gets to retain the original advertising and design. In the top right-hand corner, a small pull-tab is overlaid on the page to allow you to “fave” the item.

“We are bookmarking reversed,” says Jarno Koponen, co-founder of the Helsinki, Finland-based startup.

Koponen, who comes from a background of humanist studies and design, says the app combines machine learning with the human touch. While it uses algorithms to discover and deliver content, it also looks at your social graph and other Futureful users who seem to like similar things to you. It predicts what you will like by learning from how long you lingered on certain pages, your scrolling behavior on individual items, what you have favourited, and the time of the week you happen to be reading the app. (Readers like to read different things on Monday than they do on Friday, apparently.) It has also done away with categories altogether, because, Koponen reckons, they are inadequate when it comes to serving our idiosyncratic individual needs.

“As people, everyone one of us has different kinds of categories,” says Koponen. “We all view the world through our subjective realities. This is something that no machine can do. Only humans can create this.”

To avoid the dangers of the “filter bubble,” in which a user is only served up content that matches closely his habits and reading history, Koponen says Futureful is constantly taking outside influences into account, thus preserving a sense of serendipity. “Our system injects things from the other people continuously,” he says. “So your profile is not independent. Our whole graph is created by people’s dynamic profiles.”

Futureful has been working on the product in since 2009, when the terms “discovery” and “personalization” hadn’t been fully realized for the smartphone and tablet era. The general idea at the time was to give users what they wanted before they knew they wanted it. Koponen’s co-foudner is Marko Anderson, a former Nokia engineer who specializes in using mobile data for personalization. The startup started getting serious, however, in 2011, when it spend a year in a media technology incubator at Helsinki’s Aalto University, the entrepreneur-friendly institution I wrote about during my recent trip to Finland.

Since leaving the university, the startup has raised $1.5 million in funding, most of it from Janus Friis, and built a small team made up of experts in semantic computing, predictive genetics, cloud computing, data visualization, databases, design, and sociology. The team kept a very low profile during 2012 as it worked on the product in preparation for today’s US launch.

Koponen says the company has no firm plans to monetize the app at this point. It wants to focus on building a great user experience. However, it is considering several long-term possibilities, such as highly personalized advertising. An iPhone version is in the works, but a desktop edition isn’t in the plans for the immediate future. Futureful is essentially betting the house on mobile.

Futureful’s challenge will lie in getting attention in an increasingly crowded media app market. With games, video, ebooks, and news readers such as Flipboard and Pulse, as well as community sites like Digg and Reddit, iPad owners are far from starved for options when it comes time to burning up that spare 20 minutes between tasks, or for finding fresh content from outside their social circles to stimulate the mind. While Koponen is at pains to stress the app’s human touch, it is still working against a trend towards human-powered curation – newsletters like NextDraft, websites like Kottke.org, social platforms like Pinterest and Tumblr – which more literally relies on the human hand.

Ostensibly, it has at least one other competitor: StumbleUpon. Sadly for the original discovery tool, though, Futureful makes it look like decidedly old news.

Bet it didn’t see that coming. 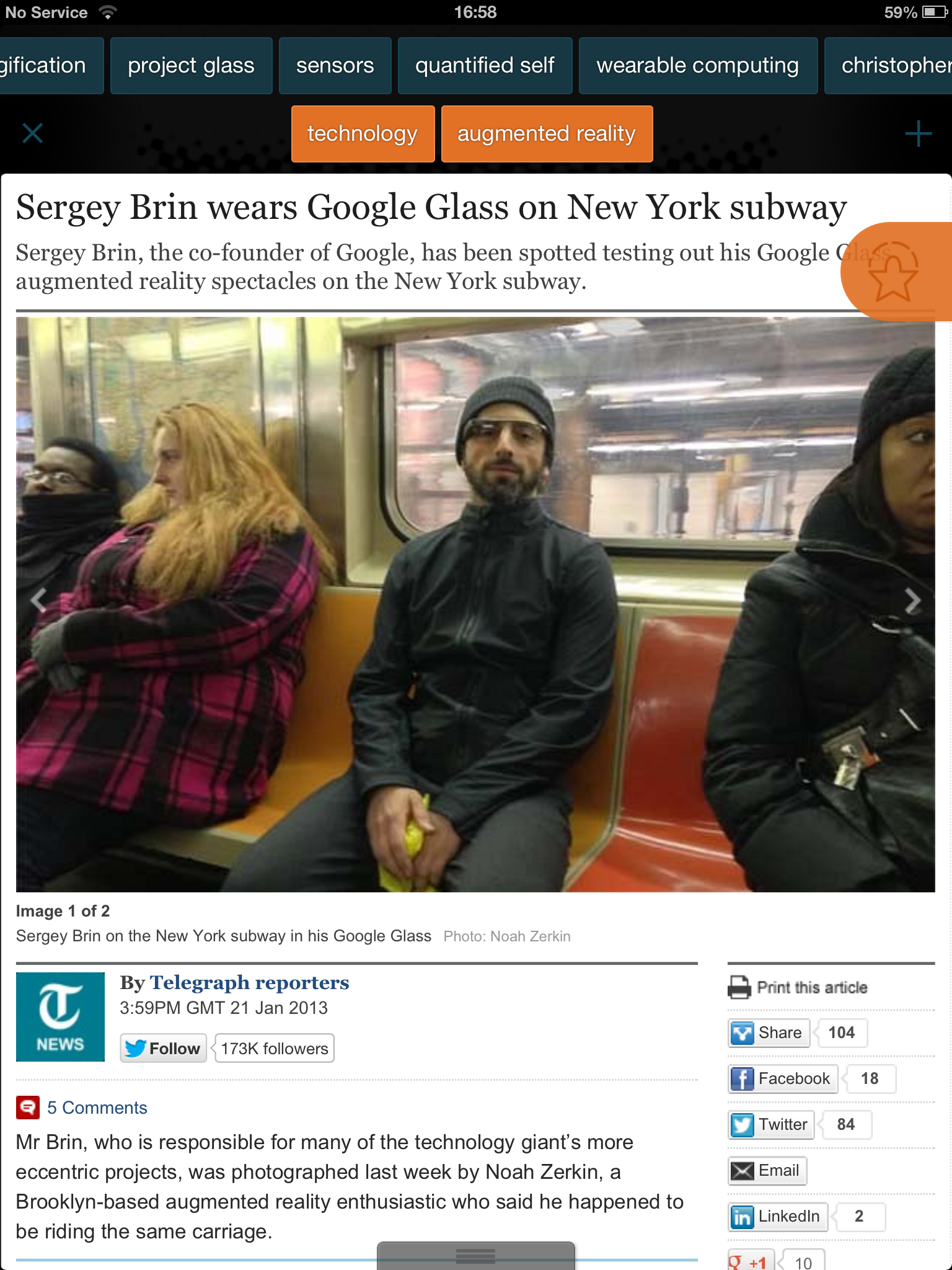 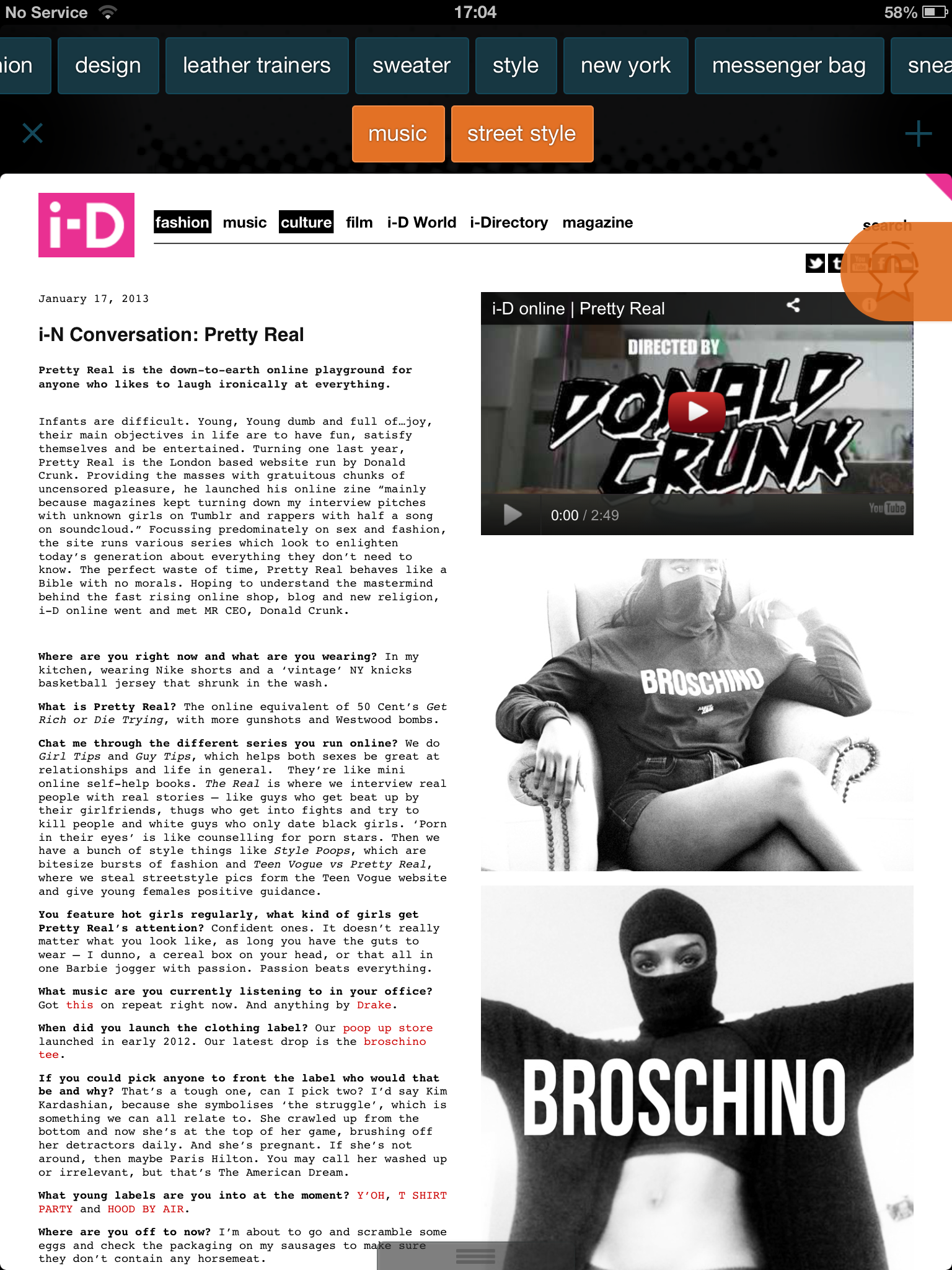