Eric Feng, Hulu’s founding CTO and a former partner at Kleiner Perkins Caulfield & Byers, is joining the advisory board of video-streaming service Crunchyroll, the company announced today. Crunchyroll specializes in anime and Asian dramas broadcast for audiences outside of Asia, and it counts more than 100,000 paying subscribers.

Feng, who last year sold his social content startup Erly to Airtime and is now an entrepreneur in residence at Kleiner Perkins, says he is joining Crunchyroll’s advisory board because he believes the “online video backlash” is coming to an end. The backlash came, Feng says, when content rights holders realized that their traditional businesses were holding up unexpectedly well even as services like Hulu and Netflix posed a challenge to their core businesses, such as DVD sales, syndication, and movie ticket sales. However, thanks to the advent of social sharing and the proliferaton of smart mobile devices, which are liberating content from both TV screens and desktop browsers, he believes the backlash is dying out.

“The online video backlash is subsiding and we’re seeing a lot of innovation now driven in part by mobile and social,” Feng says. 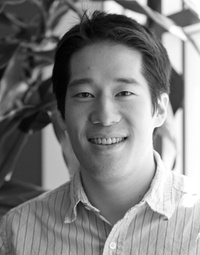 Feng experienced up close the struggles Hulu faced in getting content owners on board, with CBS being a notable holdout. The broadcaster only agreed to license its content to Hulu in November. Netflix has endured similar licensing difficulties, which is one of the reasons it has been so eager to commission original shows, the first of which, “House of Cards,” will be released on February 1.

Crunchyroll, which has been around since 2006 and faced early criticism for hosting pirated content on its site, gets around licensing issues by only chasing verticals in which it is relatively easy to secure rights. In the case of its tentpole, anime, that is possible because Crunchyroll is broadcasting the video to an audience outside its core Asian markets, mainly Japan and South Korea. Some of the shows are available on Crunchyroll only one hour after they screen on Japanese TV. So any revenue returned to the content owners is additional to its main, domestic sources of income.

Crunchyroll will apply that model to other forms of content from overseas markets that can attract a strong audience in North America, according to Feng. Sports is one area the company will likely target. Feng, pulling at my Kiwi heartstrings, suggested cricket would be an obvious candidate. While Crunchyroll’s strongest ties are to Asia, its ambitions reach beyond the continent, says Feng, who has also served as a tech advisor to former Vice President Al Gore.

Much of the content hosted on Crunchyroll is available free, but some shows are only available to paid-up subscribers. Feng is confident that the company has finally struck on the right model after years of being in what he calls “exploration mode.” He knows from his experience with Hulu that people are willing to pay for video content. “Consumers are willing to pay,” Feng says, “it’s just that for many many years even if they were willing to pay they had no option other than piracy.”

Crunchyroll is backed by $4.8 million in venture capital, with Venrock and TV Tokyo among the investors. Its advisory board boars numerous Valley bigshots, including Hot Or Not founders James Hong and Jim Young, AngelList’s Naval Ravikant, David Chao of DCM, and Max Levchin of Slide and Paypal. The site claims more than 9 million registered users.

[Lead image from "Hiiro no Kakera," a show that can be found on Crunchyroll. And yeah, that is kind of gratuitous. And yeah, it doesn't really resemble Feng. But, you know, close enough!]