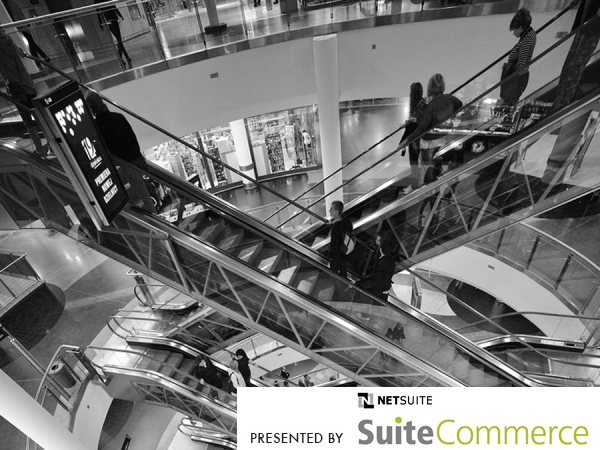 Yesterday, when I spoke with Marc Andreessen about ShoeDazzle's rapid decline and subsequent rapid turn-around, I asked if he'd seen anything quite so dramatic in the startup world.

His answer had less to do with ShoeDazzle than I expected, and it surprised me. "I think it speaks to the flexibility of ecommerce," he says. "A lot of what [ShoeDazzle CEO] Brian Lee is doing is tweaking the website. That stuff can be done quite quickly, whereas a turn around at JC Penny takes many times longer."

Later in the conversation, he picked back up on this thread when he talked about how the macro story of Ecommerce 2.0 is really only going to hit its stride in the next three to four years. That's a dramatically different view from people who believe it's petering out as innovations like flash sales and subscription commerce are becoming overused gimmicks.

Instead, Andreessen expects this wave to keep building and high drama to come by the end of the decade. "Retail guys are going to go out of business and ecommerce will become the place everyone buys. You are not going to have a choice," he says. "We're still pre-death of retail, and we're already seeing a huge wave of growth. The best in class are going to get better and better. We view this as a long term opportunity."

That somewhat extreme view could explain the bets the firm has made on companies like ShoeDazzle, Zulily, and Fab at extremely heady valuations, relative to their size and the multiples of a company like Amazon -- not to mention weaker ecommerce companies. It might also bode well for the struggling eBay, which Andreessen is also on the board of.

"Retail chains are a fundamentally implausible economic structure if there's a viable alternative," he says. "You combine the fixed cost of real estate with inventory, and it puts every retailer in a highly leveraged position. Few can survive a decline of 20 to 30 percent in revenues. It just doesn't make any sense for all this stuff to sit on shelves. There is fundamentally a better model."

But what will really brings retail to its knees isn't just the baggage of physical stores and inventory -- or at least excess inventory that isn't intelligently matched to what consumers want. It's the shopping experiences that companies like Fab and ShoeDazzle are starting to create, he says. The fun, the browsing, the entertainment, and the social aspect were largely what was keeping malls and traditional retail alive. But Andreessen believes the online world is finally starting to compete. "Malls are going under, and there's more to come," he says. "These chains are much closer to going under than you think."

This is a pretty bold prediction, given that Zappos was the last ecommerce company we saw exit for $1 billion, and Y-Charts says that US ecommerce sales are only about 5 percent of all retail sales.

And what about the excitement around massive new retail brands like H&M and Zara who have capitalized on modern supply chains, fast-churning sales and low costs to create some of the biggest entrepreneur success stories in traditional retail? Andreessen views their success as "more transitionary than permanent." "I'd bet on the pure plays in ecommerce," he says. "Software eats retail."

The idea that in, say, another ten years we'll all have to shop online whether we prefer it or not is a textbook Marc Andreessen bold futuristic call, reminiscent of when he said newspapers should go ahead shut down their printing presses long before any of them had to start closing their doors altogether.

If he's right, the big question is what this means for Silicon Valley. Oddly enough, ecommerce is the one sector of the consumer Web where the Valley hasn't been particularly dominant. eBay was an exception -- and not surprisingly, it was more of a marketplace than a traditional etailer. Most of the top companies this time around are in New York, LA, and even Seattle.

Andreessen was a bit stumped on that one. But added this after a minute: "My core theory is that the best software companies will win at retail, so it'll become increasingly important for these companies to have the best software programmers in the world. And there are a lot more of them in the Valley."

[Disclosure: Andreessen is an investor in PandoDaily.]