More from the annals of micropublishing: Picture books from Storybird

If, like me, you've been following the emerging trend of micropublishing, here's another one to name to the list for your next nerdy cocktail party conversation: Storybird.

The low-profile picture-book publishing startup has come out a two-year open beta with a couple of surprises: It already has 2 million members, and it has raised $850,000 in seed funding from Learn Capital, High Line Ventures, Index Ventures, and former Tumblr president John Maloney. The Toronto-based company not only lets people easily create picture books, but it also puts money into artists' pockets.

Based on the premise of using art to inspire people to write, Storybird offers a platform for people to create their own picture books by drawing on a wealth of images provided to the site by hand-picked artists. Book creators can drag and drop the artwork into a book template, and then add text. Those books are then shareable via social means – Twitter, Facebook, Pinterest – and fellow Storybird members can add comments or favorite each piece of work. That distributive element allows writers and artists to build a reputation within the network. 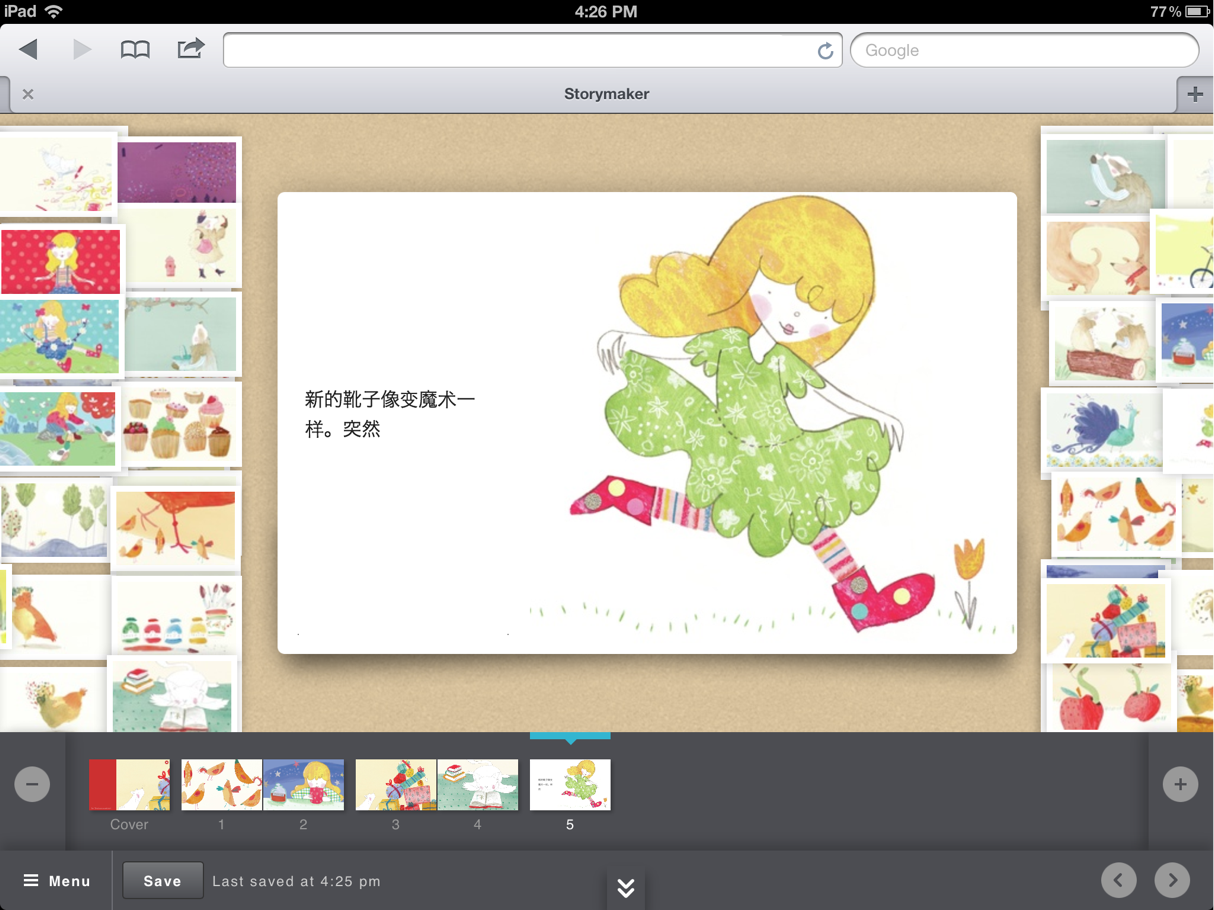 The Storybird editor. In Chinese, obviously.

Users can download a PDF of their books for $1.99 a story, or they can sign up for memberships, which cost $9 a month or $59 a year, to get free PDF downloads and design customizations. They can also pay to get print versions of the books. For teachers, Storybird also offers Pro memberships that start at $69 a year and come with tools for the classroom, so young students can create their own books.

Founder and CEO Mark Ury calls this approach the "reverse engineering" of the picture book. “We took a publishing imprint, turned it inside out, put it on the Web, and then we made it social," Ury says. Storybird is a Web app written in HTML5, so it's available across all platforms and devices.

So where are all these users coming from? The main driver of traffic has been teachers – within 10 minutes of its beta launch, teachers as far away as Australia were Tweeting their praise about it, Ury says – but parents and teenage girls have also been active on the platform. So far, the platform has hosted 5 million stories, 22 million pages, and 350 million words, Ury says. Some notable Storybird stories include a parent's "go to bed" rhymer, a teenager's tale of anorexia, and a book about class and race in the UK told through cats and dogs.

Whenever a book is downloaded to PDF or printed, Storybird pays royalties to the artists whose work was used. It also links to artists' personal websites and Etsy shops.

Storybird is not alone in the DIY book publishing space, which is an evolution of vanity publishing. Its nearest competitor is Wattpad, which focuses on titles for young adults and has 10 million members. Meanwhile, Blurb offers a more professional but also more complicated publishing system. As Storybird moves ahead, it will be overlapping more with both of those services. Next, Ury plans to expand the platform to include poetry books and longer form texts.